A. Sutherland - AncientPages.com - The Trialeti Culture is named after the Trialeti plateau region of Georgia. The Trialeti people inhabited the region southwest of Tbilisi but their traces have been also discovered in part of Armenia. 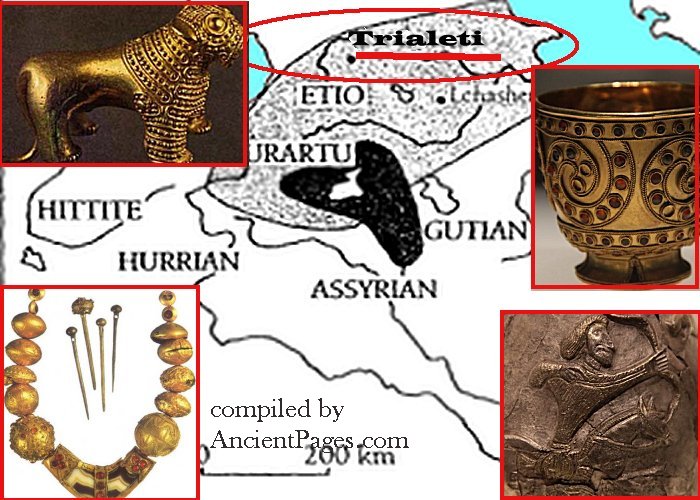 Fascinating finds showed that the region was inhabited by cattle-raising tribes, whose chieftains were powerful and wealthy; others were skilled metalworkers, making beautiful jewelry from gold and silver.

The Trialeti Culture appeared after the earlier culture of Kura-Araxes that existed from 3400 BC until about 2000 BC and was also known for their decorative ceramics and the bronze smelting technology in the mid-fourth millennium BC.

Both these traditions were successfully continued by the Trialeti people.

Excavations conducted decades ago in the Trialeti region revealed rich burial mounds dated from 2100 to 1500 BC and containing gold and silver objects. The largest of the mounds was 12 meters high and 100 meters in diameter.

The finds in the Trialeti tombs show that these people were famous for their skills at metallurgy. They were highly accomplished at smelting, forging, soldering and decorating objects with a high level of precision and craftsmen were masters in creating exquisite jewelry and their fame reached many countries of the ancient world. 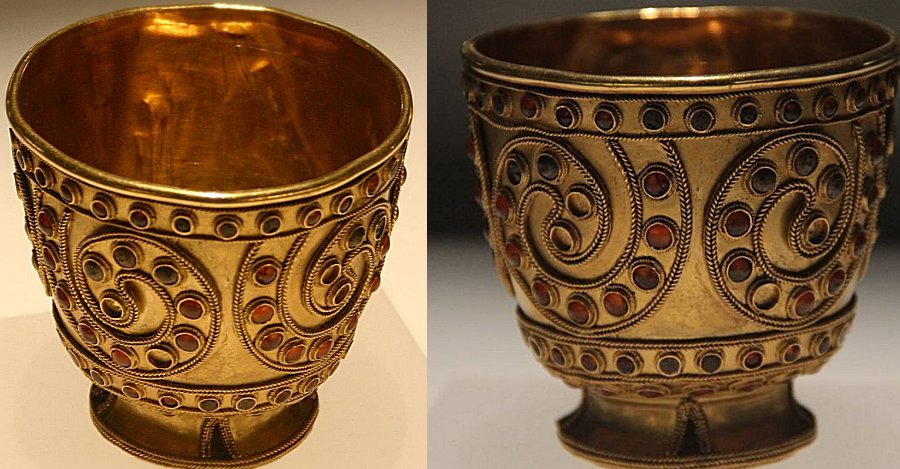 However, the culture is best known for large and elaborate, underground tombs and kurgans and cobbled access roads.

These kurgans are famous for their rich grave goods in form of that contain ceramic objects, tools, and unique jewelry in gold and silver.

Decades ago, more than forty huge burial mounds related to this culture, were unearthed. The oldest of them dates back to approximately 2100 BC, while the rest - arranged in chronological order – refers roughly to the 15th century BC. There are several types of tombs, many of which have achieved quite an impressive size. The graves of the leaders and representatives of the rich tribal aristocracy contained cremated remains placed on or near wooden four-wheel carts drawn by oxen.

They were placed in a huge burial pit about 10 meters deep, located next to them there were remains of cattle and sheep, jewelry, gold and silver vessels, and pottery, black-burnished and ornamented with imprinted triangles.

Interestingly, among the many animals sacrificed during the burial of the dead, archaeologists did not reveal any traces of the horses, although these animals were in daily use in the Caucasus. Apparently, the Trialeti people had religious, economic or other taboos forbidding the sacrifice of horses at the funeral. 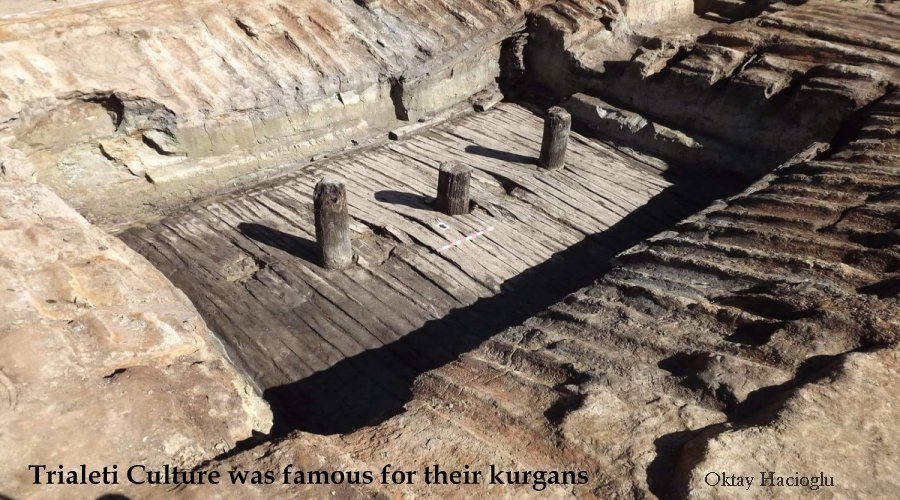 Only one body was found in each of these burial mounds. Most mounds did not contain any weapon or a very modest number of weapons, which shows that these people were the leaders of the peaceful population and instead they were dedicated to agriculture and breeding cattle, sheep, goats, pigs, and hunting.

The elaborate burial rituals suggest a complex social structure of Trialeti people but almost nothing is known about their domestic life because excavations have revealed very few traces of Trialeti settlements. 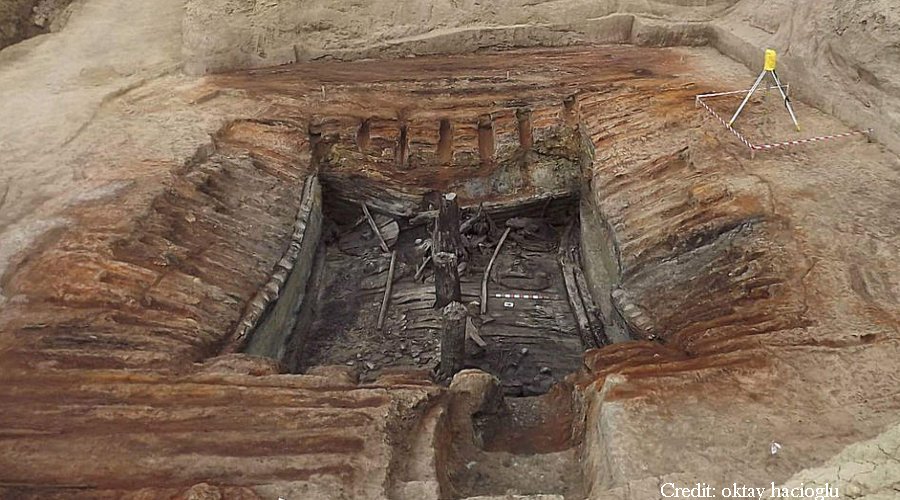 It is still unclear - where these people lived.

The Trialeti culture left in legacy not only burial mounds and artifacts of gold and silver but also a multitude of stone circles, standing stones, and cyclopean structures.

Archaeological evidence suggests that this culture had close connections with the highly developed older civilizations to the south in the Fertile Crescent, a crescent-shaped region that includes Mesopotamia, the land in and around the Tigris, and Euphrates rivers; and the Levant, the eastern coast of the Mediterranean Sea. In modern times, this region is occupied by Iraq, Syria, Lebanon, Cyprus, Jordan, Israel, the State of Palestine, Egypt, the southeastern part of Turkey, and the western peripheries of Iran.