Jan Bartek - AncientPages.com - There is a fascinating ancient underwater cemetery in Florida, North America. It is called Windover Pond, and it is 8,000-year-old. Windover Pond is older than the Great Pyramids of Egypt and can help unravel the mystery of ancient Americans. The human remains discovered in the Windover Pond can even rewrite the ancient history of America.

Windover Pond, east of Orlando Florida was discovered by chance in 1982. When archaeologists investigated the submerged burial place, they found several well—preserved artifacts and numerous individuals buried in the peat at the bottom of the pond. Today known as the Windover bog bodies, these remains are a perplexing archaeological mystery. 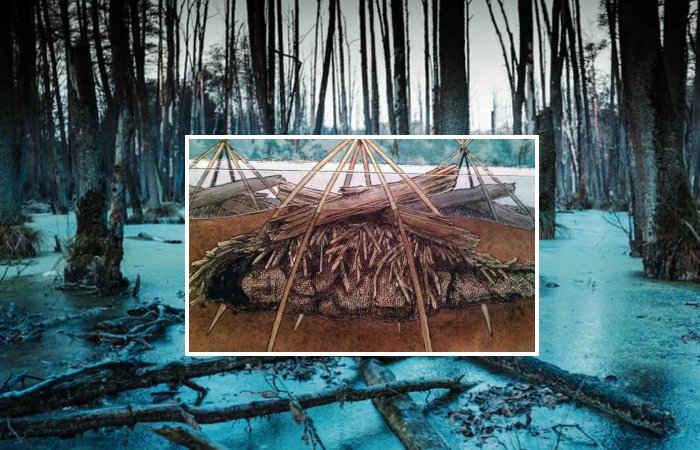 Large image: The Windover site. Credit: Seven Ages - Middle image: illustration of one of the bog bodies found at the site. Credit: Brevard Museum of History and Natural Science

This site is exceptionally unique in North America for several reasons. For one thing, the age of Windover Pond makes it an important archaeological and historical site. It is also rare to find underwater burials where artifacts and human bodies have been so excellently preserved. Perhaps, from a scientific point of view, the most significant part about this site is discovering a large number of bog bodies. As many as 168 bog bodies were found in Windover Pont, allowing scientists to study a large sample of DNA.

Who Were The People Buried In The Underwater Windover Cemetery?

There are many bog bodies in European peats, but they are not as well-preserved as the Windover bog bodies. There must have been some elements in the Windover sinkhole that helped protect the brain tissues all these thousands of years.

Scientists suggest "that the slight acidity and high mineral content of the water in the sinkhole might contribute to their longevity. The preservation of brain tissues is reflected by preservation of ancient DNA, and the Windover sinkhole has yielded one of North America's large ancient genetic populations." 1 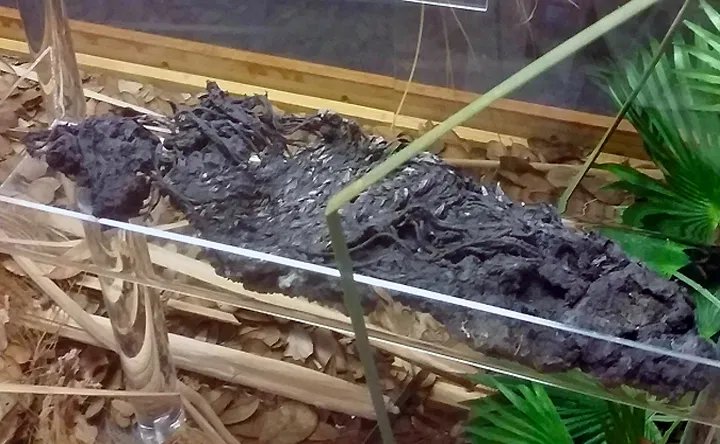 One of the most significant elements of the Windover site was the discovery of the oldest complexly woven cloth made of plant fiber in the Americas. Pieces of 7,000 to 8,000-year-old fabric were found with human burials at the Windover Archaeological Site in Florida. Since the burials were in a peat pond. The fabric had turned into peat but was still identifiable. Credit: Brevard Museum of History and Natural Science

When scientists started to examine the Windover bog bodies, they were surprised to see the results. Windover Pond has "yielded dozens of extraordinary well-preserved brains with analyzable DNA. William Hauswirth of the University of Florida College of Medicine identified two mtDNA variants in the Windover material that he had not seen before." 2

Some years ago, Andrew Merriwether, a geneticist of the University of Michigan, did one of the most extensive surveys of mtDNA sequences from modern and ancient native Americans.

Hauswirth contacted Merriwether and asked him to take a look at the DNA results.

Hauswirth learned that Merriwether had identified the same variants. Named X6 and X7, these variants "had been found in a number of modern and South American Indian populations. Their presence remains as early as those from Windover indicates that they were likely among the variants that came to the New World in the original migration." 2

When Hauswirth extended his DNA study, "one particular element caught his attention.

At one specific locus, all except one of the individuals shared one allele in common. In many a less variable region this would not merit comment, but in this highly variable part of the genome, it did suggest a blood connection between the individuals. 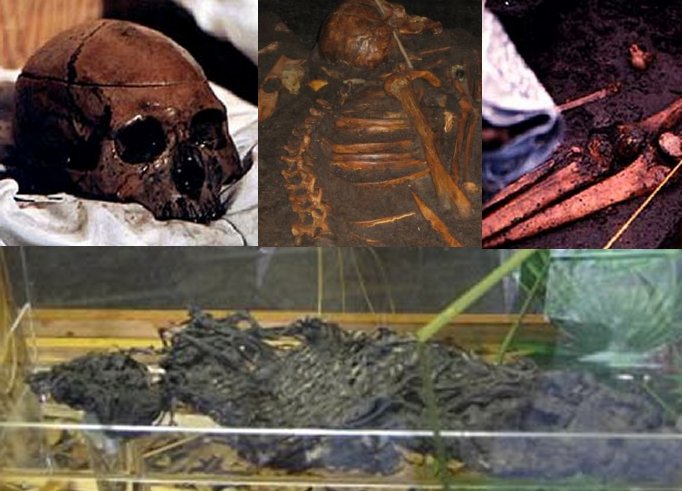 This possibility Hauswirth was able to explore by looking at some other highly variable regions. Like many interested in recovering ancient kin patterns, he turned to microsatellites. Hauswirth and his colleagues focused upon one particular gene on the first human chromosome.

This gene contained one of those microsatellites that Hagelberg had exploited, made up of tandem repeats of the cytosine-adenine couplet. There may be fewer than ten, or more than twenty couplets in the microsatellite, according to genetic lineage. 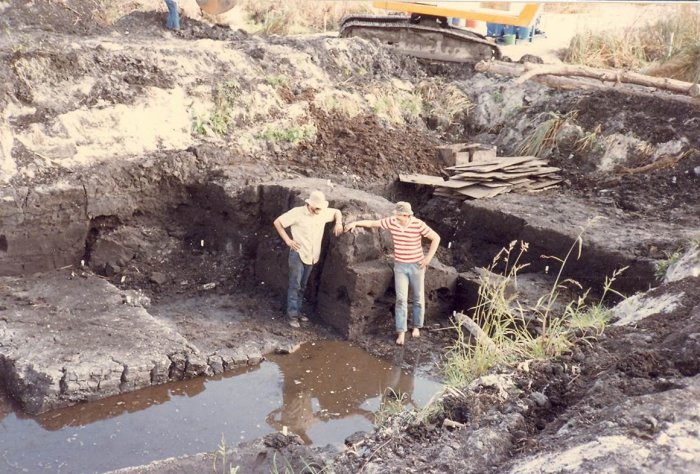 Among the Windover individuals, however, two particular microsatellite lengths dominate the population, one of nine repeats and the other of fifteen repeats. Alongside the HLA evidence this was further indication of close blood ties within a population placing its dead in the pond over several centuries." 1

The fact these people were related explains why they buried their dead in the Windover Pond.

The assumption about people who lived 8,000 years ago has been that they were too nomadic to develop much of a culture and certainly couldn't afford to care for crippled people, but the Windover bog bodies tell a different story.

Among the skeletons found in the Windover sinkhole archaeologists found remains "of a boy crippled from spina bifida who had to be carried around and treated for the 16 years of his life. And there was an elderly woman who also needed such long-term care. Our ancient ancestors apparently tended carefully to each other despite their constant need to keep themselves safe and alive." 3

What is still unknown is where these people originally came from, and there are some theories. The DNA studies indicate these people were of Asian origin, similar to the four other major haplotypes of Native American peoples.

"Merriwether believes the first Americans came from a single population in Asia, probably in a single wave, though the wave may have lasted for some thousands of years." 2 According to Merriwether there is no way to tell how long the doors was open, but it is possible to "imagine it as anywhere from one big migration with lots of people to a sort of continuous migration over a long period of time." 2

Merriwether explained the genetic evidence does not tell when these people arrived.

The historical and archaeological significance of Windover Pond should not be underestimated. This site has provided "unprecedented and dramatic" information about early Archaic people in Florida and could be one of the most significant archaeological sites ever excavated in North America. 4