AncientPages.com - Once again Egypt, the land of the pyramids offers a new wonderful surprise. This time, archaeologist announce they have found the tomb of Great Ramessess II era general Iwrkhy in the New Kingdom necropolis south of the Causeway of King Unas in Saqqara.

The unusual scenes painted on the tomb’s walls are intriguing and tell and about ancient wars that the Egyptian general fought. 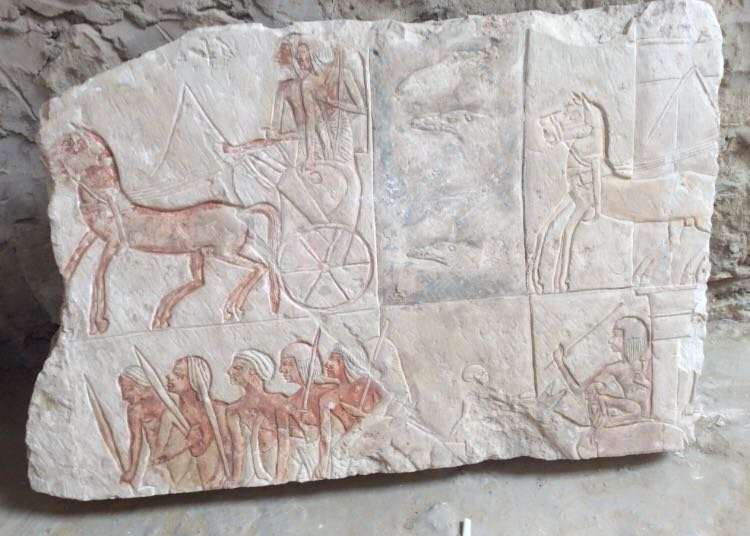 According to Ahram Online, the name of the general “is inscribed on the tomb along with that of his son Yuppa and grandson Hatiay -- the latter occupying a significant position in the inscriptions on the walls still in place.”

The tomb contains a number of rooms, including chapels, a forecourt and a room that excavators call the "statue room,” Live Science reports.

“His tomb appears to mimic the style of contemporary tombs in the area, which include a forecourt, statue room with adjacent plastered vaulted storehouses, perystile court and western chapels (which have yet to be excavated)

Archaeologists believe the general came to Egypt as a foreigner, one of many who settled here and managed to reach high positions in the court of the New Kingdom. 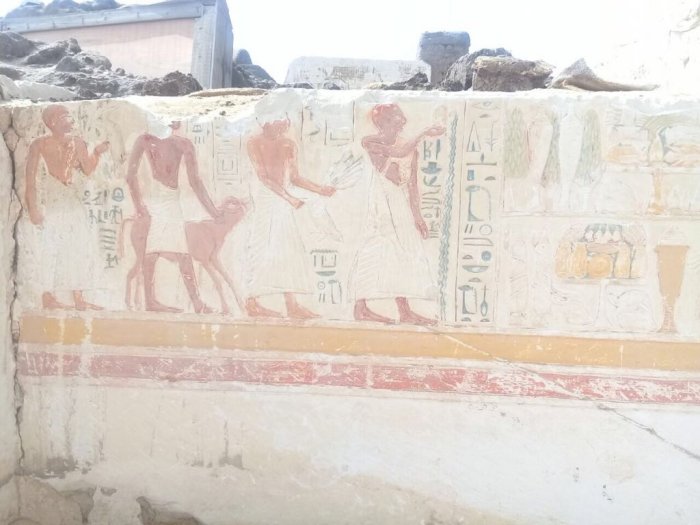 The scenes that remain on the walls of the statue room and on blocks found buried in the sand show a number of unusual scenes, many related to Iwrkhy's military career, and foreign relations with neighboring countries. These include an image of moored boats unloading Canaanite wine jars. 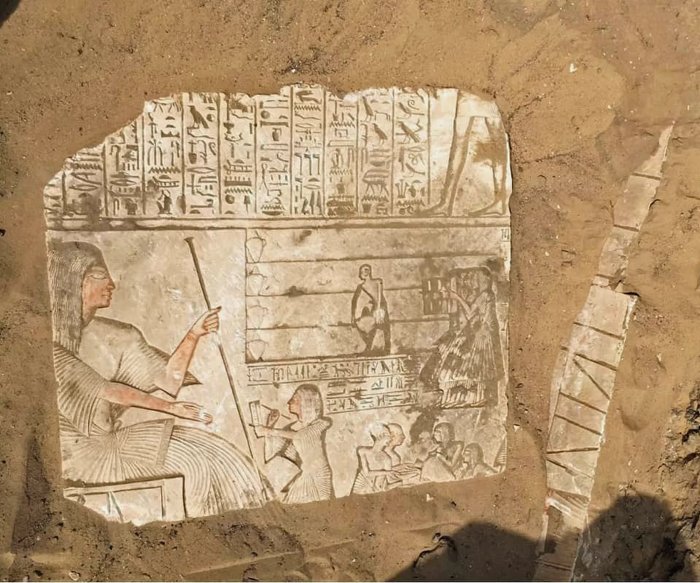 One block, most likely detached from the northern wall, shows an exceptional scene of an infantry unit and charioteers crossing a waterway with crocodiles. Preliminary studies of the scene determined that its fortified walls represent the eastern borders of Egypt.

The scene has only one parallel, depicted on the outer north wall of the hypostyle court of Karnak temple in Thebes. The scene shows Sethi I coming back from a victorious campaign against the Shasu Bedouins, entering Egypt by the same waterway with crocodiles,” Ahram Online reports.

Not human remains have yet been found, but excavations are ongoing.