AncientPages.com - Koh Ker was part of the Khmer kingdom during the Angkor period in what is now Cambodia. In this long forgotten ancient city stands a magnificent step pyramid that was once an important structure built by the local ruler of Koh Ker who erected a lingam on top of the pyramid as symbol of imperial power.

As previously mentioned on Ancient Pages, today the seven‑tiered step pyramid of Koh Ker is mostly overgrown by the forest. In ancient times, Koh Ker was an important city of the Khmer empire, the largest continuous empire of South East Asia that lasted from 802 CE to 1431 CE. 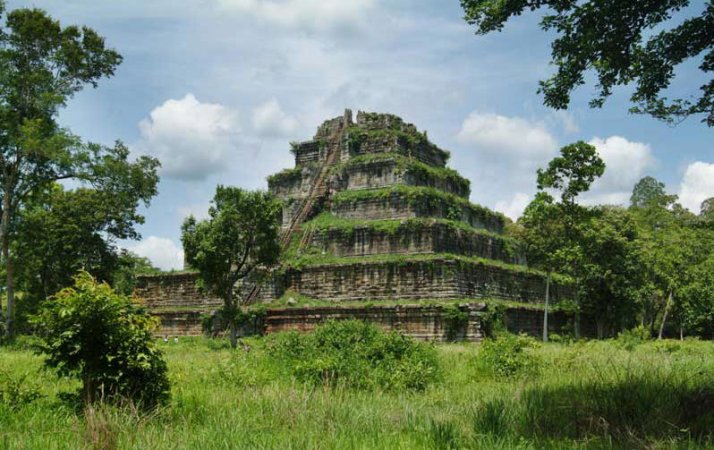 A recent study published in PLOS reveals it’s time to re-write the history of Koh Ker as scientists have found evidence the ancient city was occupied much longer than previously thought.

According to the classic account of the ancient city of Koh Ker is one of a briefly-occupied and abruptly-abandoned region, but in reality, the area may have been occupied for several centuries beyond what is traditionally acknowledged.

For a mere two decades in the tenth century CE, the city served as royal capital, and it has long been proposed that after the royal seat moved back to Angkor, the city and its surroundings were abandoned. In this study, Tegan Hall of the University of Sydney, Australia and colleagues tested this theory by analyzing charcoal and pollen remains in sediment cores spanning several centuries in three Koh Ker localities, including the moat of the main central temple. From these data, they inferred a long history of fluctuations in fire regimes and vegetation which are highly indicative of patterns of human occupation and land use over time.

The newly-painted picture is of a region that was occupied well before the Angkor period, at least as far back as the late 7th century CE, and continuing seven centuries or more after the royal seat's departure. 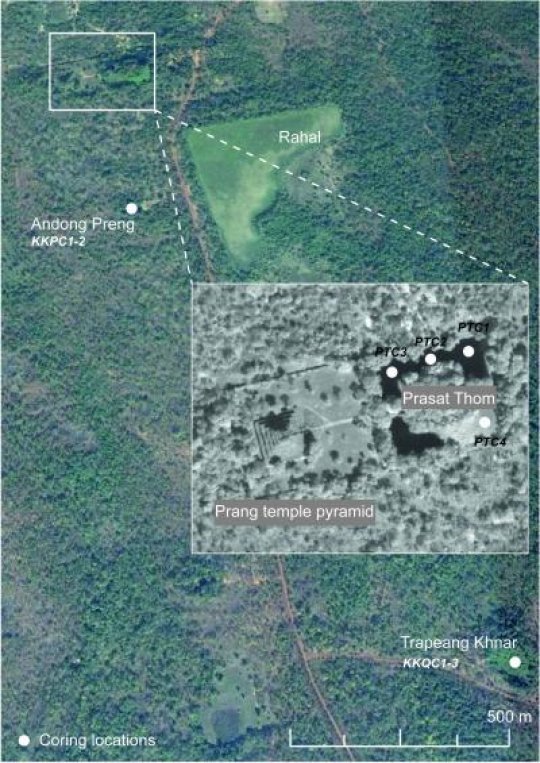 However, scientists now suggest that the mobility of royal houses may have had less of an impact on regional populations in the Khmer kingdom than previously thought. This study also highlights the utility of palaeoecological tools to reconstruct the occupational history of ancient urban settlements.

Hall adds: "When the environmental record is analyzed, it becomes clear that Koh Ker was much more than a temporary 10th century capital of the Khmer kingdom. The settlement history of the site is extensive and complex, beginning in the pre-Angkor period and lasting for centuries beyond the decline of Angkor."