Supernova 1604, also known as Kepler's Supernova, was  a supernova of Type Ia that occurred in the Milky Way, in the constellation Ophiuchus. Appearing in 1604, it is the most recent supernova to have been unquestionably observed by the naked eye in our own galaxy, occurring no farther than 6 kiloparsecs (approximately 20,000 light-years from Earth. 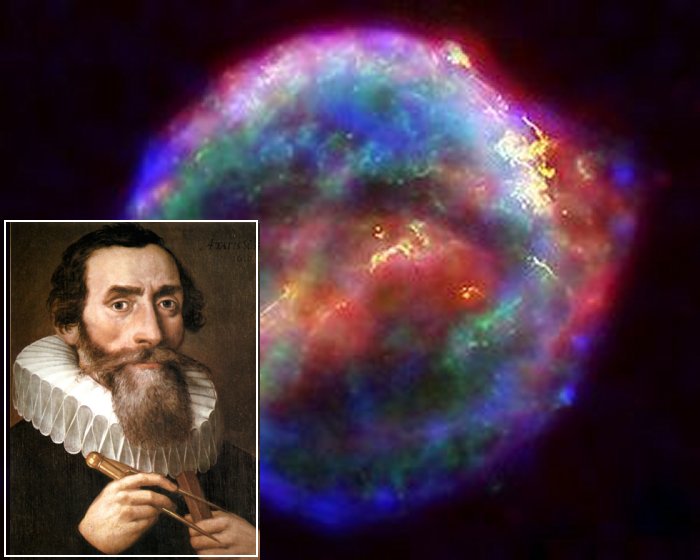 Visible to the naked eye, Kepler's Star was brighter at its peak than any other star in the night sky, with an apparent magnitude of -2.5. It was visible during the day for over three weeks.

Johannes Kepler's original drawing depicting the location of the stella nova, marked with an N (8 grid squares down, 4 over from the left)

The first recorded observation was in northern Italy on October 9, 1604. Johannes Kepler began observing the luminous display on October 17 while working at the imperial court in Prague for Emperor Rudolf II.

It was subsequently named after him, even though he was not its first observer, as his observations tracked the object for an entire year.

The supernova was also recorded in Chinese and Korean sources. The supernova remnant resulting from Kepler's supernova is still an object of much study in astronomy.