According to researchers, the discovery is an “extraordinary find”.  As previously mentioned on Ancient Pages, Dublin, the capital of Ireland was founded by the Vikings. 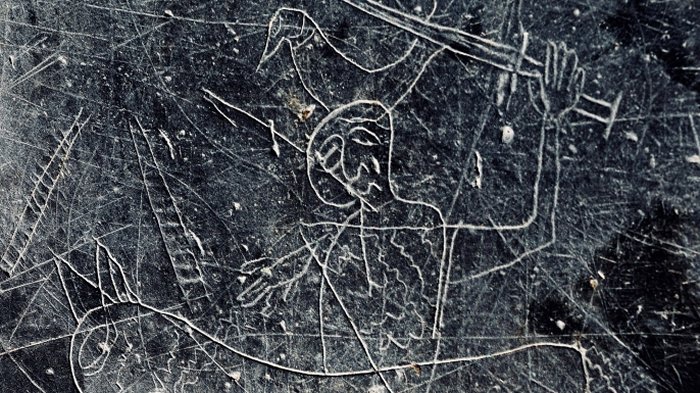 Vikings were first spotted off the coast of Ireland in AD 792. In the 9th century, the Vikings invaded the region around Dublin and established the Norse Kingdom of Dublin.   By the 11th Century, Dublin prospered, mainly due to close trading links with the English towns of Chester and Bristol. It may have had a population of 4,000 and in those days was considered a large city. 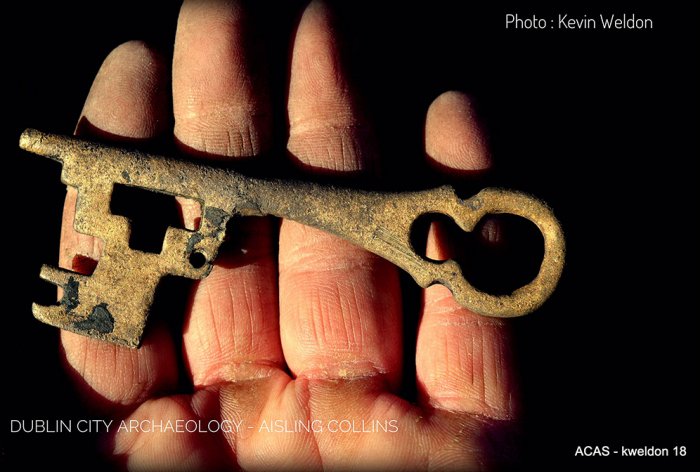 The Kingdom of Dublin came to an end in 1171 when the Normans arrived. Today, scientists are still finding remains of the Viking Era in Dublin.

The latest discovery took place during excavations for a hotel development in Dublin.

Among the most interesting finds is a rare example of graffiti art carved onto a piece of slate depicting a figure on a horse with a shield, sword and two birds present. It is likely this is a depiction of God Odin riding on his horse Sleipnir, accompanied by his two ravens Huginn and Muninn. 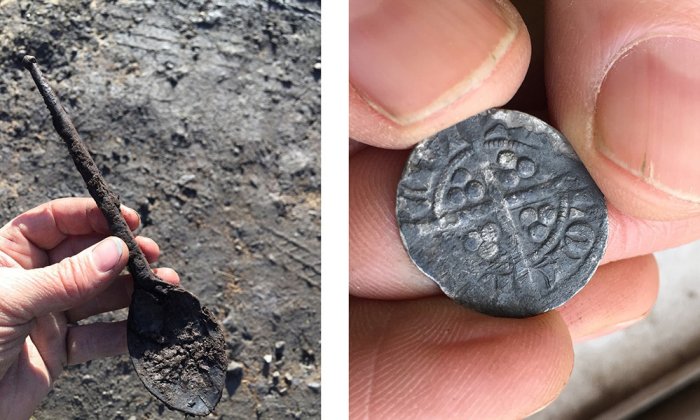 When Vikings moved from one place to another they use to leave behind graffitied words or images that archaeologists are now using to track the journeys of the Norsemen.

Previous Viking ‘graffiti’ uncovered by archaeologists includes the names of two Vikings etched into a wall of Hagia Sophia, a former church and mosque in Istanbul, Turkey. In addition, Viking runes have been found on a statue of a lion that once stood in Piraeus, Greece and was later moved to Venice, Italy.

According to the Irish Times, the site where the Viking village was unearthed, “has been waterlogged for almost the last millennium. As a consequence, organic material, including leather shoes and wooden utensils, have been very well preserved. 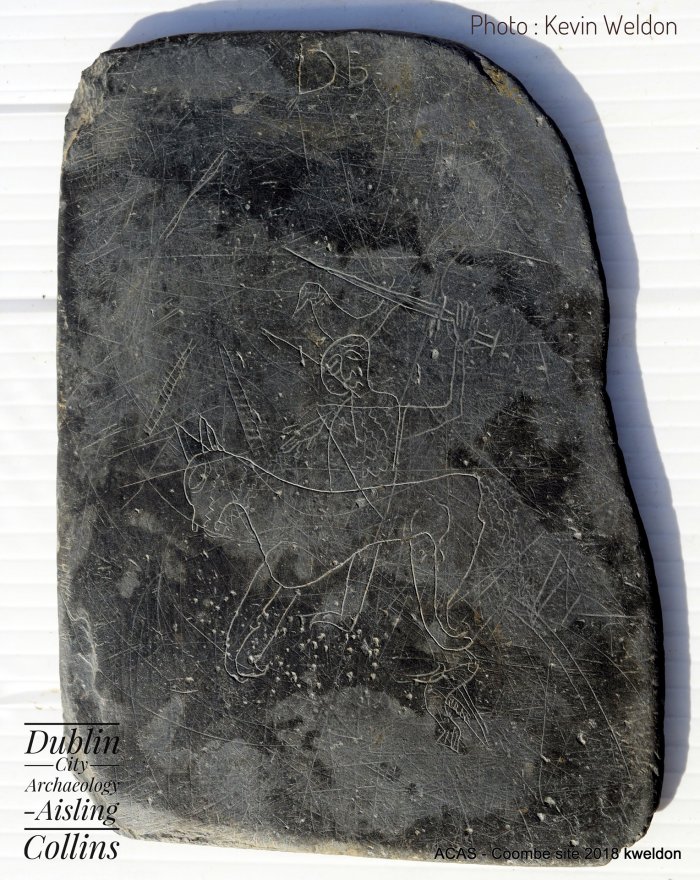 “The preservation of the organic material was excellent, with lots of 12th-century leather shoes, a wooden spoon, a wooden bowl, a copper alloy decorated stick pin, a 12th-century copper alloy key, and worked bone objects,” said Aisling Collins, an archaeologist at the site.

This news follows another major Viking discovery in the United Kingdom this year. In February, researchers announced that a mass grave belonging to the “lost” Viking army had been found.