Jan Bartek - AncientPages.com - Living underground has many advantages. Ancient people knew this, and they constructed many remarkable cities that we are investigating today. But sometimes, archaeologists cannot figure out the purpose of these subterranean chambers.

Beneath Jerusalem, archaeologists have uncovered 2,000-year-old underground chambers that are filled with precious ancient artifacts. It’s a discovery of great historical value that can shed new light on daily life in Jerusalem before the city was destroyed by Romans in 70 CE, but the place is shrouded in mystery, at least for a while longer.

We know that on June 5, 70 CE, the Roman Siege of Jerusalem ended as rebel forces in the city were beaten. Titus and his Roman legions breach the middle wall of Jerusalem. 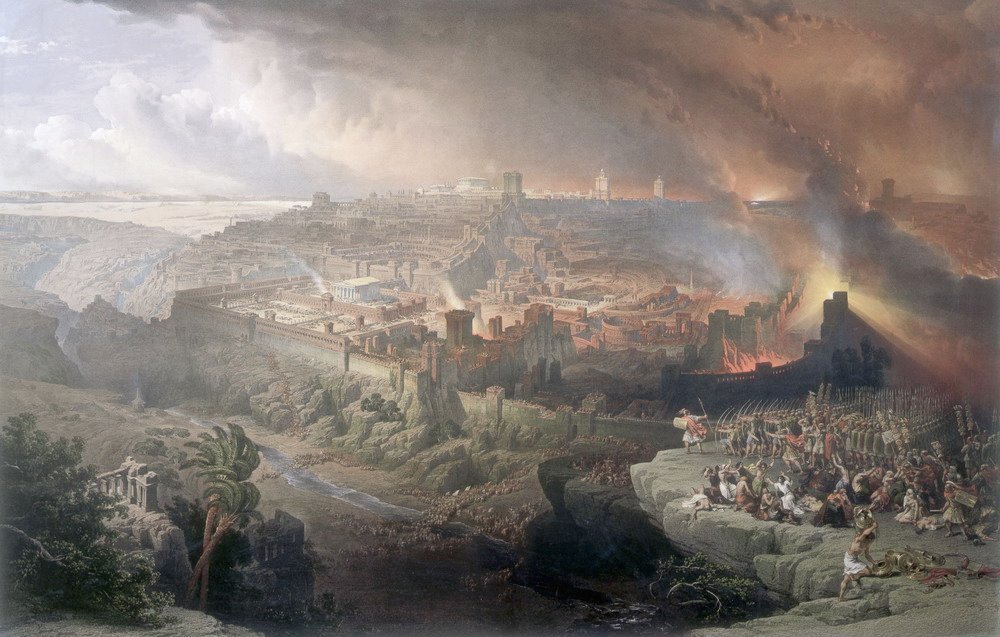 The Siege and Destruction of Jerusalem, by David Roberts (1850). Credit: Public Domain

The siege and conquest of Jerusalem was the climax of the Great Revolt, which began four years earlier with several attacks by Jewish rebels in the Land of Israel against Roman authorities.

One could think everything was destroyed, but artifacts found in these underground chambers has been waiting for some 2,000 years to be discovered.

Located about 30 meters from the Holy Temple, scientists have uncovered a unique subterranean multiple-room structure. The purpose of this subterranean complex has not yet been determined. This was most likely a storage facility of some kind. People stored water and food, but where they also living here and hiding from enemies? 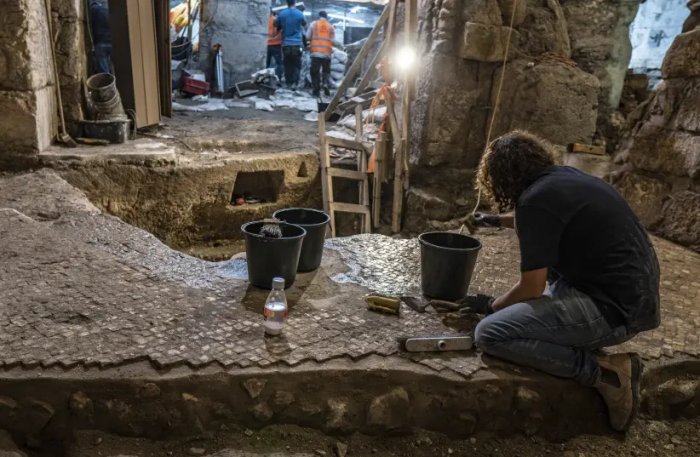 Descending into the underground chambers is a remarkable journey back in time. The underground compound near Jerusalem's Western Wall has an open courtyard, two rooms and several household objects.

“At the time of the Second Temple, 2,000 years ago, this was a public area, the civic center of ancient Jerusalem,” Dr. Barak Monnickendam-Givon, co-director of the excavation on behalf of the IAA together with Tehila Sadiel, told The Jerusalem Post. “We think that the public street passed just a few meters from here, and we are standing next to what we archaeologists call the ‘big bridge’ that connected the upper city to the Temple itself.”

“The complex features two rooms connected by a staircase and an open courtyard. The entrance presents clear signs of the presence of door hinges and bolts, while the walls offer several niches for oil lamps as well as carved-in shelves.

The structure was discovered under the white mosaic floor of a monumental Byzantine building from about 1,400 years ago.

The large hollow space where both the building and the more ancient chambers stand has walls erected in the typical Jerusalem stones of different sizes, blackened by the centuries, pieces of Roman columns and floors built in a variety of materials and at different levels. The excavations are ongoing,” the Jerusalem Post reports.

It seems Jerusalem residents may have been living in these underground chambers during the early Roman period. Archaeologists found several clay cooking vessels, oil lamps and stone containers used to store water. 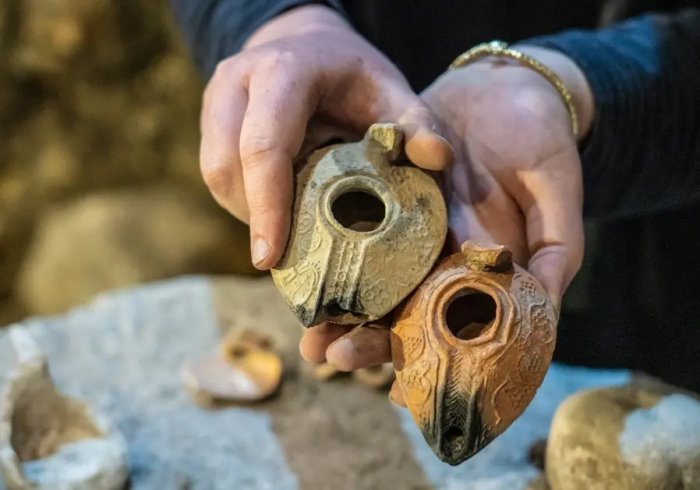 "This is a unique finding. This is the first time a subterranean system has been uncovered adjacent to the Western Wal," said excavation directors Barak Monnickendam-Givon and Tehila Sadiel.

“Besides from burials, we have rarely found any complete rock-cut rooms from that era,” he said.

“Most people in ancient Jerusalem lived in stone-built houses. You must understand that 2,000 years ago in Jerusalem, like today, it was customary to build out of stone” 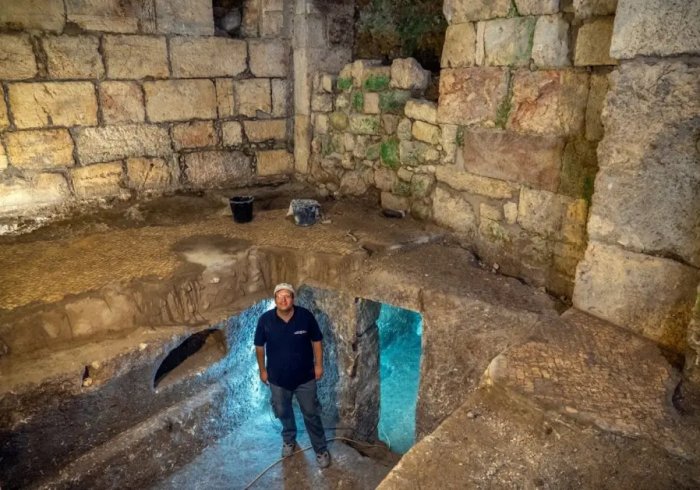 Archaeologists are left with many unanswered questions. What was the function of this hewn system just under the street level? Was it a house, a storage unit? Something else? Why were such efforts and resources invested in hewing rooms underground in the hard bedrock?

Unfortunately, penetrating the secrets of the site will require another 20 or 30 years of excavations, and answers to these questions will not come any time soon, but it’s a fascinating and unique archaeological discovery.