AncientPages.com - As many as 16 tiny but very interesting scraps of paper have been discovered during conservation work on artifacts recovered from the wreckage of ‘Queen Anne’s Revenge’ — the flagship of the famous pirate Blackbeard. 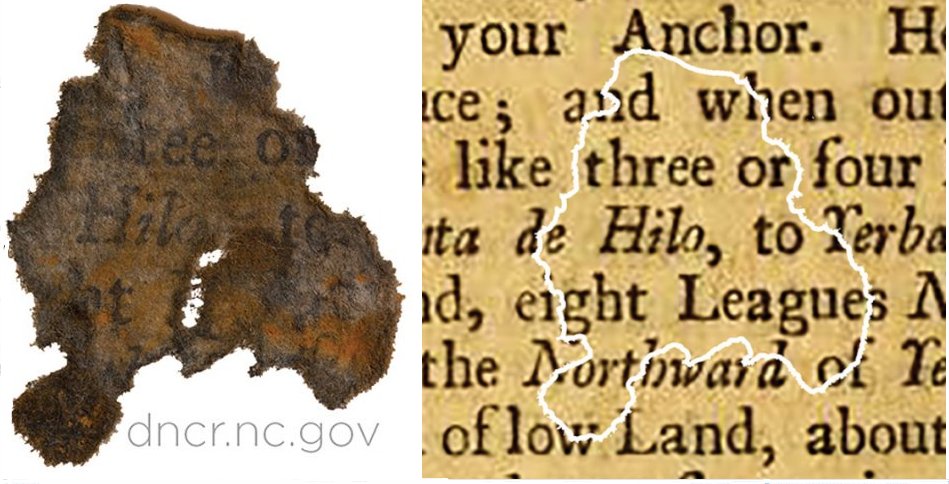 N.C. Department of Natural & Cultural Resources A fragment of paper discovered on Queen Anne’s Revenge, compared with the book it was determined to be from. Image via Salisbury Post

The Salisbury Post writes that the tiny pieces of paper were found in a mass of wet sludge removed from the chamber for breech-loading cannon. And this new discovery at the Queen Anne’s Revenge Conservation Lab in Greenville helps answer some important  questions.

Archaeological conservators with the N.C. Department of Natural and Cultural Resources Lab say that this type of artifact (paper) rarely survives on shipwreck sites because paper usually disintegrates quickly under water. Printed text was recognized by experts on a few of these fragile paper scraps and the largest fragment was only about the size of a quarter.

Perhaps the most important question is: Were 18th-century pirates literate? What sort of books did they keep on board ship? 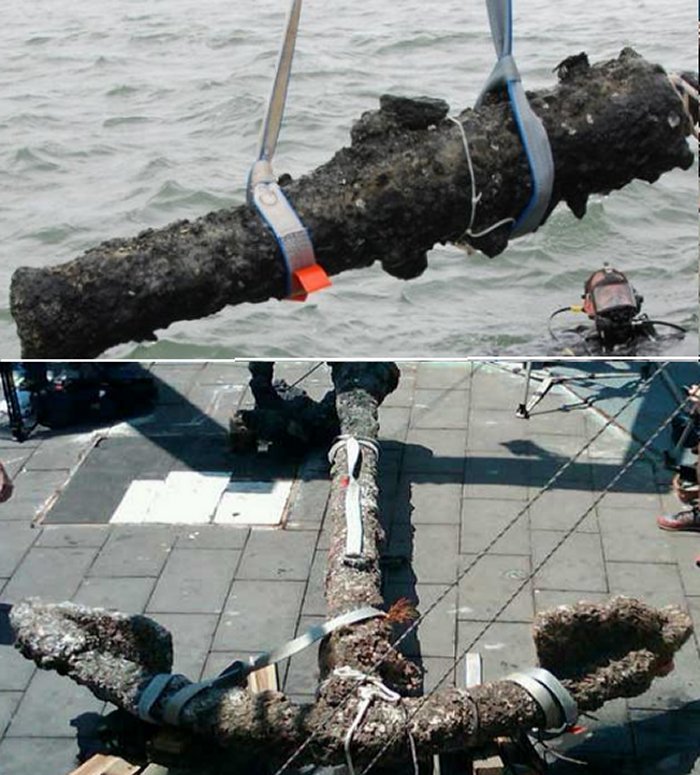 Many researchers from Queen Anne’s lab, the department’s Division of Archives and Records, along with the Winterthur/University of Delaware Program in Art Conservation, were involved in identification of the printed paper. 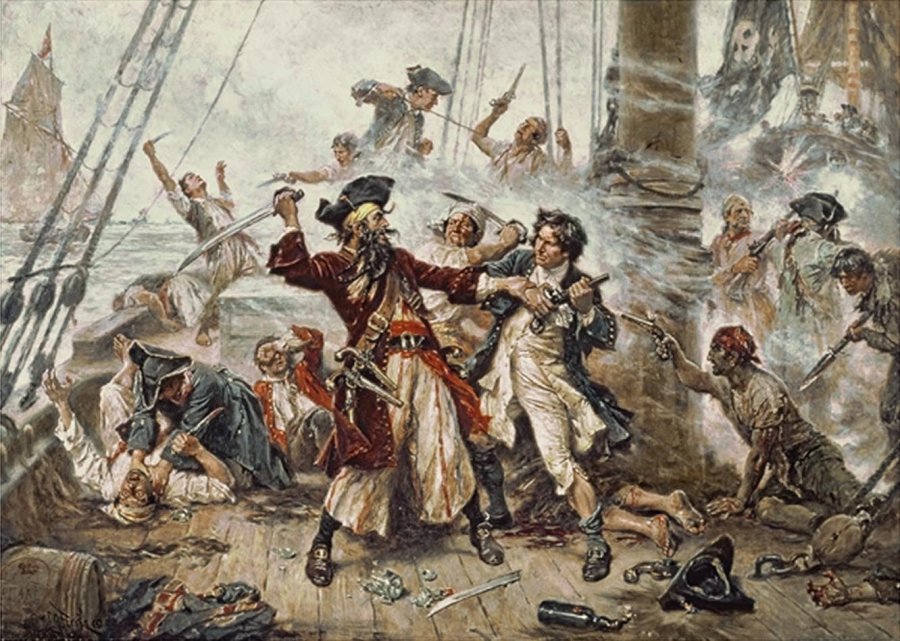 Cooke’s book was a “voyage narrative” describing his adventures on an expedition made by two ships, Duke and Dutchess, which sailed from Bristol, England, in 1708. The expedition leader was Capt. Woodes Rogers, who also published an account of the expedition and who was sent in 1718 as royal governor to rid the Bahamas of pirates.

“Both Cooke’s and Rogers’ works describe the rescue of Alexander Selkirk from an island on which he had been marooned for four years. Selkirk’s story became the inspiration for Daniel Defoe’s 1719 novel “Robinson Crusoe,” The Salisbury Post, writes.

“Although books like these voyage narratives would have been relatively common on ships of the early 18th century, archaeological evidence for them is rare, and this find represents a glimpse into the reading habits of a pirate crew.”

The artifact from the wreckage of Queen Anne’s Revenge sheds light on what kind of books the Blackbeard’s pirate fleet had aboard their ships.