One of them caught our interest immediately. It is a strange sitting figure that is dressed in a long robe with something odd at his back.

Her enormous tomb is one of the best preserved tombs from that era. 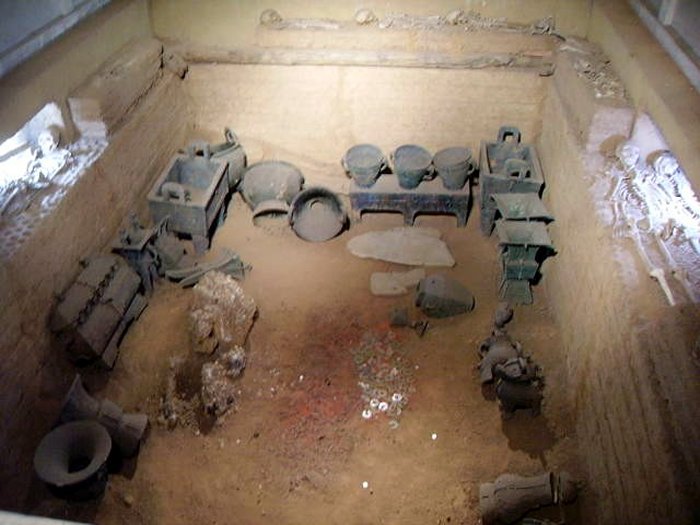 The tomb of the warrior queen. Credit: Public Domain

The information we posses about her comes mainly from oracle bone inscriptions. Many of the oracle bones show concerns for her well-being, for example childbirth and illness.

Inscriptions on the oracle bones also show that Fu Hao was involved in two aspects of royal life that were normally not open to women. She participated in ritual ceremonies and military activities.

According to the British Museum, "She led numerous military campaigns against the neighboring Tu, Ba, Yi and Qiang tribes. One oracle bone, for example, asks whether Fu Hao should gather soldiers before an attack.

On another it is reported that the king had assembled soldiers for Fu Hao's campaign against the Tu tribe.

Fu Hao's tomb has yielded over a hundred weapons. This is very unusual for a woman's tomb, and shows her status as a military leader. In all there were around 2000 items buried with Fu Hao. 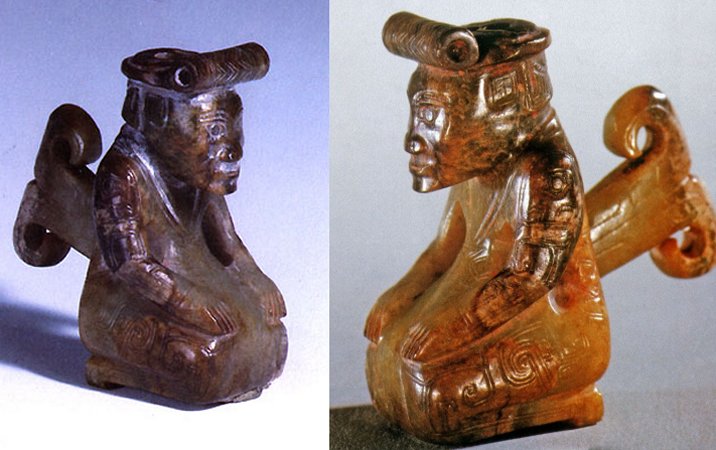 Did this person play an important role in the queen's life?

Among these there are 468 bronzes, 750 jades, 560 of bone and over 110 of stone and semi-precious stone. Over six thousand cowrie shells were buried with her also - these would have served as currency in the Shang period."

These are without doubt all remarkable artifacts, but one of the most curious objects can be seen here below.

Jade sculpture of a seated human seen above is one of more than ten round or relief sculptures of human figures found in Fu Hao's tomb.

Is the pose of the figure significant in some way? What is the purpose of whatever it is that he has on his back?