AncientPages.com - A mummy wrapped in linen that probably belongs to a top official was discovered in one of two smaller previously unexplored tombs located in the southern city Luxor, Egypt.

The two tombs - found much earlier in the 1990s by German archaeologist Frederica Kampp - date back to dynasties of the New Kingdom, which lasted several centuries until about 3,000 years ago. 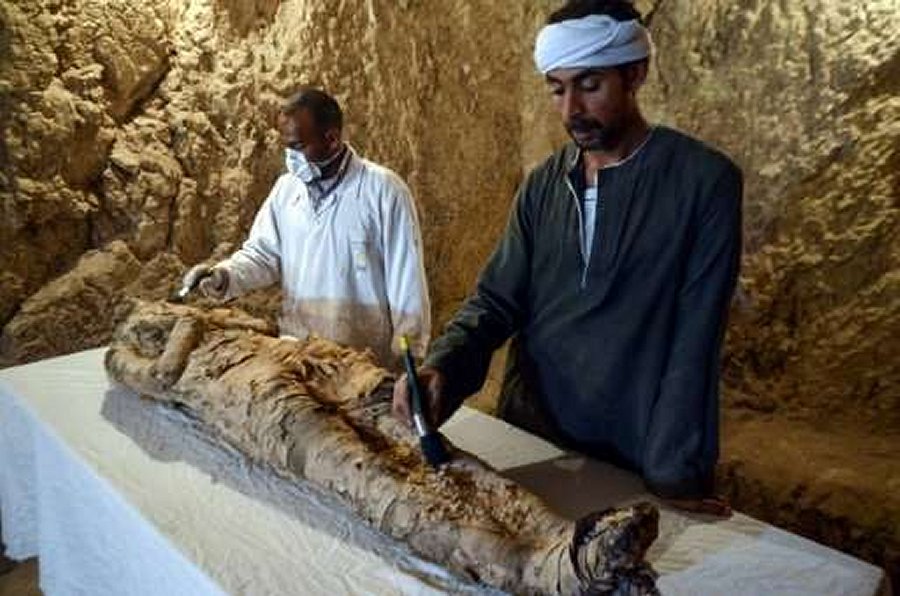 However, Kampp had only reached the  entrance gate "but never entered", according to officials.

The tombs are located in Draa Abul Nagaa necropolis for noblemen and top officials, on the west bank of the river Nile near the famed Valley of the Kings, where many pharaohs, including Tutankhamun, were buried.

The owner of the tomb is unidentified, though the ministry said they have two possible identities. 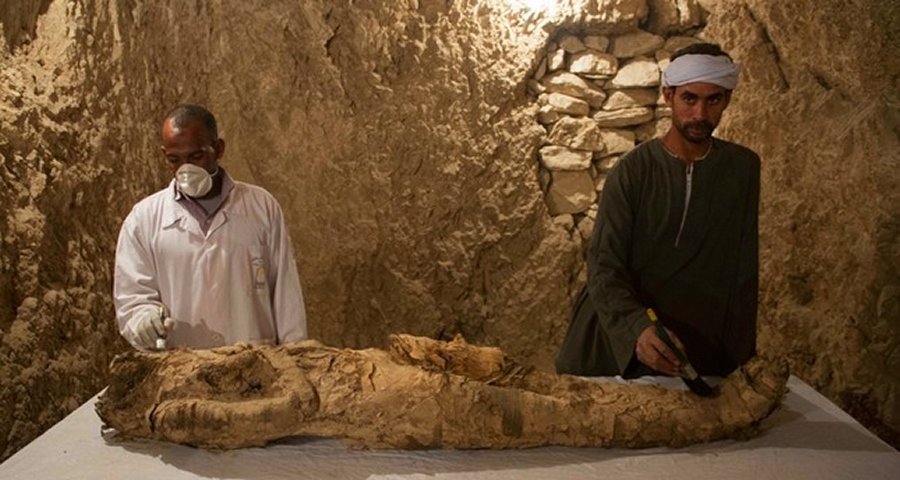 The tomb might belong to "a person named Djehuty Mes whose name was engraved on one of the walls" or it could belong to "the scribe Maati as his name and the name of his wife Mehi were inscribed on 50 funerary cones found in the tomb's rectangular chamber", according to the ministry.

One tomb has a courtyard lined with mud-brick and stone walls and contains a six-meter (yard) burial shaft leading to four side chambers. The artifacts found inside were mostly fragments of wooden coffins, the ministry official informed. 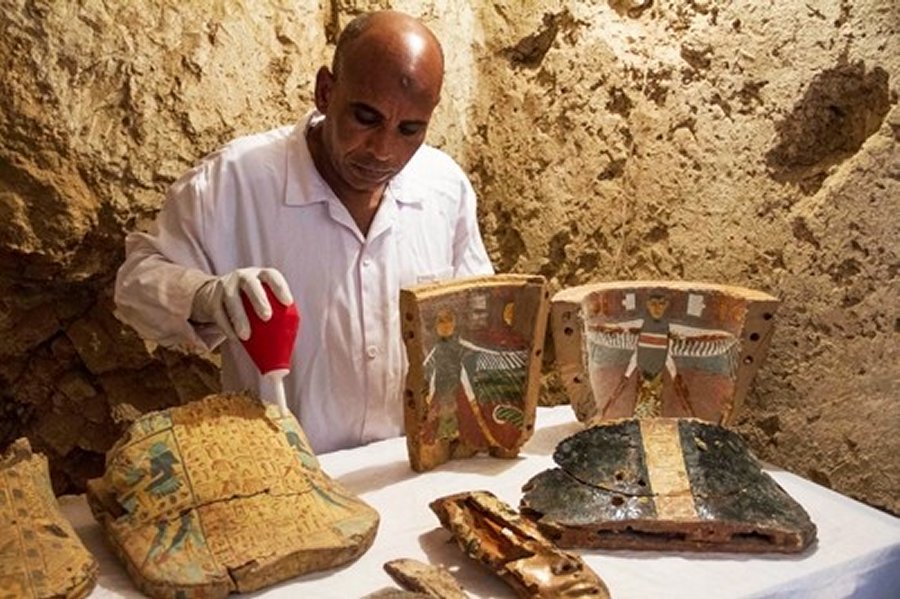 Wall inscriptions and paintings suggest it belongs to era between the reigns King Amenhotep II and King Thutmose IV, both pharaohs of the 18th dynasty.

The other tomb has five entrances leading to a rectangular hall and contains two burial shafts located in the northern and southern sides of the tomb.
Among the artifacts found inside are funerary cones, painted wooden funerary masks, clay vessels, a collection of some 450 statues and a cartouche carved on the ceiling bears the name of King Thutmose I of the early 18th dynasty.

Studies reveal that the tomb was reused in antiquity.