AncientPages.com - Archaeologists continue to analyze the old remains of the Danish medieval warship “Gribshunden” (Griffin-Hound), discovered at the bottom of the sea off the Swedish coast. 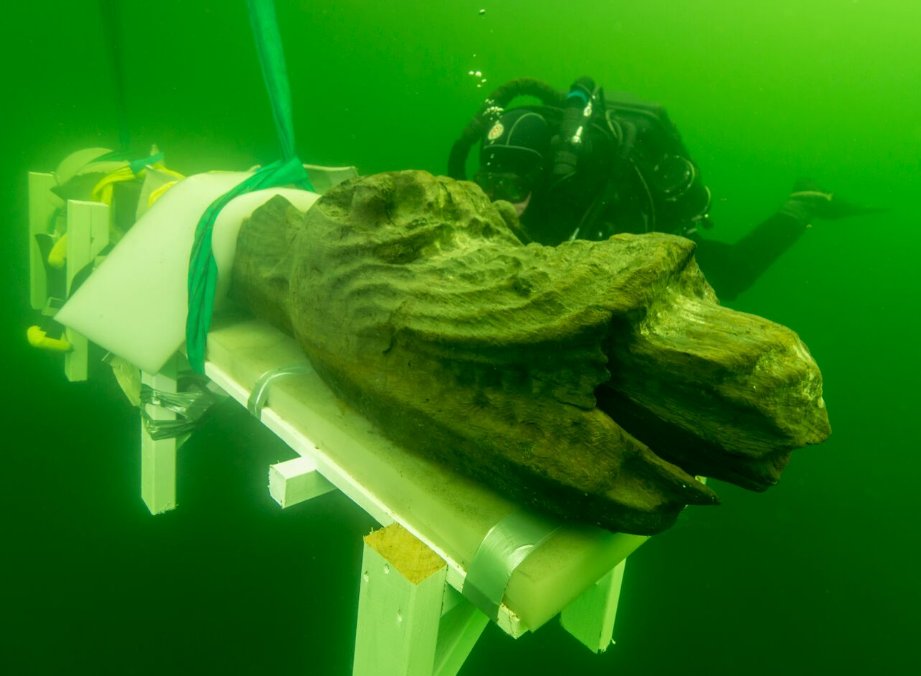 The figurehead from the Gribshunden ship was salvaged in 2015 and archaeologist have recently made a new discovery about how it may have once looked. (Photo: Ingemar Lundgren / Ocean Discovery)

In 2016, a group of divers transported parts of the ship, including the colorful figurehead, back to Copenhagen for further analysis. Especially interesting is the figurehead with a beak of an eagle, monster teeth, and a screaming man sticking out of the mouth that decorated the warship.

Archaeologists have found traces of paint on the old wooden monster, confirming a theory about the use of color in contemporary warships, which has so far lacked any physical evidence. 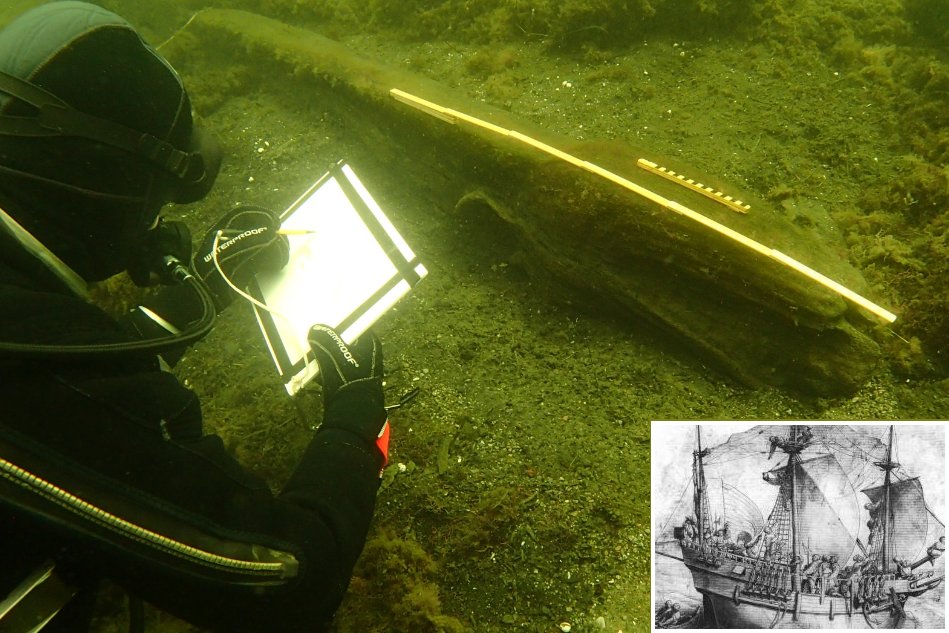 Archaeologist Jon Adams sketching the figurehead before it is raised to the surface. (Photo: Johan Rönnby, Södertörn University)

“It’s an exciting discovery—absolutely unique. In the past we’ve had ideas that figureheads on these ships were painted, but now we have proof,” says Siiri Irskog, an archaeologist and coordinator of the Gribshunden project led by the Blekinge Museum in Sweden.

The discovery led the archaeologists to conclude that the wood must have been painted at one time, even though it is no longer possible to see any color today, says Irskog. 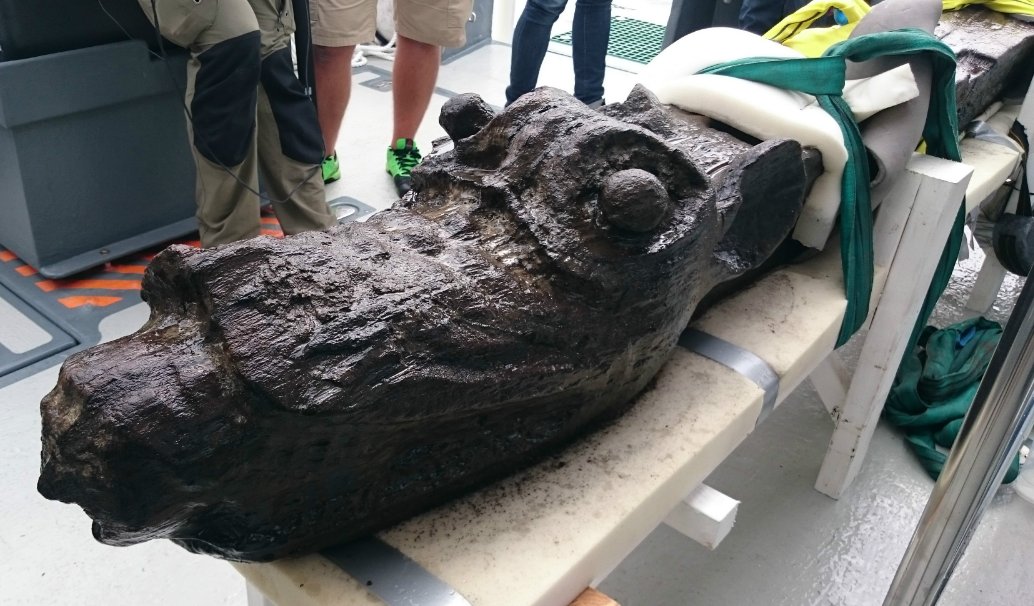 The wooden monster was brought to the Danish National Museum in 2016, where archaeologists and conservationists analysed the wood for traces of paint. (Photo: Johan Rönnby, Södertörn University)

The choice of colors was probably intended to intimidate, according to archaeologists.

It was probably intended to intimidate, says archaeologist Rolf Warming, director of the Society for Combat Archaeology who studied archaeology at the University of Copenhagen, Denmark. Warming assisted with the salvaging of the figurehead. The monstrous figurehead would have been the enemy’s first contact with the ship.

“The colors on the figurehead probably made the overall sensory input of the attack even wilder and scarier for the enemy. It can be a form of psychological warfare, along with the overwhelming sounds from instruments, fluttering flags, and coat of arms,” he says. 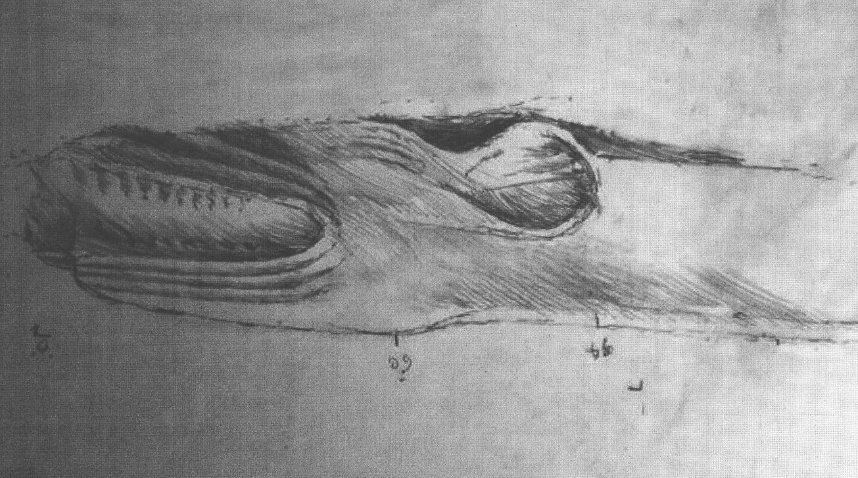 How the figurehead is thought to have looked in 1495 CE. It had the head of a monster with sharp teeth and a lion’s ears. (Photo: Ingemar Lundgren / Ocean Discovery)

Investigations around the old ship are by no means done, says Kristiane Strætkvern, conservationist from the Danish National Museum.

Now archaeologists want to know what color the figurehead was painted and they plan to study the sediment around the remains of the ship, we can find traces of the color that was originally used to paint the figurehead.

However, it will not be an easy task because the remains have been exposed to hundreds of years of erosion and changeable conditions of the marine environment, where pieces of the ship are spread across the sea floor following the explosion, according to the researcher.