A. Sutherland - AncientPages.com - In ancient Maya beliefs, Camazotz (Camoazotz) was a vampire bat god. Camazotz means "death bat" in the Quiché Maya language. Chinese cultures see the bat as a good luck sign, and the Europeans fear it as evil. 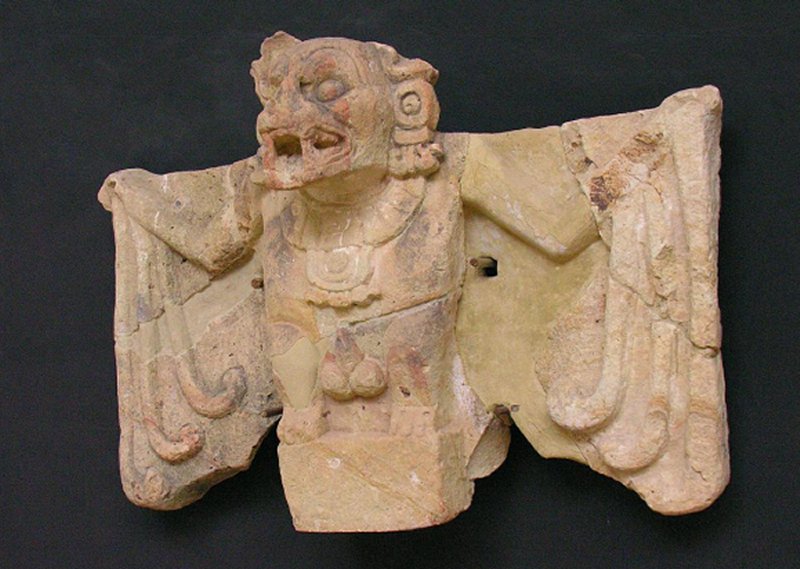 Camazotz was often depicted holding his victim and a knife associated with night, death, and sacrifice. The Maya considered him a terrifying god who served death and ruled the domain of twilight.

He lived in bloody caves and other dark places that people tried to avoid for fear of disturbing him.

In the beginning, bats in pre-Columbian cultures were not associated with evil. They were believed to be powerful creatures, spirits, and even gods. For example, in the Tajin pre-Columbian stone sculptures of Veracruz, vampire bats are depicted as gods and are also mentioned in epic myths and the book of creation, "Popol Vuh."

In one story, Camazotz, a "death bat," takes the head of one of the twin heroes, who entered his underworld domain, and this head is later used in the ritual ball game.

In most pre-Columbian codices, such as Codex Borgia, bats (having human form or personality) are depicted as involved in human sacrifice.

Among many beliefs of the Tzotzil Maya, an indigenous Maya people of the central Chiapas highlands in southern Mexico, there was one especially important because it explained the origin of these people. These Maya used to call themselves "Zotzil uinic," (batmen).

Their origin story claims that their ancestors had once discovered a stone bat and considered it their god. 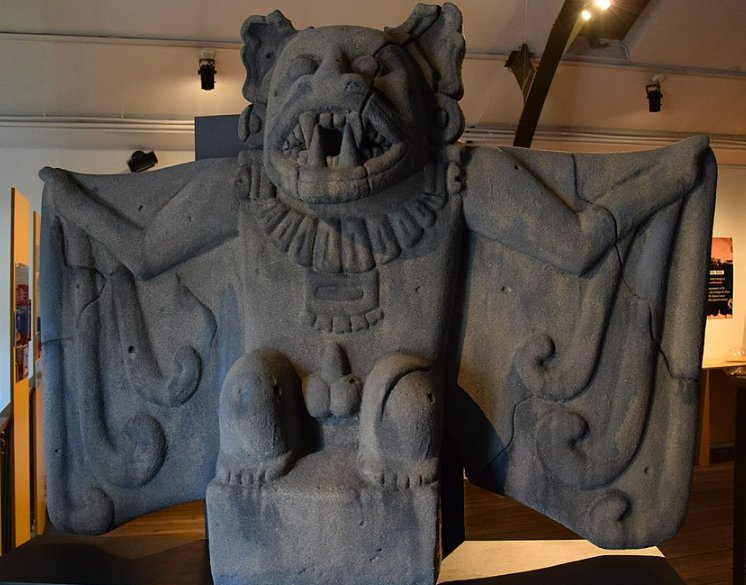 Mayans of Central America believed the bat was the guardian of the Underworld and a powerful force against enemies.

According to one myth, the Hero Twins were skillful ballplayers. One day the lords of Xibalba, the Maya death gods who ruled the Underworld in Quiche Maya mythology, organized a contest in the Underworld. They summoned all the best ballplayers, and the Hero Twins saw this as an excellent opportunity to avenge their father's death. 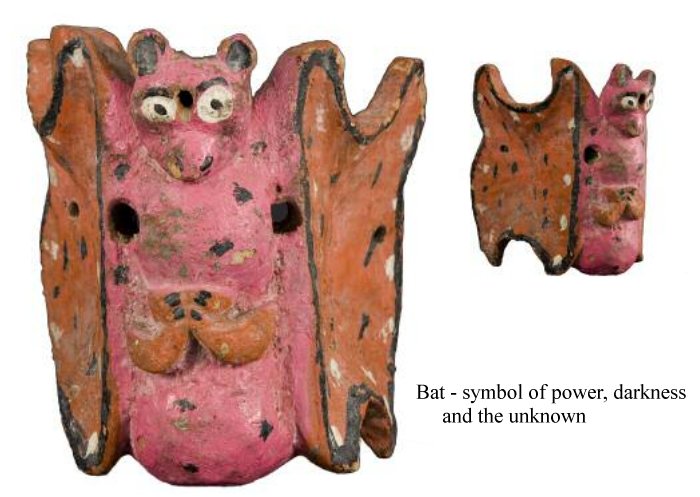 They successfully went through all the tests they were given. They survived in the House of Cold, escaped from the House of Jaguars, and passed unharmed through the House of Fire.

Their problem appeared in the House of Bats when one bat cut off the Hero Twin's head.  The lords of Xibalba took the head to the ball court as a trophy, but the other twin luckily returned to rescue his brother's head.

Read K. A. Mesoamerican Mythology A Guide to the Gods, Heroes, Rituals