A. Sutherland  - AncientPages.com - She is an important figure in Inca's ancient beliefs. Ocllo (or Mama Uqllu) was worshipped by the Incas of Central and Southern Andes, South America, 1197–1532. Ocllo and her divine brother Manco Capac are involved in the Inca's legendary story of the creation of Cuzco. 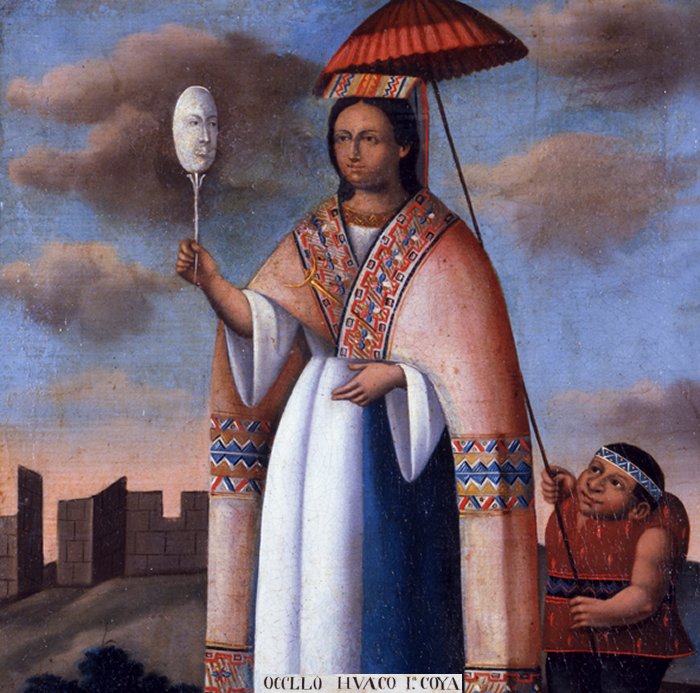 The standard legend of the founding of the Inca land is known in several versions. However, the most common is how the great god of the sun, Inti, was looking at the people who were doing very poorly on earth - and decided to help them.

So, he decided to bring order by sending a young Manco Capac and his sister/wife Mama Ocllo to Earth and build an empire. The two were sent down from the sky on a sunbeam on an island in Lake Titicaca.

Manco Capac: Legendary Founder Of The Inca Dynasty Of Peru

He gave them a magical golden wand to find the perfect place to establish a city-capital. The siblings (in some versions of the legend - four brothers and four sisters) began their journey from the sacred Lake Titicaca and reached the area of present-day Cuzco, where the wand suddenly plunged into the ground, showing them the ‘chosen land’ - the Inca Empire or Tahuantinsuyu, (in Quechua: “Realm of the Four Parts”).

Here, the Inca dynastic foundation began to prosper and several other legendary rulers followed Manco Capac. According to historians, in reality, it was simply, an Inca ruling caste that most probably grew out of the Quechuas (the indigenous people of South America) who cultivated the Cuzco area.

The Incas considered this particular place - the center, known as "navel of the world", and built their capital there. Over time, the place took the shape of a puma, an animal that symbolizes courage and strength for the Incas. 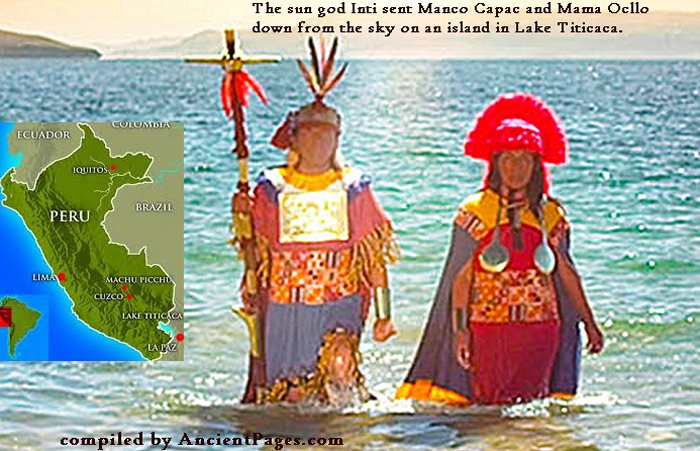 One legend says that she was a daughter of Inti and Mama Killa ('Mother Moon'), who, according to the Inca beliefs, was the third power and goddess of the moon. But there are many legends about the Inca divinities, so, in another legend, Ocllo was the daughter of Viracocha (Wiraqucha) and Mama Qucha.

However, the legends agree that she was the older sister, wife of Manco Capac, and the mother of Sinchi Roco, the second Sapa Inca of the Kingdom of Cusco.

The Inca worshiped Mama Ocllo as a mother and fertility goddess. She was a very beautiful woman with many abilities and wisdom. She was in charge of teaching women different household chores such as knitting, housekeeping, and cooking.

Both Manco Capac and Mama Ocllo would teach men the rules of civilized life, to cultivate the land, build canals, raise animals, build houses, and revere their creator god, the Sun.

No doubt, Mama Ocllo had a preeminent place in the Inca's foundational mythology.

In the Inca's beliefs, there were founding mothers and Mama Ocllo was one of them, the others were Mama Huaco, Mama Ipacura, and Mama Raua, but Mama Ocllo was the first and most important divinity. She was also the 'coya', which means the Inca's wife, (also called ‘wife of a Sapa or high noble’). The ‘coya’ also meant a ‘female shaman-priestess of the sixth level of ancestral Andean initiation’

This status was highly respected among the ancient Inca, and gave her a very distinguished place in the Incan rituals and worship of the religion.