The ancient footprints of both children and adults, discovered at Port Eynon on the Gower Peninsula in 2014, were primarily dated to the Bronze Age.

Recent radiocarbon dating carried out by archaeology PhD student Rhiannon Philp at Cardiff University, has revealed that they are 3,000 years older than previously thought. 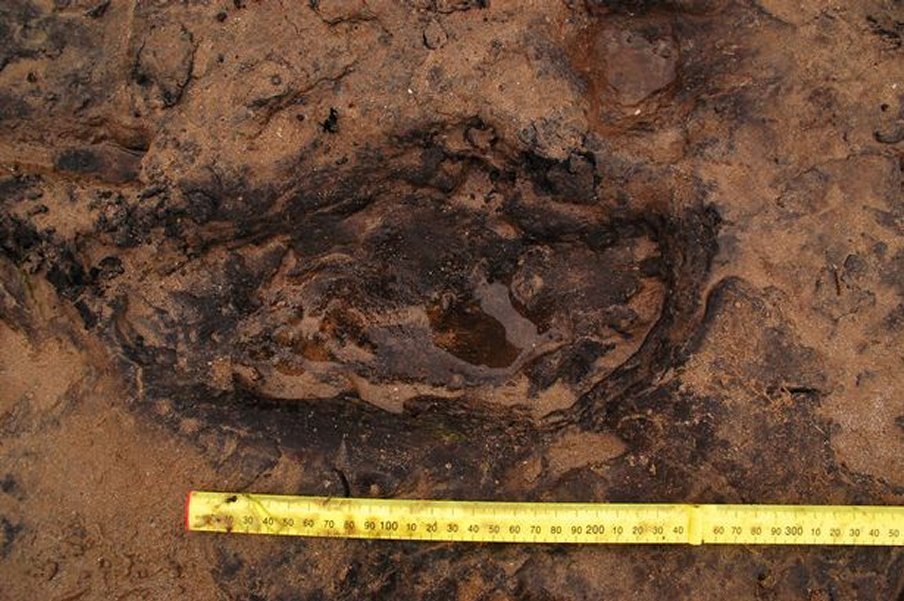 The fragile footprints originate from the Mesolithic period, a time when humans were predominantly hunting and gathering.

“These ‘frozen’ footprints made in freshwater marshland give us a fleeting glance of a group of adults and children travelling together seven millennia ago,” said Ms Philp. 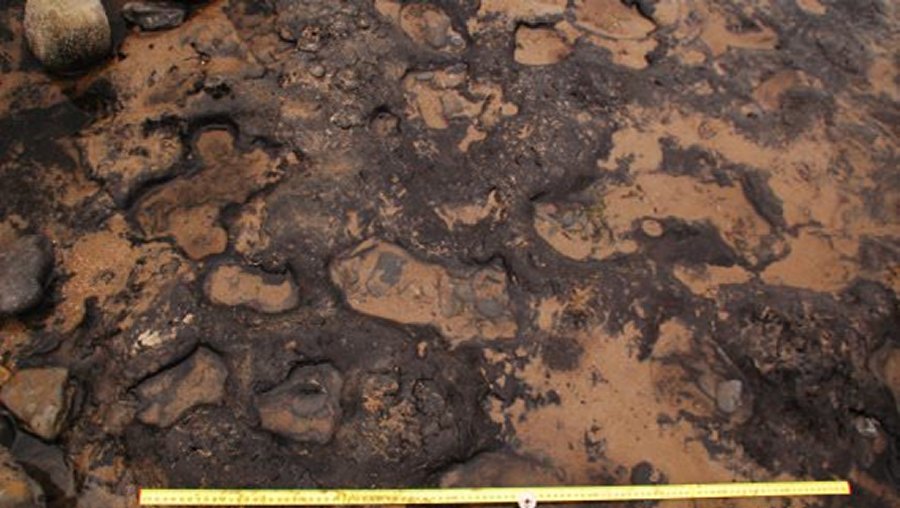 “But the picture is even more precise. Wild animal tracks suggest deer and wild boar moving in the same direction,” she said, “and what we might be witnessing 7,000 years later is a snapshot moment of a Mesolithic hunting party tracking their prey through an open, boggy landscape now lost to the waves.”

Researchers say that post-Ice Age human footprints were rare in the UK, with only nine recorded intertidal sites, the majority of which are in Wales.

Ms Philp added: “Given the fragility of these examples and climate change now and then, it is incredibly important to obtain as much information as possible whenever the opportunity arises.”

Further research will help to understand the ancient environment and the people who lived during the Mesolithic period.