Ellen Lloyd -  AncientPages.com - Long forgotten, the magnificent ancient step pyramid of Koh Ker stands abandoned in the forest of Cambodia. It was once an important structure built by the local ruler of Koh Ker who erected a lingam on top of the pyramid as a symbol of imperial power. 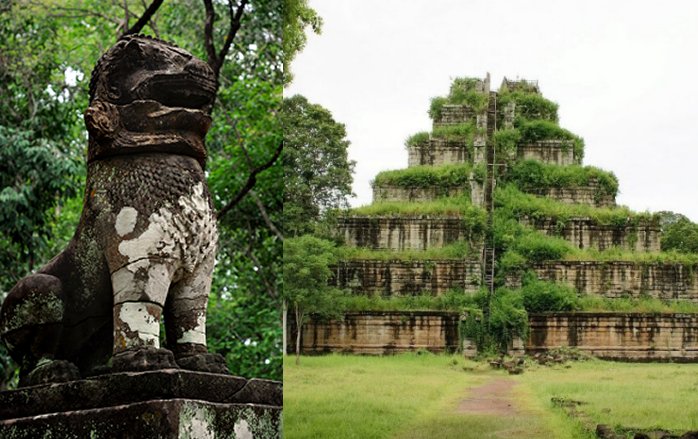 Today, the seven‑tiered step pyramid of Koh Ker is mostly overgrown by the forest. In ancient times, Koh Ker was an important city of the Khmer empire, the largest continuous empire of South East Asia that lasted from 802 CE to 1431 CE.

Koh Ker is the modern name for an important city of the Khmer empire. For a brief period of time, during the reigns of kings, Jayavarman IV and Harshavarman II, the ancient city of Koh Ker became the capital of the whole empire (928–944 AD). 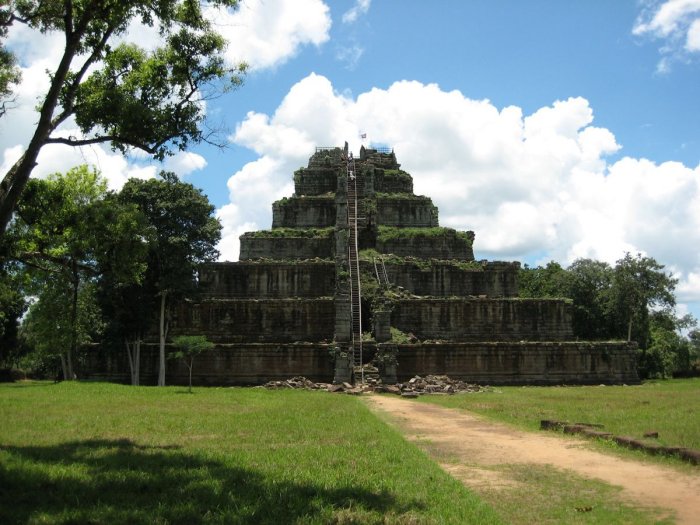 The ancient ruins of Koh Ker can be found about 120 kilometers (75 mi) away from the ancient site of Angkor. The site’s remote location, surrounded by the wild Cambodian jungle has led to that Koh Ker was plundered many times by looters.

One of the most significant ancient structures in Koh Ker is the Prasat Thom temple. It is the highest constructed by the Khmer, rising 36 meters above the forest floor. The staircase to the top is open to a limited number of visitors, but those who have been lucky to visit this place say the views are spectacular. 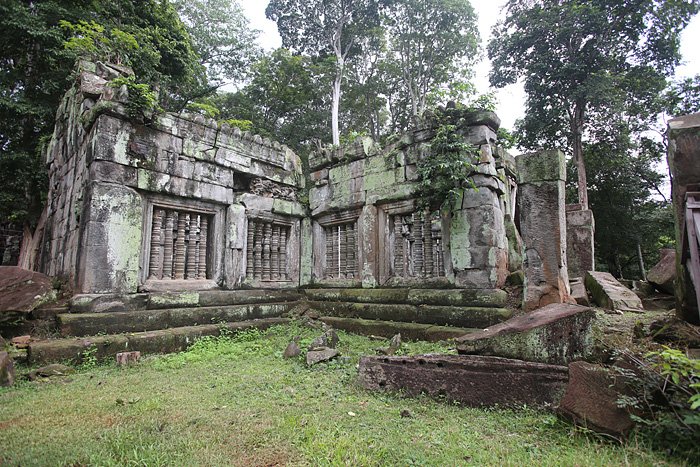 Some of the largest Shiva linga can be seen northeast of Prasat Thom. Next to Prasat Thom stands the abandoned Koh Ker pyramid. It was not constructed as a representation of Mount Meru that is a sacred mountain with five peaks in Hindu, Jain and Buddhist cosmology.

Instead, ancient builders placed an enshrined Shiva linga at its peak. Ancient inscriptions discovered at the site record the consecrating of the Koh Ker pyramid. The exact date of the consecration of the pyramid is Wednesday, December 12 at 8:47 in the year 921.

Our ancestors wanted future generations to know when this beautiful and mysterious structure was created. It is now up to us to make sure whatever is left of the pyramid can be preserved. Fortunately, the site of Koh Ker is on the UNESCO tentative world heritage list since 1992.