AncientPages.com - For more than a century and a half after the Mountain Meadows Massacre, no one knew exactly where the bodies were buried.

A California-based archaeologist now says he has solved the mystery, and that it was surprisingly easy.

Last summer, Everett Bassett found what he believes are the two rock graves constructed by the U.S. Army about 20 months after Mormon militiamen and their Paiute allies slaughtered 120 westbound Arkansas migrants in southwestern Utah,' reports The Salt Lake Tribune. 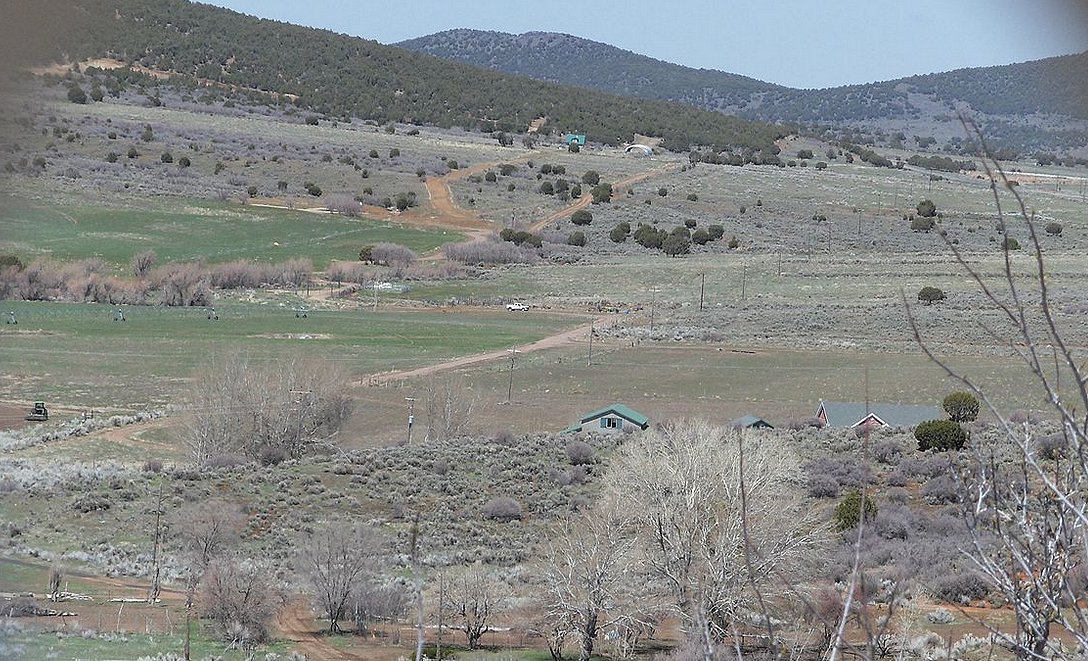 The site of the Mountain Meadows massacre, as seen through a viewfinder, from the 1990 Monument. Photo: Wikipedia

The sites are 1,000 or more feet to the west of monuments The Church of Jesus Christ of Latter-day Saints built on properties it acquired under the belief that they harbored the grave sites, Bassett said. He used Army records to locate the actual graves, which were described simply as mounds of rocks. They are in a ravine formed by the Old Spanish Trail — exactly where the records said they would be — on land the church does not own.

"The trick to finding these was figuring out where the road was," Bassett said. "I was sitting on it when I realized that this enormous mound of rocks is what we were looking for all these years."

He unveiled his findings Saturday at a gathering of victims' descendants in Harrison, Ark., and plans to publish them in a peer-reviewed journal. 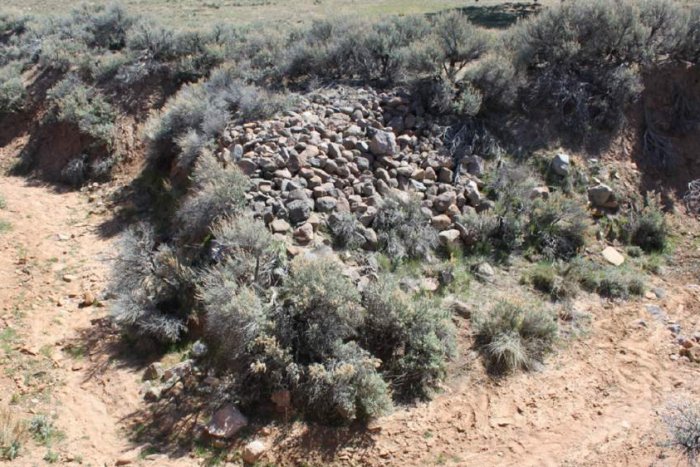 An independent archaeologist discovered what he believes are the two grave sites holding the remains of up to 100 Arkansas migrants murdered at Mountain Meadows in 1857. This photo depicts the grave holding the men and boys, which is located about 2,100 feet west of the LDS Church's monument that purports to commemorate the grave. Courtesy Everett Bassett.

"I wanted to go through the descendant groups and have them have the first shot at preservation," Bassett said. "They need stabilization, and we can't do that without public involvement and public or private funding."

"If, in fact, they have found the graves, it would be a very important development, one that would be of great interest to many people," he said. "People have looked for it for many, many years." 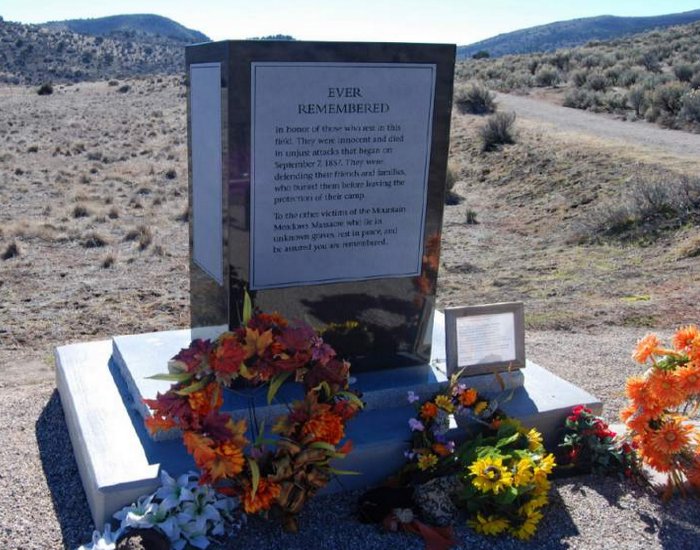 This monument at Mountain Meadows commemorates Arkansas migrants killed in an 1857 battle with Mormon militiamen in southwest Utah. But for decades no one knew the burial sites for the 120 who were murdered after the migrants laid down their arms. Now archaeologist Everett Bassett says he has found the two locations where the U.S. Army buried these victims’ remains 20 months after the massacre. Brian Maffly / The Salt Lake Tribune)

"It just adds to getting closure. These people have been dead 150 years. There's not a lot you can do for them, but you can remember them in the highest way possible," said Phil Bolinger, president of Mountain Meadows Monument Foundation Inc. "We believe the site is worthy for a national monument. That would be the highest order of federal protection."

The LDS Church-owned site was designated as a national historic landmark in 2011, but Bolinger contends the graves mark the locations where the massacre actually occurred. They are about a mile north of the siege site, which is accurately marked with the monument built in 1990. 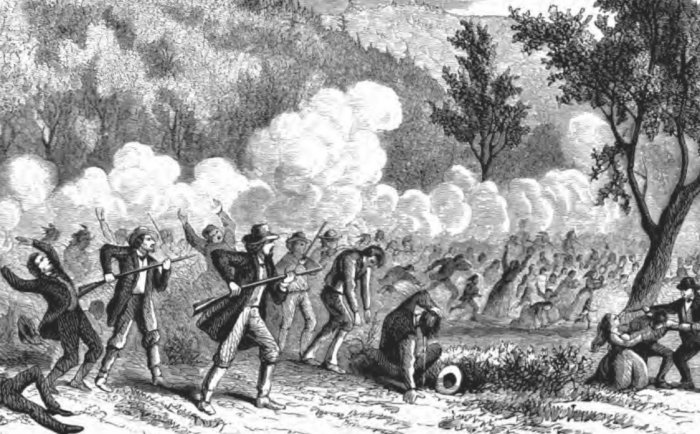 Bolinger's group is working with the property owner, whom he declined to name, to craft a conservation agreement.

Though the events leading up to the Sept. 11, 1857, massacre have been the subject of controversy, it's generally believed that Mormon militiamen disguised as American Indians besieged the Fancher-Baker wagon train for several days before John D. Lee brokered a truce.

The militiamen, who included prominent pioneers and church officers, guaranteed the migrants safe passage if they laid down their arms and followed them north.

The migrants agreed, only to be lured to their deaths. On a predetermined signal, the militiamen shot the men and boys in the head at one location and bludgeoned the women and children at another.

Only 17 children, those under age 6, were spared. The dead were left where they fell or received cursory burials.

For months, the corpses lay beside an important pioneer migration route, prompting the Army to dispatch 207 soldiers to construct a more worthy resting place for the Mountain Meadows victims.