Conny Waters - AncientPages.com - A 1,400-year-old iron hammer and nails from the Byzantine period have been unearthed according to the Israel Antiquities Authority (IAA) archaeologists.

The findings were located by an Israeli family from Tur’an in Lower Galilee, who took part in the dig at Usha, and was among many other volunteers working at the digging site. 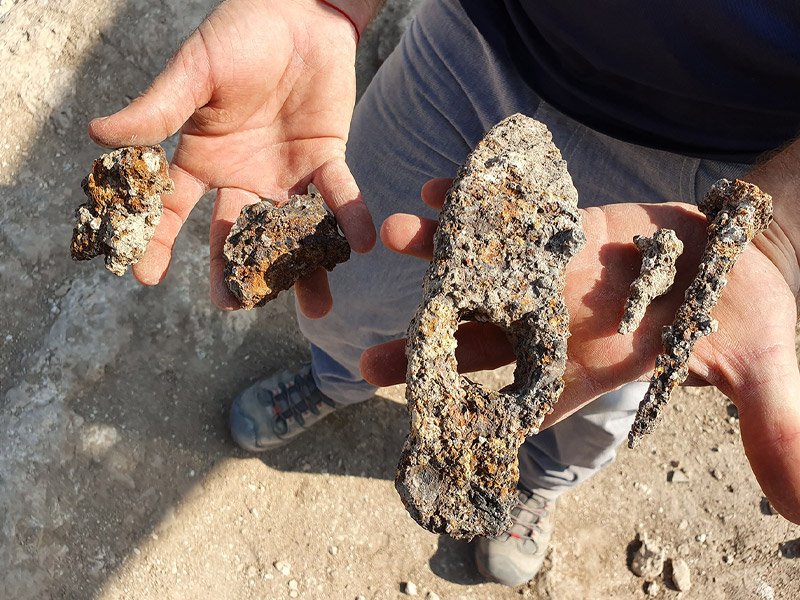 “About 20 iron hammers are registered in the Israel Antiquities Authority records, only six of them from the Byzantine period,” said Yair Amitzur and Eyad Bisharat, directors of the excavation on behalf of IAA, in a statement.

“We already knew that the Usha settlers extensively manufactured glass vessels, since we found many wine glasses and glass lamps together with glass lumps that were the raw material; the discovery of the hammer, the nails and the adjacent iron slag teaches us that they also produced iron tools at the site.”

Based on earlier discoveries of wine goblets and raw glass chunks, the locals were involved in the manufacture of glassware. Now, it is known that the residents were also producing iron tools. 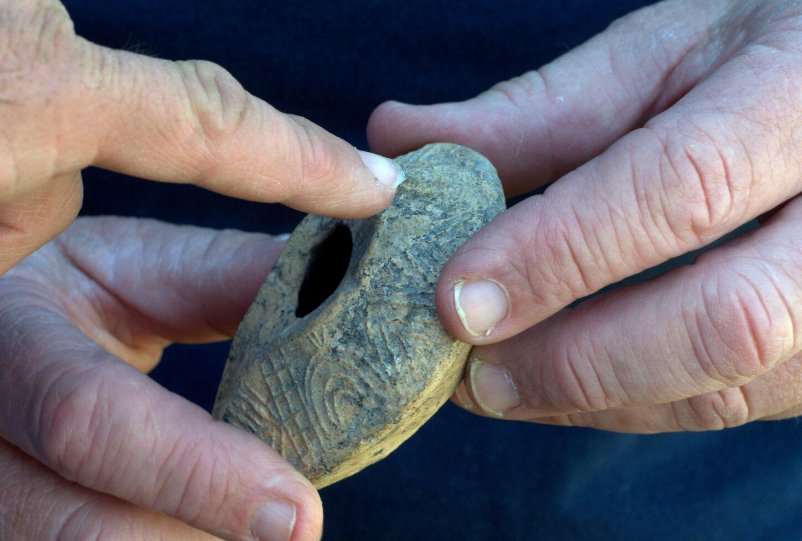 Pottery lamp decorated with the symbol of the Menorah and a palm branch discovered at Usha. Image credit: Yoli Schwartz, Israel Antiquities Authority

According to the IAA, only 20 ancient hammers are registered in its National Treasures, of which only six are from the Byzantine period.

The site was once an impressive Jewish settlement with ritual baths, and oil and winepresses in which olive oil and wine were processed in a state of ritual purity.

Archaeologists say that complex pressing installations for the production of olive oil and wine indicate that the primary occupation and source of income of the Usha inhabitants was the large-scale processing of the agricultural produce of the olive trees and the vines that they cultivated on the surrounding gentle hillslopes.

Adjacent to the oil and winepresses were exposed two rock-hewn ritual baths with plastered walls and steps, dating to the Roman and Byzantine periods, about 1800 years ago. 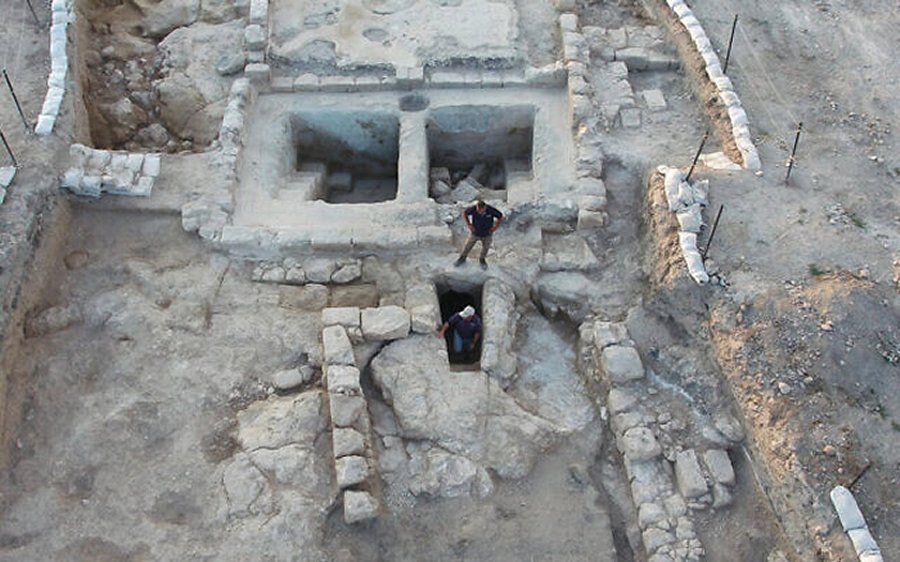 “The settlement of Usha is mentioned in the Jewish sources many times in the Roman and Byzantine periods, as the village where the institution of the Sanhedrin was renewed, after the destruction of the Temple in Jerusalem, and after the failure of the Bar Kochba Revolt in 135 CE,” according to Yair Amitzur.

The many delicate wine glasses, glass lamps and glass lumps indicate that Usha inhabitants were proficient in the art of glassblowing. The ritual baths adjacent to the presses indicate that the Sanhedrin Sages paid particular attention to issues of ritual purity.