AncientPages.com - During diggings at ancient site of Tiel in Gelderland,i n the central eastern part of the Netherlands, archaeologists have discovered  valuable Roman treasures,  including a statue of the god Jupiter, a grave stone inscribed "DEAE" (to the goddess), 2,500 bronze objects and a unique ointment pot.

Romans came to the Netherlands around the first century AD to expand their empire northwards, halting first at the Elbe river and later at the Rhine. The Rhine became the natural border of the Roman Empire in Northwestern Europe, and many Roman settlements and forts were built along its banks. 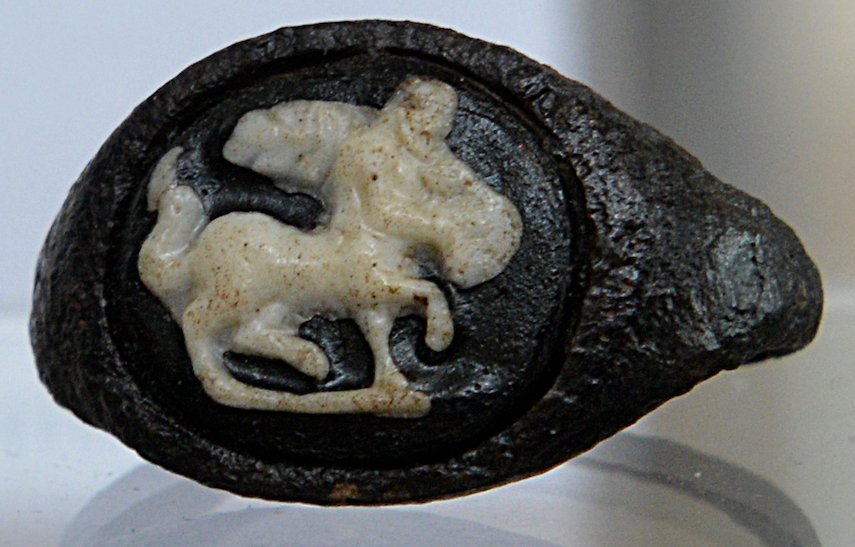 Roman treasures at the site of Tiel, Netherlands

The excavation area at Tiel has yielded many important artifacts from the Roman times, including a Roman funerary urn with a small glass bottle inside it. In the four centuries the Romans dominated Western Europe, Gelderland was part of a border province of the Roman empire. 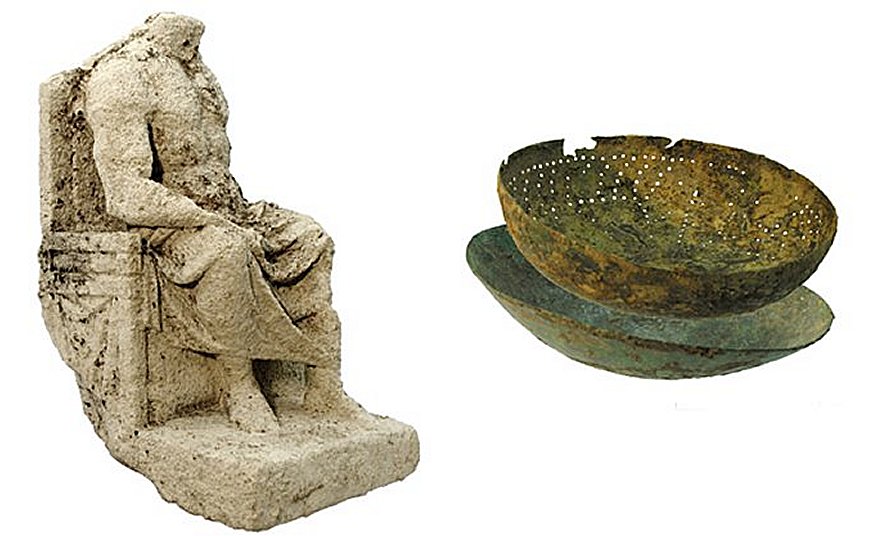 Roman treasures at the site of Tiel, Netherlands

Interestingly, the site rvealed many valuable and sophisticated objects but according to historical records, the area was inhabited by Batavian farmers, people who lived in  simple wood and mud houses.

‘A statue like this, or the ointment pot, would not be out of place in a rich Roman city like Nijmegen, and even there they would be pretty rare. This tells us more about the Batavians and how they developed. Perhaps a number of them were more Romanised then we thought,’ archaeologists Van der Velde said.

Now, archaeologists theorize whether the place was temple or perhaps a villa.

‘The owner of the artefacts could have been an important Batavian who wanted to recreate a piece of Rome in his villa by surrounding himself with expensive and rare objects. But perhaps we have stumbled on a temple. Almost all the bronze objects were found in a square of 20 by 50 metres, so it may well have been a sacrificial site.’

Almost all the bronze objects were found in a square of 20 by 50 metres, so it may well have been a sacrificial site.’

The dig will have to shut down for the next few months to give the present-day farmer a chance to sow and reap his harvest. Van der Velde will then try to discover a floor plan so he can determine the presence of a villa or temple. Van der Velde says the foundations of any building should be left in the ground.

‘Whatever is dug up is gone. We have seen a lot of destruction lately with the construction of roads and industrial estates. The same thing may happen here. But if we know what exactly we are dealing with here it could help Tiel city council make a decision about building a new industrial estate,’ NOS quotes him as saying.