AncientPages.com - A team of archaeologists from the Archaeological Survey of India, discovered about 25 caves located in the north-west of the forest, on the outskirts of Odisha’s capital. 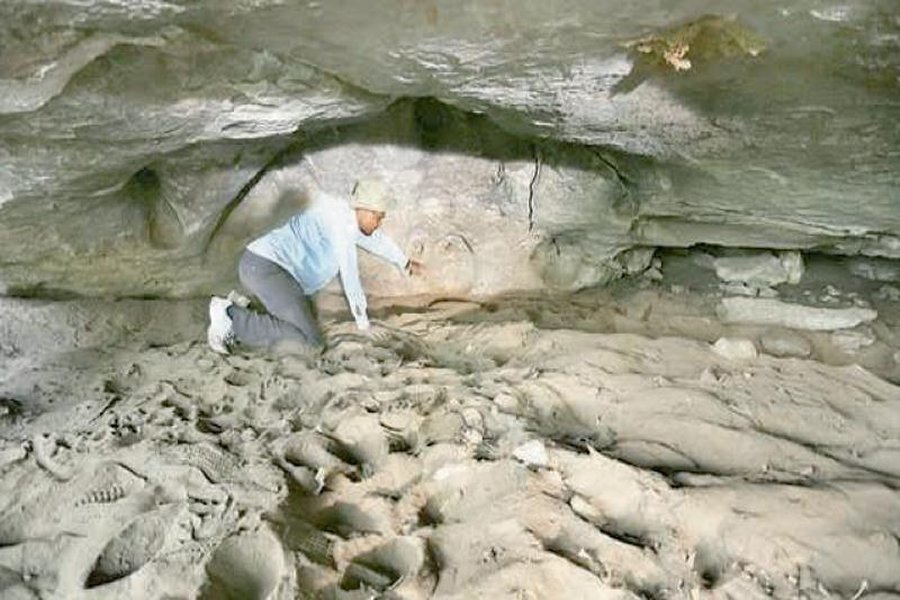 An Archaeological Survey of India officer points at artworks inside a cave, which belonged to the Stone Age, in Chandaka, Odisha. )mage: ASI

The caves were inhabited by humans approximately 4,000 years ago.

During a three-month-long research in the wildlife reserve, the team found also ancient stone carvings.

The artwork on reptiles, weapons and geometrical signs prove that people were living in Parthapur, Kusapangi and Gayalbank, 20 km away from Cuttack and 40 km from Bhubaneswar, at least 3,500-4,000 years ago.

The artworks found from the site are assumed to be of the new Stone Age and Copper Age.

“In view of so many discoveries made about Copper Age civilisations in several locations of Odisha, especially on the banks of Daya and Mahanadi rivers in the past two-three years, we decided to conduct survey in the premises of sanctuary,” ASI deputy superintendent Mr Garnaik said..

Similar artworks were earlier discovered at Bhimbhetka in Madhya Pradesh, he said, adding that the artworks found at Chandaka resembled the central Indian geographical conditions.

“There are the caves of sand and limestone at Chandaka. For the first time, such an ancient civilization was discovered in coastal Odisha,” he said.

The Archaeological Survey of India completed the first phase of research.