AncientPages.com - On February 18, 1370, the Teutonic Knights fought the army of the Grand Duchy of Lithuania and won. This military encounter is known in history as the Battle of Rudau.

It was more than eighty years (since the 1290s), the army of Teutonic Knights had waged a crusade against the pagan Lithuanians. 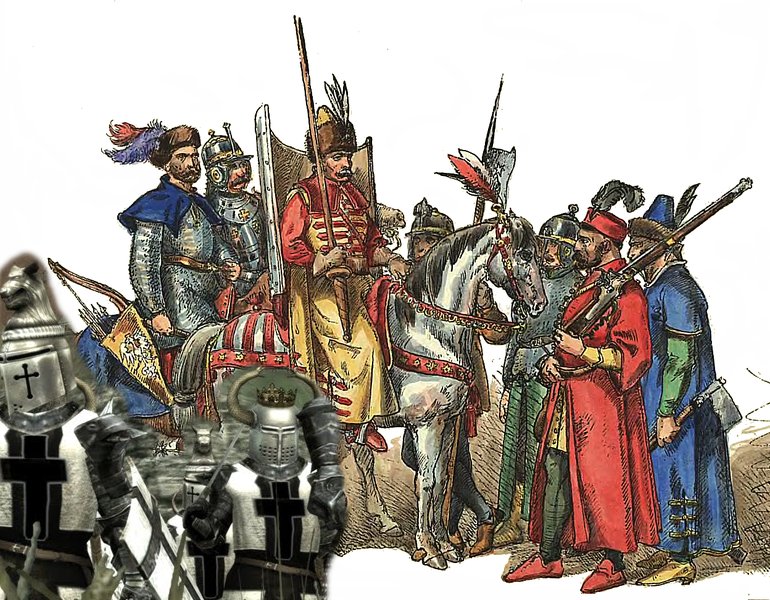 Only some months earlier, in August 1369, the Knights burned a Lithuanian fort in the mouth of the Nevėžis River. The Lithuanians responded with the army organized of Lithuanians, Samogitians, Tatars and Ruthenians.

Their movement took place much earlier than anticipated by the Knights. The Lithuanians took and burned Rudau Castle. Grand Master Winrich von Kniprode decided to take his army from Königsberg to meet the Lithuanians near Rudau.

The Lithuanians suffered a defeat. Algirdas took his men to a forest and hastily erected wooden barriers while Kęstutis withdrew into Lithuania. Marshal Schindekopf pursued the retreating Lithuanians, but was injured by a spear and died before he reached Königsberg.

The Lithuanian noble Vaišvilas is presumed to have died in the battle.

Both sides, however, suffered many heavy losses and it is believed the battle was not very convincing one-sided victory as it was claimed by official Teutonic sources.

Anyway, the victory was to the Virgin Mary and in her honor, Grand Master Winrich von Kniprode founded the Augustinian convent at Heiligenbeil (Mamonovo). The battle marked the last serious threat from the Lithuanians in Prussia in the 14th century.