AncientPages.com - A statue of the Greek goddess Hygieia and god Eros have been unearthed by archaeologists excavating in in the Anavarza Antique City of the Kozan,Turkey's southern province of Adana.

The limestone sculpture, which is believed to date back to the third or fourth century BC, was found broken into two parts and missing a head.

"The famous pharmacologist Dioskurides, who worked in the army during the Roman period and who attracted attention with the medicines he made, lived in Anavarza," Nedim Dervişoğlu, Director of the Adana Museum told Doğan News Agency.

Hygieia was the goddess/personification of health (in Greek, hygieia), cleanliness and hygiene. She was one of the six daughters of Asclepius, god of health.

"In this sense, we can call Anavarza the city where medicine and pharmacology developed," said Dervişoğlu. 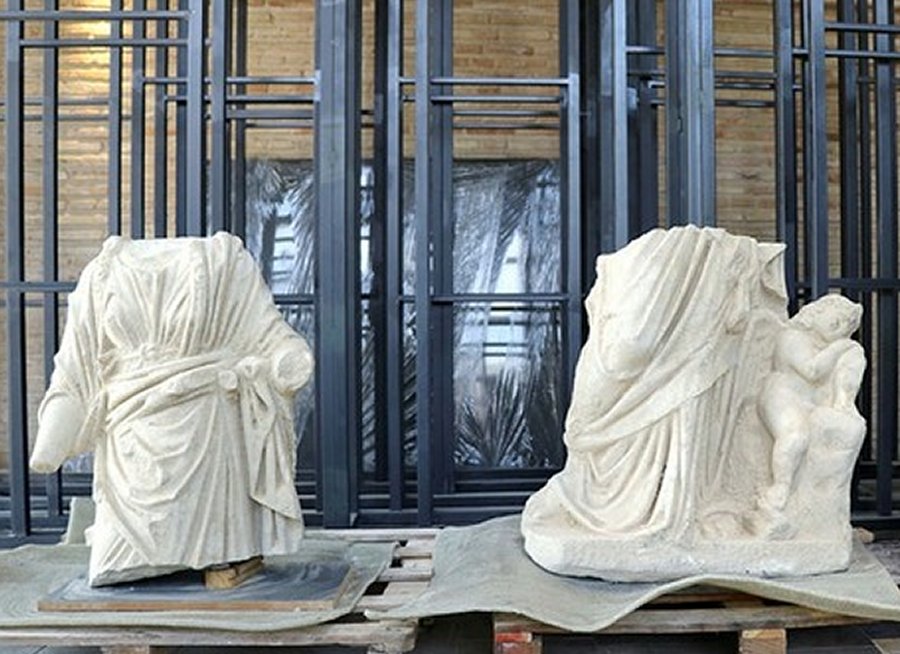 Archaeologists will continue excavations to find the statue’s  missing head.

Anavarza Antique City is one of Turkey's major historical sites, dating back to the second century BC. The city's ruins are surrounded by 20 bastions and a 1500-meter-long wall with four entrances.

Excavations which began in 2013 uncovered the first known colonnaded double-lane road of the ancient world, 34 meters wide and 2700 meters long.

Archeologists also uncovered the ruins of a church and a bathhouse at the site.