A. Sutherland - AncientPages.com - The rock-cut tombs of an ancient Egyptian cemetery, Beni Hasan, were mainly used during the Middle Kingdom, from 21st to 17th century BC.

They were constructed for many powerful nobles and provincial governors of the 11th and 12th dynasties (2125-1795 BC). During the reign of Sesostris III, many local workers decorated them but later, when Sesostris III’s power was largely reduced, this burial tradition ceased. 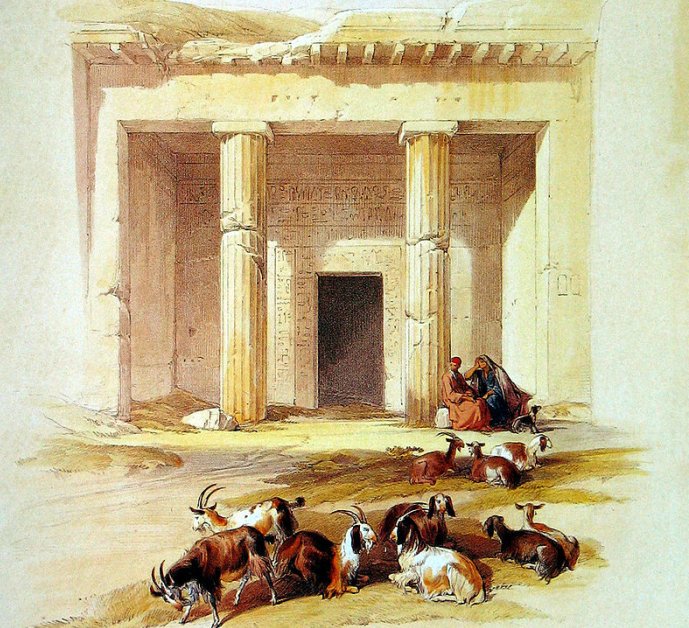 There are 39 tombs carved into the limestone hillside, south of the modern town of Minya on the east side of the Nile in Middle Egypt. Many have rich interior paintings, depicting scenes from everyday life: most of them were robbed many times in antiquity.

However, the well-preserved wall decoration remained untouched until Percy Newberry, British Egyptologist, began a meticulous recording of every scene on the walls in 1890. 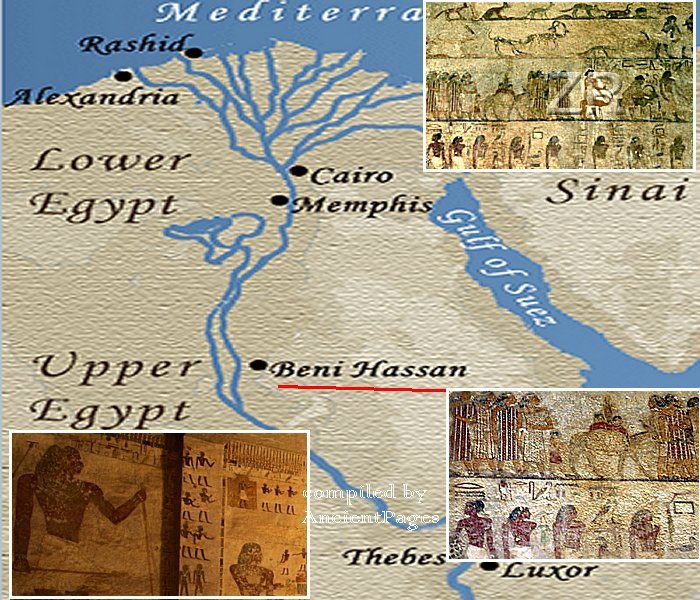 The tombs were constructed for many powerful nobles and provincial governors of the 11th and 12th dynasties (2125-1795 BC).

Of all 39, only four of the tombs (those of Baqet III, Khety, Khnumhotep III, and Amenemhat) are available for visitors. The most impressive of them is that of Khnumhotep III, with a scene depicting the arrival of Asian visitors to Egypt. 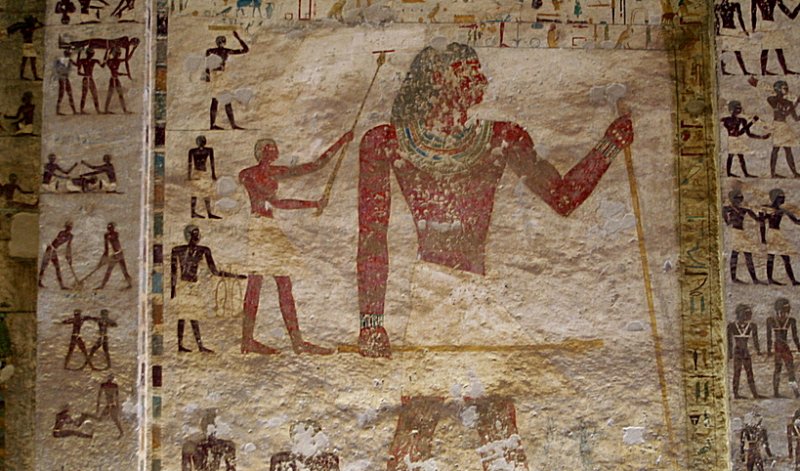 The tombs have columned entrances and the walls painted in horizontal registers that run around them. There are scenes with the provision of food, gathering papyrus, fishing and hunting, spinning and weaving but the decorations were made by simple local workers and not artists. The figures have long, stick-like limbs that are disproportionate in size, all painted in grey, pink and orange colors.

The ownership of the tombs was recorded on the painted wooden coffins, which contained several burials, perhaps the entire families). The coffins were inscribed with a prayer to Anubis or Osiris and decorated with a pair of eyes, through which the deceased could see out.

Spells painted on the coffins’ inside guaranteed the passage of the deceased to the afterlife and a ‘map’ to the underworld depicted on the coffin’s floor guided the soul on its journey. 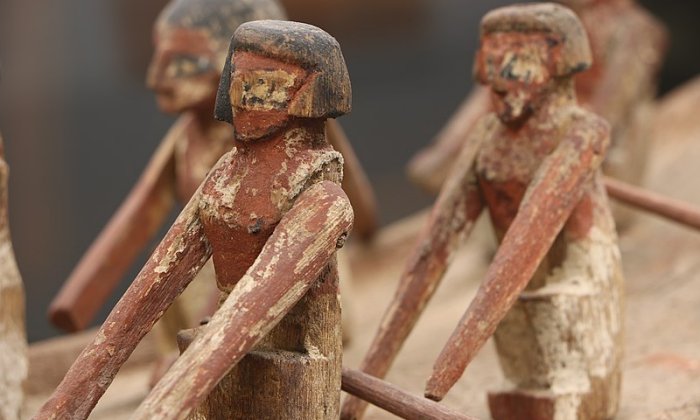 Many of the bodies, however, were found badly mummified and wrapped quickly in bandages. No investigation confirmed whether the bodies were all buried at the same time or were added in different periods of time.

The most curious feature of the tombs was the colorfully painted tiny, wooden models, found in every chamber and depicting miniature figures working in granaries, bakeries, different shops, workshops of carpenters, goldsmiths and other craftsmen and industries.

Also, model boats with small figurines of wooden sailors were found in the tombs. The miniature human figurines (no more than 15cm (6in) tall and about 7.5cm (3in) were placed in the tombs of the governors to ‘continuously work’ for them in the afterlife.

The most beautiful is the grave of Khnumhotep III, an Ancient Egyptian high steward, and vizier of the 12th Dynasty. The walls of the grave are covered with lively and colorful scenes with many themes along with Khnumhotep’s well-preserved biographical inscription.

I. Rosellini, F.Serino, The Monuments of Egypt and Nubia

Hobson Ch. Exploring the World of the Pharaohs