E. Lloyd - AncientPages.com - The Kalevala is one of the most significant works of Finnish literature. It’s a book full of beautiful stories about heroes, villains, remarkable creatures and wonderful adventures.

Compiled from Finnish and Karelian folklore in the 19th century, the book made a deep impact on the young J.R.R. Tolkien and inspired his future books.

In the Kalevala, we encounter many complex and intriguing personalities such as for example Lemminkainen, a war hero who is a prominent figure in Finnish mythology. There are many versions of the original Lemminkainen story because his complex character is a mix of traits originating from several other personalities of oral Finnish poetry. 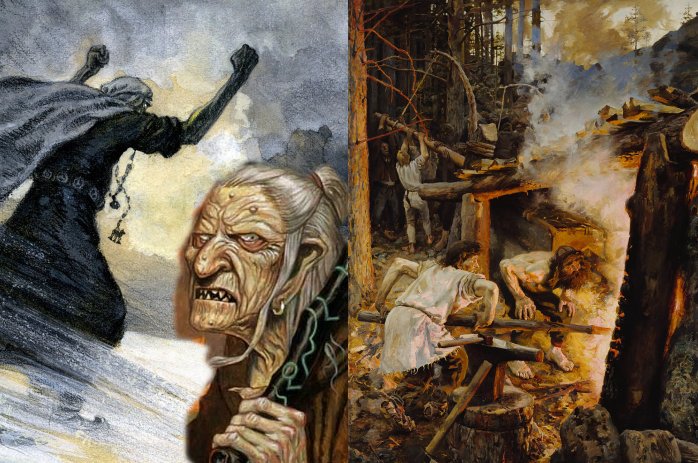 The original Lemminkäinen in mythology is a shamanistic figure, but in many different stories, his roles and experiences frequently change.

Another interesting figure mentioned in the Kalevala is Louhi, who is considered to be a witch and goddess of the North.

Vainamoinen – Sage, Sorcerer, Adventurer And Friend Of Ilmarinen In Kalevala Myths And Legends

As a leader of Pohjola, the people of the north, her powers are great and her daughters avidly sought after. Louhi possesses the power of magic and at one point she steals the Sun and Moon and locks them away.

Louhi is described as an evil witch and it’s very likely she an alter-ego of the goddess Loviatar who was a blind daughter of Tuoni, the god of death in Finnish mythology and Tuonetar, the underworld queen.

The Sampo – A Magical Artifact Which Louhi Tried To Steal

In Finnish mythology, the Sampo (or Sammas) was a magical artifact that many tried to steal, one of them was Louhi.

The nature of the Sampo still remains shrouded in mystery and scholars have attempted to explain the origin and purpose of the artifact.

The Sampo has been interpreted in many ways. It could have been a world pillar or world tree, a compass or astrolabe, a chest containing a treasure, a Byzantine coin die, a decorated Vendel period shield, a Christian relic or something entirely different. 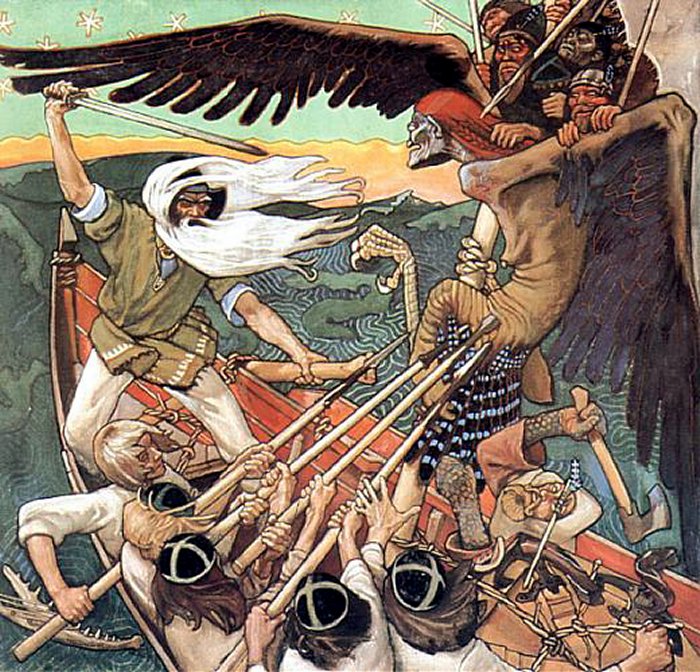 The Defense of the Sampo, shows Väinämöinen as he fights Louhi in her form of a winged monster carrying deformed Pohjola warriors on her back. Image credit: Akseli Gallen-Kallela

Some theories proposed that the Sampo was a world pillar and it as such it referred to the precession of the equinox. Though we do not know exactly what the Sampo was, it’s clear from the stories in the Kalevala that it was a precious and “magical” object made of several magical ingredients, including a barley grain, a swan’s quill tip, a barren cow’s milk, and the wool of one ewe. 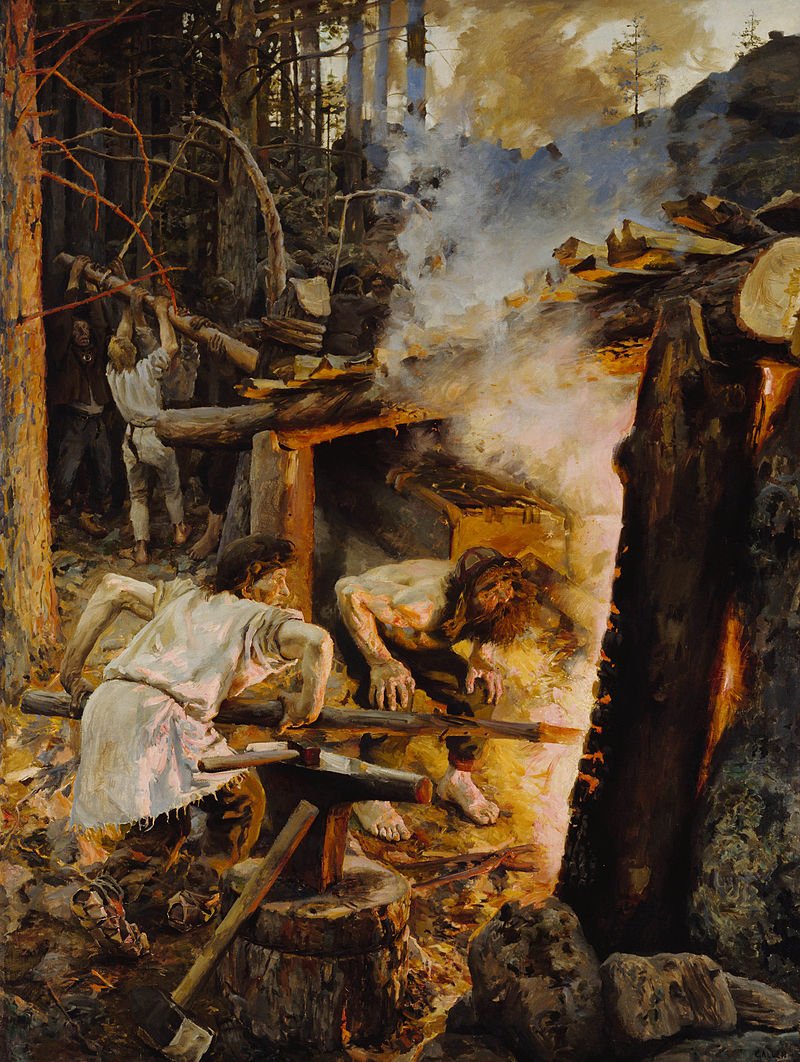 The Forging of the Sampo - The Bridgeman Art Library, Object 476496

The witch Louhi was the main opponent of Väinämöinen, an old hero with a magical voice and his group in the battle for the magical artifact Sampo in the Kalevala.

Louhi who has many beautiful daughters comes up with a cunning idea.

From one story, we learn that Louhi suggests that she will give her daughter’s hand in marriage if the sage accomplishes the task of securing the Sampo.

When the smith Ilmarinen refuses to go to Pohjola, the heedless Väinämöinen forces him to comply —he too is eager to see the dream made real.

In the North, the reluctant Ilmarinen builds the Sampo, which creates endless wealth for the northern people. Everything goes wrong and soon the people of Kaleva and those of Pohjola are fighting over the Sampo. Eventually, the magic mill is destroyed in the battle and the pieces sink to the bottom of the sea.