Ellen Lloyd - AncientPages.com - It's a common ancient superstition that a horse symbolizes good luck. The lucky emblem's status has survived over the centuries, and many ancient societies considered a horseshoe sacred. There are still debates about how a horseshoe should be positioned to bring good luck and ward off evil spirits in modern times.

The ancient history of how the horseshoe became associated with good luck is rather fascinating.

Horseshoes Were Made By Blacksmiths Who Possessed Supernatural Skills

One reason horseshoes were considered lucky was that they were made by blacksmiths who held a high status in society. It was believed that blacksmiths possessed supernatural skills and knowledge of white magic against witchery.

There were many famous blacksmiths, such as Wayland the Smith, a legendary master blacksmith, and Lord of the Elves. Wayland the Smith was known under different names in the folklore of many ancient cultures; in French, he is Galand. In German folklore, this prominent figure is known as Wieland. In Norse mythology, the Smith is called Volund.

Fairies Were Afraid Of Iron

Ancient myths and legends tell stories about fairy folk that lived what is now Northern Europe and the British Isles during the Stone Age period. 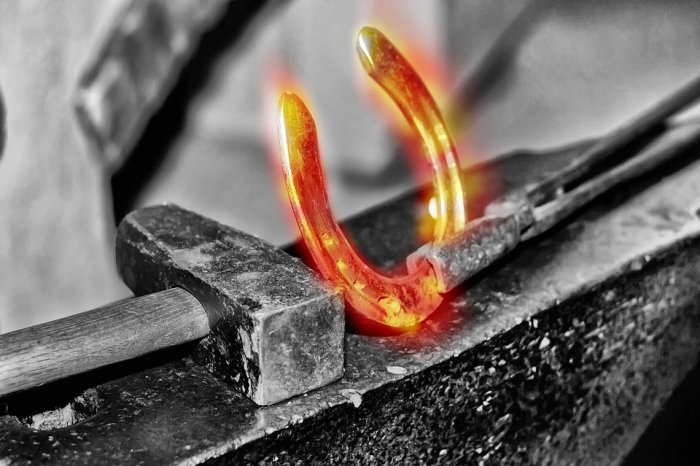 Around 400 B.C. Celtic tribes invaded the lands, and the fairy people had to hide in forests where they camouflaged themselves by wearing green clothes. Sometimes, the Celts encountered the mysterious, magical "little people" living in the woods. These tiny beings were also referred to as elves and goblins.

There are many ancient stories about the fairy folk. Several of the tales have been passed down from one generation to another.

The leprechaun is one of the most famous and influential creatures of the Irish Faerie Folk. 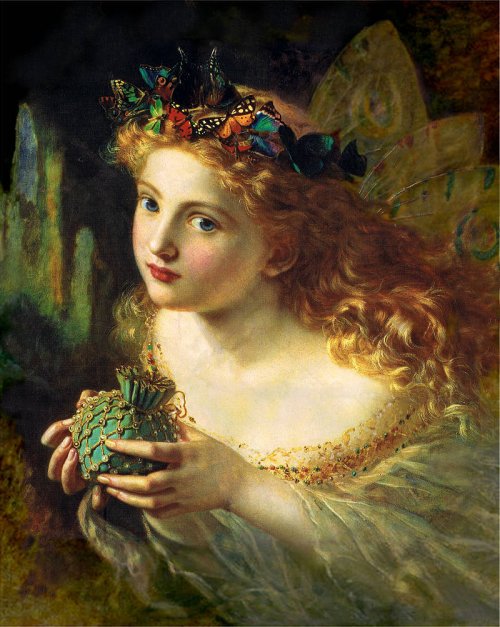 A portrait of a fairy, by Sophie Gengembre Anderson (1869). Credit: Public Domain

It was believed that witches got their power from the fairy people in the very distant past. The fairies were accused of causing many misfortunes among the settlers. People thought the creatures possessed evil powers and they could cast spells. However, people became convinced the fairies were afraid of iron. Horseshoes were made of iron, a metal that was considered sacred in ancient times.

To ward off goblins and evil spirits from their homes, the people hung iron horseshoes over their front doors. "Horseshoes were doubly frightening to the little people because they looked like the Celtic moon god's crescent," Donald E. Dossey states in his book, "Holiday Folklore, Phobias, and Fun."

St. Dunstan And His Meeting With The Devil

Legend credits St. Dunstan with giving the horseshoe, hung above a house door, special power against evil. St Dunstan, the 10th century English saint, was born near Glastonbury in England.

From The Horse Shoe by Edward G. Flight, we learn that one day, St. Dustan was visited by a man the saint quickly recognized as the devil. 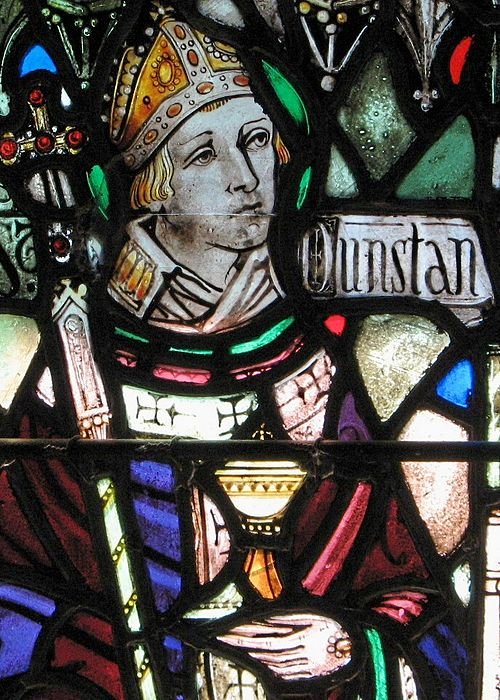 The devil asked him to attach horseshoes to his cloven hooves. St. Dustan did what he was told, but he also explained that he would have to shackle the devil to the wall to perform the service. The blacksmith deliberately made the job so excruciatingly painful that the bound devil repeatedly begged for mercy. St. Dunstan refused to release him until he gave his solemn oath never to enter a house where a horseshoe was displayed above the door.

This is the story behind one of the great traditions of folklore: the nailing of a horseshoe over a door.

Many people still believe that hanging a horseshoe in the home can ward off evil spirits, provided it hung with the two ends hanging up, forming a u-shape.