A. Sutherland - AncientPages.com - A legendary master blacksmith Wayland the Smith has different names in the folklore of many other cultures. In French, he is Galand, and in German legend, this prominent figure is known as Wieland, and in Norse mythology, the Smith is called Volund.

This beautiful bronze Viking artifact depicts a legendary master blacksmith - Wayland the Smith wearing his cloak of feathers and flying. 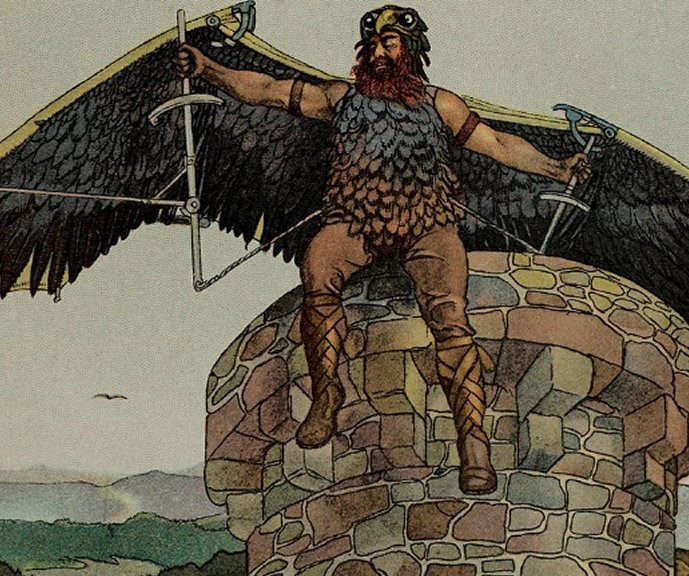 In Scandinavian, German, and Anglo-Saxon legends, Wayland is a smith of outstanding skill. In some myths, Wayland is a son of a giant Badi and grandson of a mermaid; he is also King of the Elves, and his wife is Alvit, one of the famous Valkyries.

His story can be found in the Völundarkvida, one of the poems in the 13th-century Icelandic Elder, or Poetic, Edda, a collection of very Old Norse poems mainly preserved in the Icelandic medieval manuscript ' Codex Regius.'

He served as an apprentice to the wise craftsman Mimir, a sea giant, one of the descendants of the first gods, who formed the oldest trinity.

Wayland was a clever smith. He used his supernatural skills to make weapons, magical items which no blow could break, and manufactured the most elegant ornaments of gold and silver.

According to Völundarkvida', King Nidud, an evil king of Sweden, surprised Wayland in his sleep; he bound him and made him a prisoner, forcing the Smith to work for him.

To prevent Wayland from escaping, Nidud cut the tendons in his feet, making him lame. 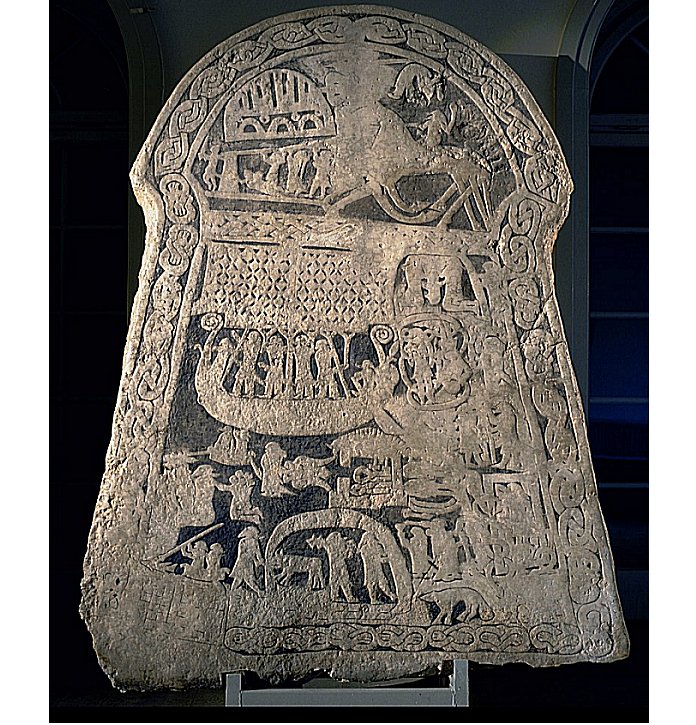 He took possession of his sword, a formidable weapon with magic powers, and the love ring made of pure Rhine gold, which he gave to his only daughter, Bodvild. He placed Wayland on a remote island, but Wayland took cruel revenge on Nidud by raping his daughter and killing Nidud's two sons, who came secretly to see his treasures. Then, he sent their heads studded with precious jewels and mounted on the silver to King Nidud.

He crafted gold and jewel-studded drinking bowls from the boys' skulls and sent them to the king. The Smith escaped his island prison by flying away on magical wings (or, in some versions, a feathered robe), which he had crafted for himself. He went to Alfheim (Old Norse: Álfheimr, "Land Of The Fairies"), where he found his beloved wife Alvit.

He continued to work as a smith, forging incredible weapons such as the swords Miming for his son Heime, the precious sword Balmung for Sigmund, a Volsung hero, and many other magnificent magic weapons.

The legendary Wayland is figured prominently in the mid-13th-century Icelandic prose 'Thidriks saga,' in 'Beowulf,' and in the Anglo-Saxon and German poems.

Wayland the Smith resembles the Roman god Vulcan, who was also a clever smith and could use his talents to work out his revenge. Vulcan, lamed by a fall from Olympus, and neglected by Juno, whom he had tried to befriend, sends her a magic golden throne that could seize and hold her fast.