AncientPages.com - On November 15, 1280, died Albertus Magnus , known as Albert The Great or "Universal Doctor".
He was born ca. 1200 and educated at the University of Padua, where he received instruction in Aristotle's writings. 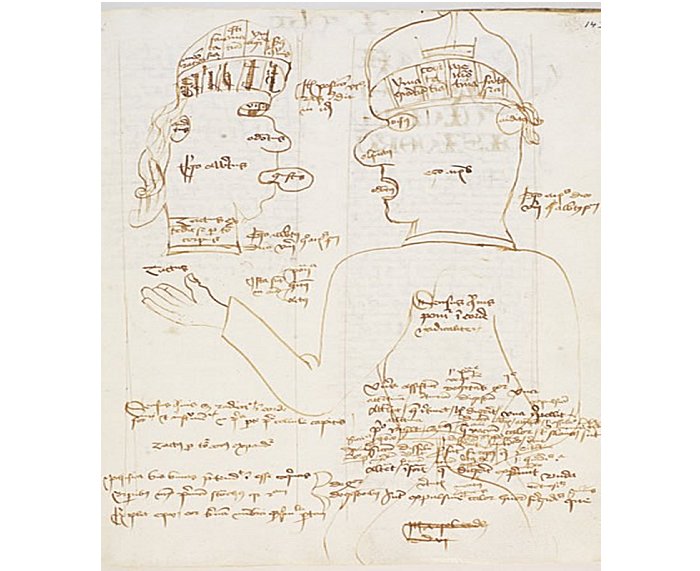 The drawing is actually not a caricature of the teachers. It is a demonstration where philosophers Albertus Magnus and Aristotle meant that man’s different ”mental faculties” are found. Image via University of Uppsala, Sweden

Magnus was Dominican bishop, Catholic bishop best known as a teacher of St. Thomas Aquinas and as a proponent of Aristotelianism, a tradition of philosophy that takes its defining inspiration from the work of Aristotle,  at the University of Paris.

Like his contemporary, Roger Bacon (1214-1294), an English philosopher and one of the most famous Franciscan friars of his time, Albertus was a true student of nature. He conducted observations and experiments in every area of medieval science. 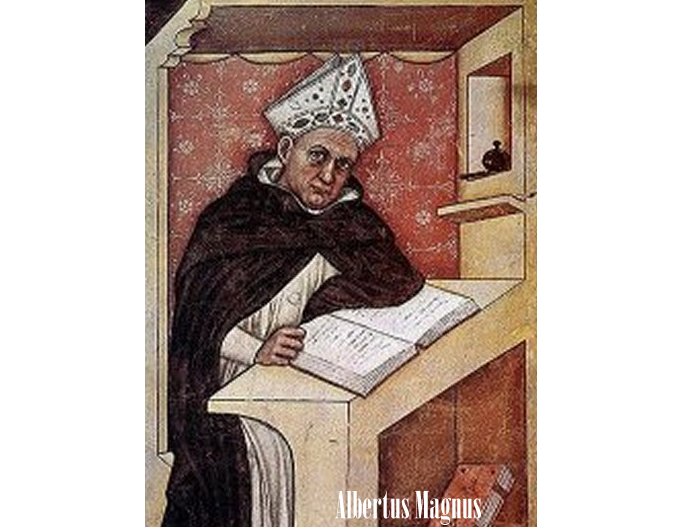 Albertus was both a student and a teacher of alchemy and chemistry. In 1250 he isolated arsenic, the first element to be isolated since antiquity.

Some of his critics alleged that he was a magician and that he made a demonic automata (a brass head, able to speak by itself). Albertus himself strongly denied the possibility of magic.

Many scholars have referred to him as the greatest German philosopher and theologian of the Middle Ages. The Catholic Church distinguishes him as one of the 36 Doctors of the Church.

In 1260, Pope Alexander IV made him bishop of Regensburg, an office from which he resigned after three years. During the exercise of his duties, he enhanced his reputation for humility by refusing to ride a horse, in accord with the dictates of the Order, instead traversing his huge diocese on foot. 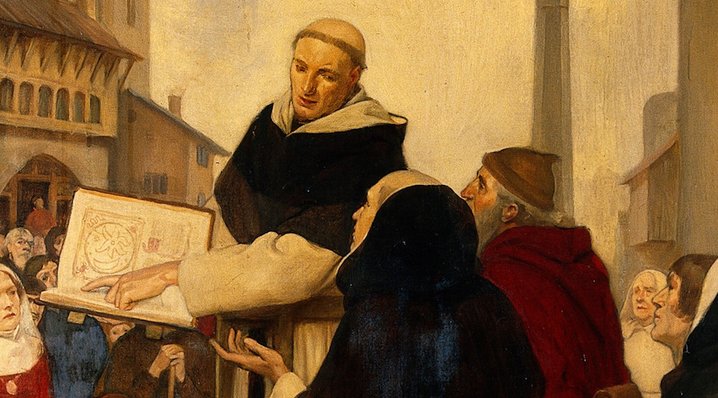 This earned him the nickname "boots the bishop" from his parishioners. In 1263 Pope Urban IV relieved him of the duties of bishop and asked him to preach the eighth Crusade in German-speaking countries.

After this incident, he was especially known for acting as a mediator between conflicting parties.

He is remembered not only for being the founder of Germany's oldest university there, but also for "the big verdict" (der Große Schied) of 1258, which brought an end to the conflict between the citizens of Cologne (now, the largest city in the German federal State of North Rhine-Westphalia) and the archbishop.

Albertus Magnus introduced the scientific treatises of Aristotle and the scientific method to Europe.
He suffered a collapse of health in 1278 and he died on November 15, 1280, in the Dominican convent in Cologne, Germany.

Since November 15, 1954, his remains are in a Roman sarcophagus in the crypt of the Dominican St. Andreas Church in Cologne.