It was located just outside Athens in the vicinity of a beautiful grove dedicated to the god Apollo Lyceus. This prominent school, certainly comparable to our modern universities, became known as the Lyceum, an education and research center. 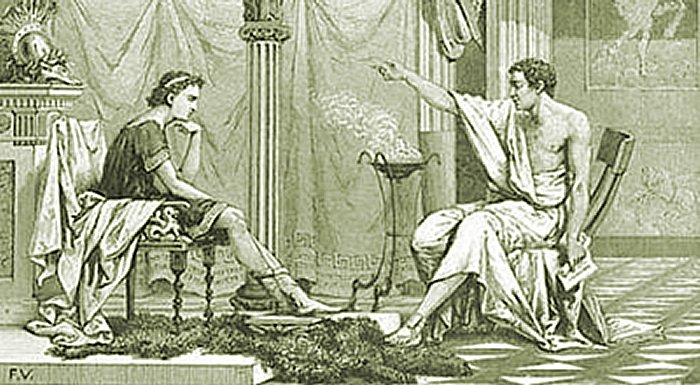 It was also known as a 'Peripatetic School' (Greek word peripatos, means stroll) as it is believed that Aristotle liked to walk with his student along the school’s walkways, discussing philosophy and the principles of mathematics.

Aristotle’s great school also played a crucial role as a library and museum. Supported by a large money gift of 800 talents from Alexander the Great, Aristotle was able to organize his impressive collection of plant and animal specimens and collect diverse manuscripts and maps of great value.

Aristotle also encouraged the school’s teachers to gather information regarding medicine, mathematics, physics, botany, philosophy, astronomy, rhetoric ethics, theology, cosmology, and other areas of science. Members of his Lyceum were busy conducting research in a wide range of subjects.

This great thinker has prepared enormous material as a basis for lectures. Aristotle is considered to be the first book collector, who assembled the first great library of antiquity. 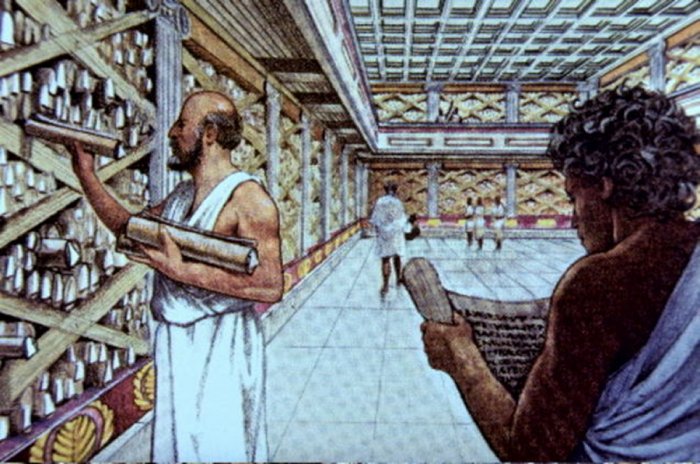 Later, passed into the hands of the philosopher Neleus of Skepsis and the library lose its connection with the School. The books did not return to its original place but were scattered.

His own intellectual legacy is enormous and contains scientific lectures, literary and scientific works, as evidenced by 143 works contained in 400 books, not counting letters and poetry.

Before his death in 322 BC, Aristotle handed over a library along with his own manuscript legacy to his Theophrastus of Eresos (c. 371–287 BC), who was his successor, Aristotle’s close colleague, philosopher and successor at the Lyceum, who wrote many treatises, in all areas of philosophy, in order to support, improve, expand, and develop the Aristotelian system.

Until the death of Theophrastus in 287 BC, Aristotle's famous lectures were the basis of teaching in the school.

Celsus Library: One Of The Most Beautiful Ancient Structures In Ephesus

As Edith Hall, a British scholar of classics wrote, “the papyrus on which most ancient Greek and Latin books were recorded, as an organic material, was extremely vulnerable to rotting and wear and tear”…and “two generations later the collection of rolls ended up in the hands of some “ordinary people” of Scepsis in Asia Minor, who did not know how to store its precious contents…” 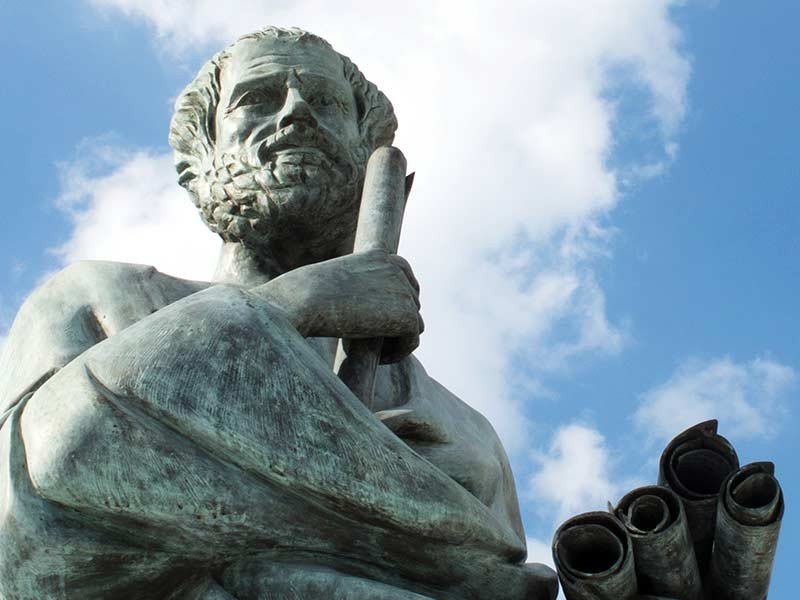 According to one version, Neleus od Scepsis, a pupil of Theophrastus kept the original manuscripts of both philosophers but sold other books from the library to Ptolemy II, the ruler of Egypt who was at that time occupied with the creation of his own great library at Alexandria.

Later the library of the Stagira got into the hands of people who kept books in very bad conditions because Neleus’ descendants who inherited the priceless works had no idea how to store them. They only wanted to protect the writings from being stolen. Kept for a very long time in the dark basement, the manuscripts were damaged.

Aristotle’s work was not in the form of ordinary books but only notes and manuscripts, and yet, his surviving writings were incredibly influential.

More than 2300 years after his death, Aristotle remains one of the most influential people who ever lived. He contributed to almost every field of human knowledge then in existence, and he was the founder of many new fields of science.