AncientPages.com - On September 18, 53 AD, Roman Emperor Trajan was born in Spain. He was the Second of Five Good Emperors.

Trajan (Marcus Ulpius Nerva Traianus) was the member of a very prominent family, and in his late teens and early twenties, he worked his way up in the Roman army, gaining a reputation as a soldier’s commander while fighting in some of the most vicious battles. 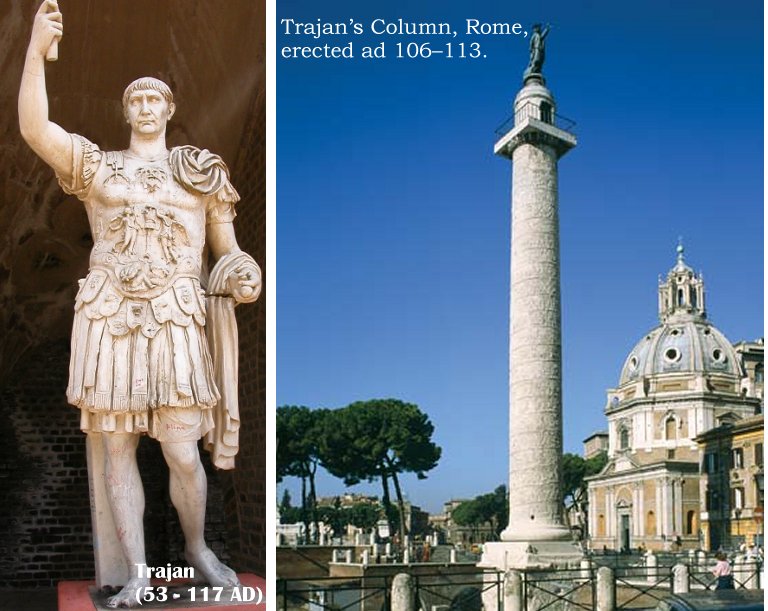 His rise began under the reign of the Roman emperor Domitian, for whom he served as a general in the Roman army, dealing mainly with revolts along the German frontier.

In 98, Trajan became Emperor of Rome. Trajan is considered one of the most highly-regarded Roman Emperors in history andhis influence on Rome was observed everywhere in daily life of the city.

Trajan was responsible for his extensive public building program, which redesigned Rome, adding such magnificent constructions as Trajan's Forum, Trajan's Market, and the famous Trajan's Column.

In 101, he launched a campaign against the Dacians and their king, Decebalus, who lived in modern-day Romania.  After defeating the Dacian army in 102, Trajan returned to Rome, but in 105, he had to fight the troublesome Dacians again. In 106 Trajan and his army managed to integrate the kingdom of Dacia into the Roman Empire.

Later several other small kingdoms were also annexed along with Parthia in 113. In 116, he expanded the Roman Empire to its farthest extent in its history.  However, while returning back to Rome in 117, Trajan suffered a stroke and died en route.  He was deified by the Senate, and his ashes were laid to rest under Trajan's Column.

His adopted son, known more commonly as the Emperor Hadrian, succeeded him on the throne.