AncientPages.com - One of the earliest examples of a ‘crayon’, which was probably used by our ancestors 10,000 years ago is an interesting discovery made by archaeologists from the University of York.

The ochre crayon was discovered near an ancient lake, now blanketed in peat, near Scarborough, North Yorkshire. An ochre pebble was found at another site on the opposite side of the lake.

It had a surface covered with multiple grooves that is likely to have been scraped to produce a red pigment powder. The crayon measures 22mm long and 7mm wide.

“The pebble and crayon were located in an area already rich in art. It is possible there could have been an artistic use for these objects, perhaps for colouring animal skins or for use in decorative artwork,” Dr Andy Needham at the University of York, said.

Ochre - an important mineral pigment - was used by prehistoric hunter-gatherers in many places around the world. Later, in ancient times, the ochre tradition was also very popular and widely utilized by many different civilizations. 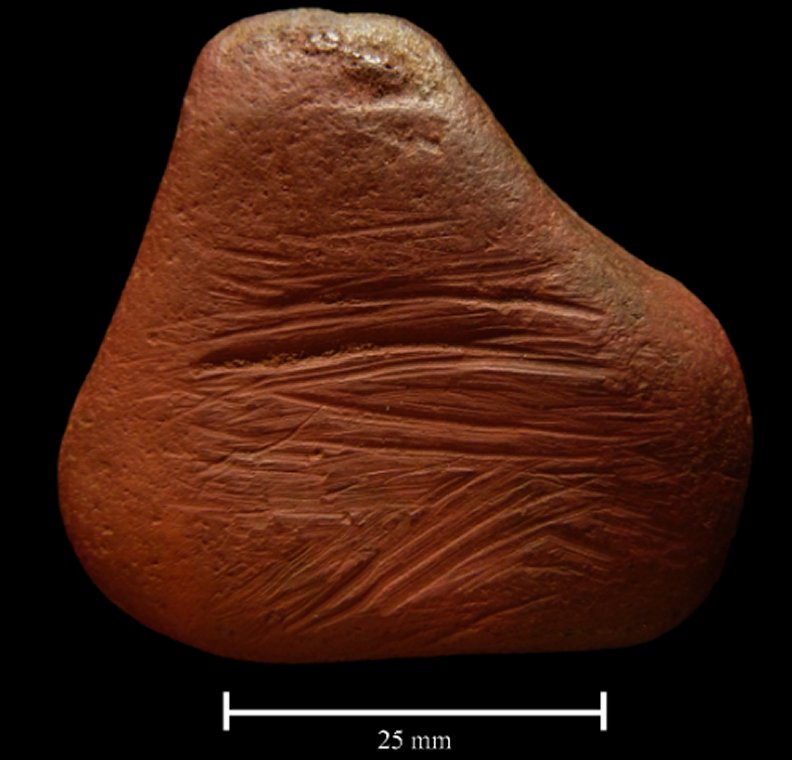 The artifacts were found at Seamer Carr and Flixton School House. Both sites are situated in a landscape rich in prehistory, including one of the most famous Mesolithic sites in Europe, Star Carr, commonly regarded as the most important and informative Mesolithic site in Great Britain.

The ancients used ochre for applying color to their animal skins or for artwork.

“Color was a very significant part of hunter-gatherer life and ochre gives you a very vibrant red color. It is very important in the Mesolithic period and seems to be used in a number of ways.

“One of the latest objects we have found looks exactly like a crayon; the tip is faceted and has gone from a rounded end to a really sharpened end, suggesting it has been used, Dr. Needham added.