AncientPages.com - The dead were not buried until they had decomposed to skeletal remains. The skeletons were then dismantled and bones of similar types were buried together, say Danish archaeologists researching a burial site in an ancient town in southern Jordan.

“It might sound a bit like something from a splatter movie,”  Moritz Kinzel, a researcher at the Department of Cross-Cultural and Regional Studies at the University of Copenhagen, told Videnskab.

“The body parts have been sorted and buried in collective graves, where we find the specific categories of bones together.” 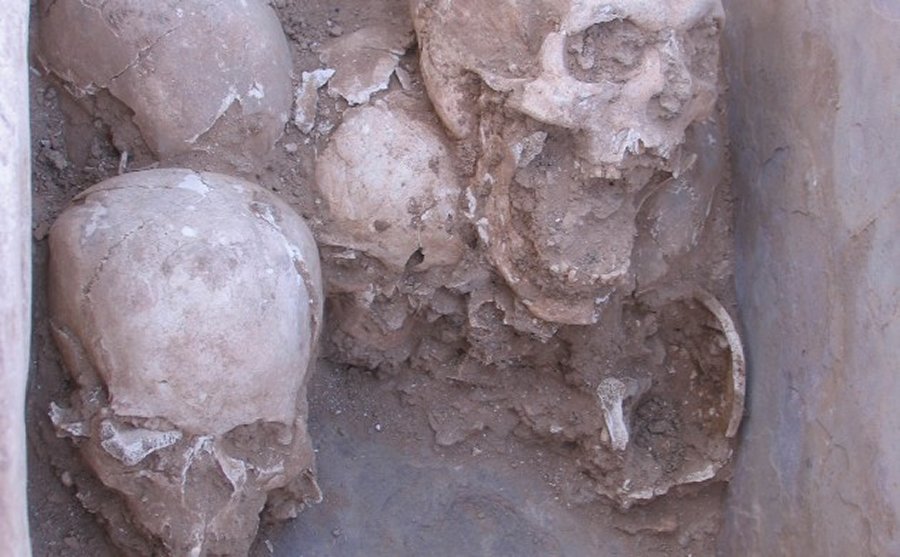 Skeletons were taken apart and the bones buried in different locations (photo: University of Copenhagen)

Large numbers of children
Danish researchers are still in the process of excavating the site, called Shkārat Msaied. So far they have found the skeletons of more than 70 people.

“It is interesting there are an unusually large number of children buried, ranging from small babies to adolescents,” said Kinzel. “There seems to have been a strong tendency to bury children inside the houses.”

Kinzel said they had unearthed three new burial sites containing at least 10 children and two adults, and that they still had several more sites to look at.

Animal bones, including birds, foxes, goats and sheep, have been found buried along with the human remains.

“We do not know if the burials are related to something religious, but there seems to be some kind of ritual behaviour associated with the funeral,” said Kinzel.

Bones in the box
The bones were for the most part separated and placed in trunks located inside private homes.

“There is, for example, a very fine stone coffin in which the skulls were stacked together at one end and longer bones like those that come from the leg or the arm are located at the other end,” said University of Copenhagen researcher Marie Louise Jørkov.

Jørkov said that old skeletons are very fragile and must be excavated carefully. Some of them have been brought to Copenhagen for further study.

“It is extremely exciting to be involved,” said Jørkov. “We are probably dealing with some of the world’s first agriculturalists, and their bones can give us information about the lifestyle and chronic diseases they encountered.”

Changing lifestyles
About the time the skeletons were buried 9,000 years ago, their society was undergoing a major upheaval from primarily being hunter-gatherers who lived a nomadic life to settling down and becoming farmers.

The excavation of the sites will continue.