Jan Bartek - AncientPages.com - As early as 9,500 years ago, people in Europe used slash-and-burn methods to make land usable for agriculture. This is shown by environmental data generated by scientists from the Senckenberg Center for Human Evolution and Paleoenvironment (S-HEP) at the University of Tübingen on the basis of two drill cores from the Ammer Valley.

The data were then correlated with results from the Mesolithic scattered finds from Rottenburg-Siebenlinden excavated by the Baden-Wuerttemberg Landesamt für Denkmalpflege (State Office for Monument Preservation). In their study, published in the Journal of Quaternary Science, the scientists investigate to what extent climate or anthropogenic factors played a role in the development of the vegetation landscape of the Ammer Valley over the past 11,500 years. The researchers paid particular attention to fires used by Stone Age hunters and gatherers. 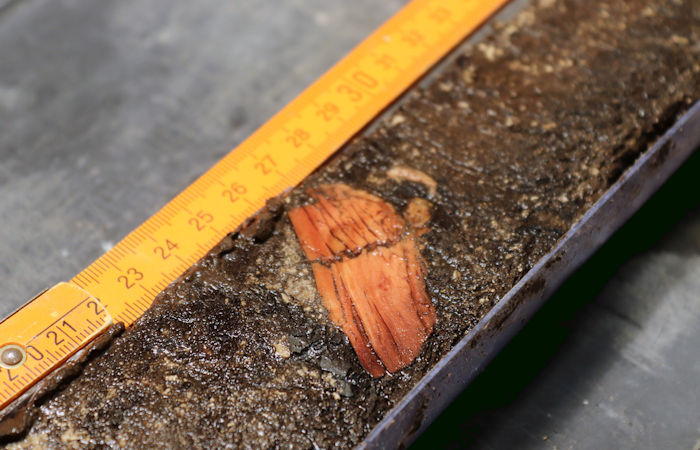 The Mesolithic began with the Holocene, the present warm period, about 11,700 years ago—and the climatic change at that time also brought about reforestation, especially with pine, birch, and hazel. The herds of ice-age steppe animals such as reindeer or mammoth were replaced by forest animals, e.g., deer and wild boar. "Typical for the Mesolithic are so-called microliths—small flint implements, which at the beginning of the Mesolithic were mostly made in a triangular and later a quadrangular fashion.

Numerous artifacts of this type have been recovered from the Mesolithic scattered finds of Rottenburg-Siebenlinden near Tübingen, Germany," explains Shaddai Heidgen, a Ph.D. student at S-HEP, and she continues, "In our recent study, we explored how the landscape of the Ammer Valley changed during the Mesolithic period—and who was responsible for this change, in particular for the numerous fires during that period."

Based on pollen analyses, micro and macro charcoal remains, and by reconstructing the paleoclimate from sediment cores, the research team was able to determine that between 10,100 and 9,800 years ago, the open and moisture-rich vegetation was dominated by natural fires.

"These created favorable conditions for Mesolithic settlements—such as the ones found in Rottenburg-Siebenlinden," explains Heidgen. "The fires created attractive sites for herbivores as well as pioneer vegetation such as hazelnuts."

According to the study, the people of that time began to use the slash-and-burn methods specifically for their own purposes, starting 9,500 years ago. The scientist from Tübingen comments, "Our charcoal and pollen analyses show that the frequent fires in a landscape increasingly dominated by deciduous trees were controlled by Mesolithic hunter-gatherers. Moreover, the archaeological horizons of the Mesolithic settlement area coincide with the rather weak but frequent fires."

Upcoming research projects will help to understand the Mesolithic land use strategies and settlement activities in the region in further detail.

The study was published in the Journal of Quaternary Science