Conny Waters - AncientPages.com - Greek archaeologists examined an ancient Egyptian mummy (AIG. 3343) and found that ancient Egyptians used dental filling. The study suggests that the filling was practiced as a sort of therapy and not as part of the embalming process.

The subject of this examination was an ancient Egyptian mummy from the Ptolemaic age (305 to 30 BC) unearthed in the city of Akhmim, southern Egypt. Akhmin was known among the Greeks as ‘Panopolis. 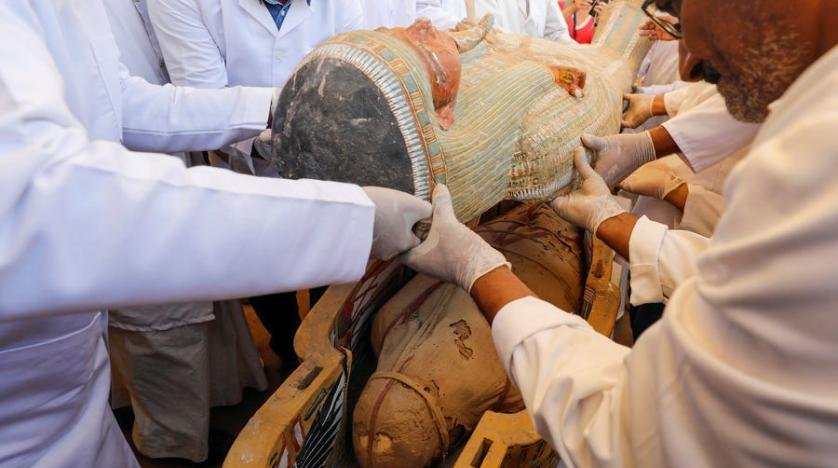 The mummy, which was kept at Athens's National Archaeological Museum, was transported to the Radiology Department of the Athens Medical Center for study.

Archeologists from the Mummy Research Project of the Hellenic Institute of Egyptology, the National Archaeological Museum, and the Athens Medical Center, used the computerized tomography (CT) technique, which provides a full description of teeth.

Over the last decades, it has been confirmed that CT is a valuable tool for studying mummies. Also this time, the technique was very helpful and a complete CT scanning was performed of the Ptolemaic male mummy (150–30 BC).

The researchers found a porous cavity in the teeth of the mummy filled with protective materials, which suggests that Ancient Egyptians had used dental filling and were probably the first to use this protective measure, reports Asharq Al-Awsat.

However, they were surprised to find low-density materials (dental filling) between the first and the second molars in the lower jaw.

According to the team, the unique structure and low density of the discovered material is considerably different from the embalming materials found in different parts of the mummy's skull.

The dimensions of the filling were larger than the cavity, which suggests the material was deliberately placed there.

They also found that the material's structure was different from the teeth's shape and that there were other cavities that are not filled with the material. Although the discovery of the filling was the key result of the study, archeologists managed to determine that the mummy's teeth were weak and tattered in several places. The problems ranged from a mild loss of enamel to a complete loss of tissues in the first molar of the upper right jaw.

The archeologists also found evidence on severe gum infection in many teeth, along with a huge bone loss in different spots.

The study did not focus on the reason behind this mummy's death, but the skull's characteristics suggested it belongs to an adult male who died in his twenties. The mummy did not show significant degenerative changes in the spine and large joints.

In their paper published in the American Association for Anatomy's the Anatomical Record-Journal, the Greek researchers write that the case of the Ptolemaic mummy (AIG. 3343) ‘is the second case of dental packing in the literature among ancient Egyptian mummies studied to date.

Its remarkable resemblance to the previously published study may indicate a common dental intervention performed by ancient Egyptians. Despite the well‐known early medical traditions of ancient Egypt, spanning from the Old Kingdom to the Ptolemaic and Roman Periods, little evidence remains of their practices in dentistry.’