AncientPages.com - An amateur archaeologist has discovered a spectacular ancient gold treasure. The Hjarnø treasure consists of over 32 pieces of jewelry including gold and pearls, dating 1,500 years. Some of of the jewelry has patterns and designs not previously seen. 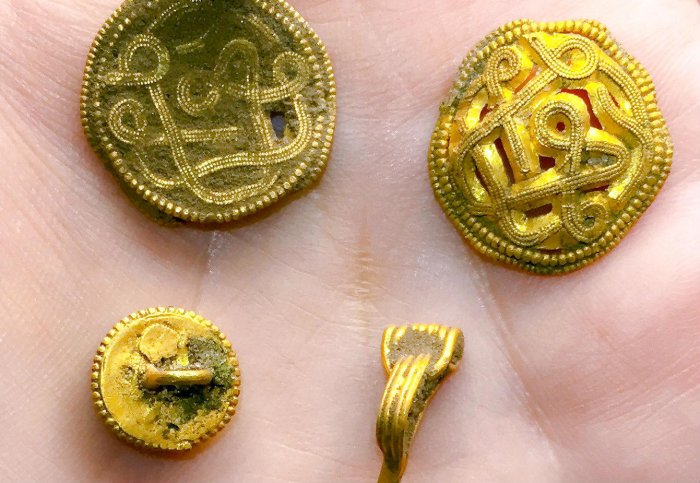 The treasure was unearthed on muddy land on the island of Hjarnø near Horsens, Denmark.

The find suggests that people from Hjarnø had contact with the Roman Empire.

Scientists are now wondering whether the Hjarnø gold treasure was such offering to please angry gods.

It’s possible some of the valuable artifacts were sacrifices that could later be used in Valhalla, the hall of the fallen where Viking hero warriors dwell after death, as described in the Ynglinga saga. Due to the large number of small gold pieces, we can also assume some of the objects were used as a form of payment.

“The gold included beads, pendants, a needle and small gold pieces that were used as currency during the Iron Age,” Local DK reports. 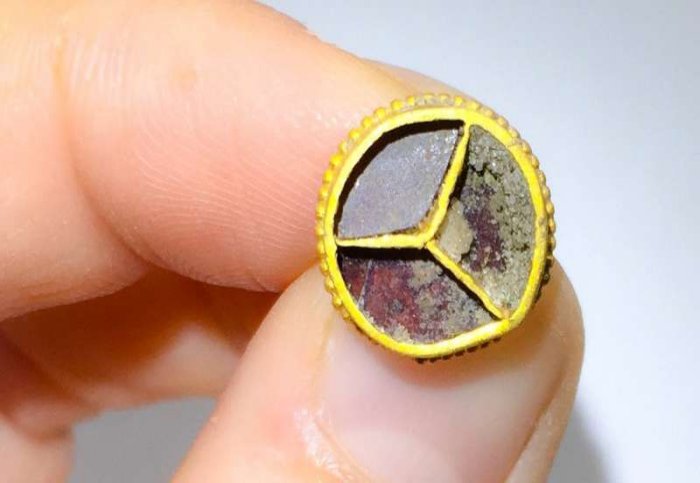 Gold treasure discovered in a field in Hjarnø over the past two years are now being analysed at The Vejle Museums. Archaeologists will try to decipher where the gold came from and how it was made. Credit: The Vejle Museums

According to Mads Ravn, head of research at Vejle Museum, “the gold was thought to date from just before the Viking period and was likely buried around 500 CE.”

“They probably took part in raids there, so our find is a small legacy from a turbulent time in world history in which gold speaks its own clear language,” Ravn told DR. 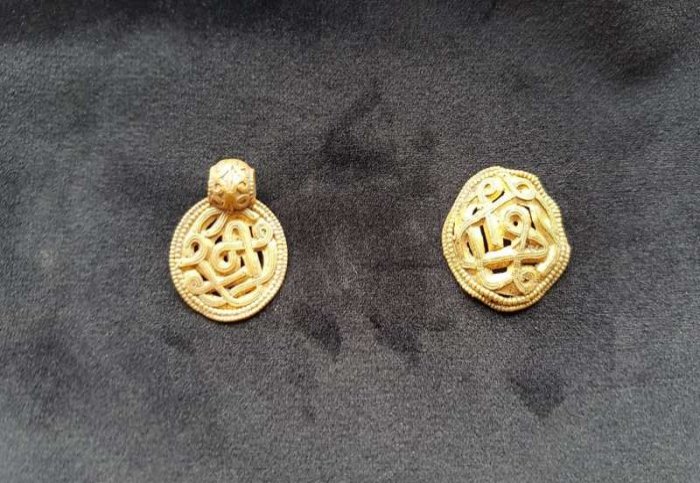 “In terms of craft, they are completely unique, with gold markings that almost form spirals,” he said.

“That is evidence of a high level of skill,” he added.

It should be added that spirals appear to have been of great importance in ancient Denmark. As Ancient Pages previously reported, some years ago as many as 2,000 spirals made of gold were unearthed in a field in southwestern Zealand.

The trove of gold spirals may have been used for religious ceremonies during the Bronze Age, when the Danes’ ancestors worshiped the Sun.