Ellen Lloyd - MessageToEagle.com - It is located about 40 miles southwest of Xian, the largest of sixteen pyramids located in the area designated as a Shensi, or a "no-go area", a forbidden zone by the Communist authorities.

These restrictions make it extremely difficult for Westerners to visit the pyramid and take photograph of it. Nevertheless, some people from West have actually managed to find a way to view this impressive structure.

It is unknown when exactly the Great Pyramid of China was raised. According to some Chinese archaeologists the pyramid was built during the Hsia Dynasty from 2205 to 1767 B.C. 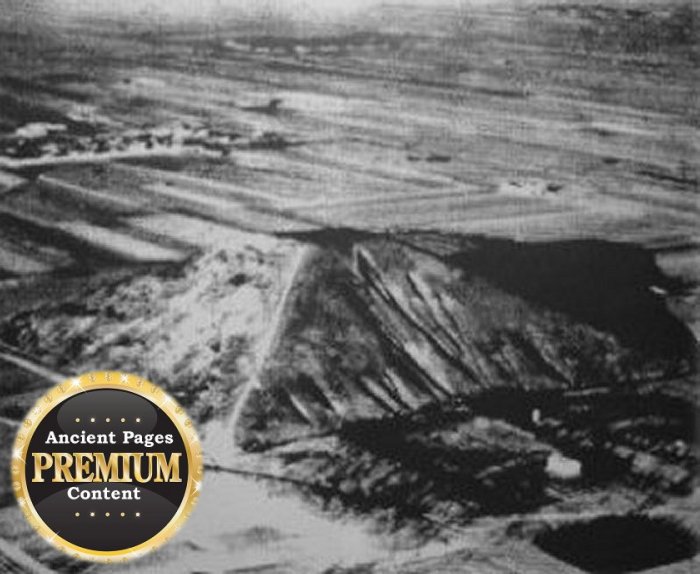 Ancient records preserved in an old monastery near the Mongolian border describe the Xian pyramid.

The structure was said to measure 1,000 feet in height which made it the highest pyramid in the world (the Great Pyramid of Egypt is 450 feet in height).

According to the monastic documents the pyramid was already extremely old when the records were made.

In the valleys surrounding the Xian pyramid were dozens of other pyramids, some rising to an elevation almost as great.

Surviving traces of original pigments show that the Xian pyramid was painted with different colors on each on its four flanks.

The east side was bluish grey, with white facing the west, black on the north, and red on the south.