Conny Waters - AncientPages.com - It’s often said that we’ve abandoned Roman numerals, which is not entirely true. We can still find Roman numerals on clock’s, monuments, in books, personal titles and other places. We just don’t use the Roman numerals often because we switched to the Arabic numeric system. 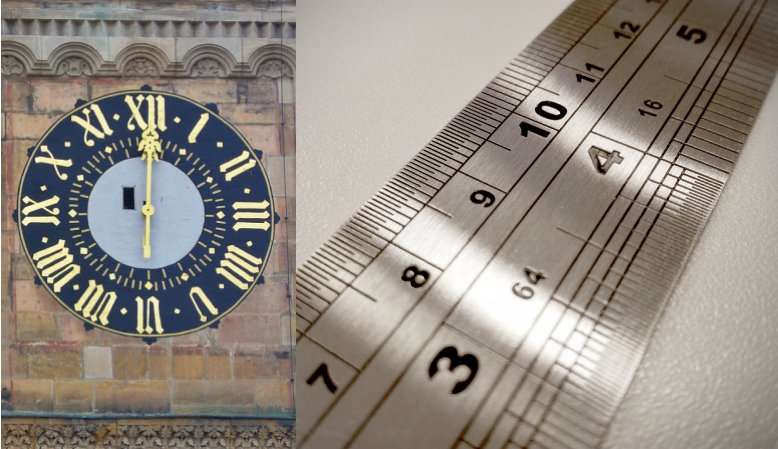 Ancient Romans and Europeans used Roman numerals for a long time, but it’s was not a practical numerical system. For example, Roman Numerals do not have a zero (0). Arabic numbers have ten digits (from 0-9) and they give us the opportunity to produce very large numbers.

Leonardo Fibonacci (c. 1170 – c. 1250), an Italian mathematician who is considered the most talented Western mathematician of the Middle Ages introduced the Hindu–Arabic numeral system in the Western World primarily through his composition in 1202 of Liber Abaci (Book of Calculation).

While visiting North Africa, Fibonacci learned the Hindu–Arabic numeral system and he quickly understood this system was better suitable for mathematics. It should be noted that “the Arabs did not immediately adopt the Hindu zero, because it resembled their 5; they used the superscript dot as serving their purposes fairly well.” (The Hindu-Arabic numerals-  David Eugene Smith and Louis Charles Karpinski)

Through his book he managed to convince many European mathematicians to abandon Roman numerals and start using the Hindu-Arabic system instead. 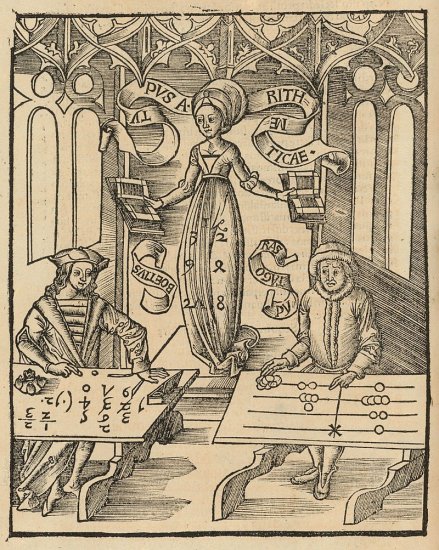 Calculating-Table by Gregor Reisch: Margarita Philosophica, 1503. The woodcut shows Arithmetica instructing an algorist and an abacist (inaccurately represented as Boethius and Pythagoras). There was keen competition between the two from the introduction of the Algebra into Europe in the 12th century until its triumph in the 16th. Credit: Public Domain

To keep track of their sales and expenses, ancient European merchants relied on counting beads and Roman numerals were only used to document the results. Even though the Hindu Arabic system offered many advantages, for some reason salesmen were rather reluctant towards it, and it took time before the new numerical system became accepted.

In The Introduction of 'Arabic' Numerals in European Accounting, John W. Durham explained that “the preference for Roman numerals continued among bookkeepers until the sixteenth century, hundreds of years after the introduction of Arabic numbers. The preferences is well-known, but the causes are not.”

In time people understood that by switching to the  Hindu–Arabic numeral system it was possible to solve complicated mathematical problems and counting became much easier. The new system permitted mathematical operations to be made on arbitrarily large numbers.