A. Sutherland  - AncientPages.com - All Maya regulated their lives by the sacred calendar and their belief that supernatural beings had the power to intervene in human affairs on earth.

Generally, they followed similar residential living patterns and highly respected family and lineage relations. However, many aspects of everyday life for the Maya, such as their clothing or food they consumed daily, depended mainly on their position in the social hierarchy and in what part of the country they lived.

How Did The Ancient Maya Live?

Much we know about the ordinary Maya comes from the 16th-century Spanish observations that provide details about their daily life. Information about the thatched-roof huts, in which they lived comes from excavations. 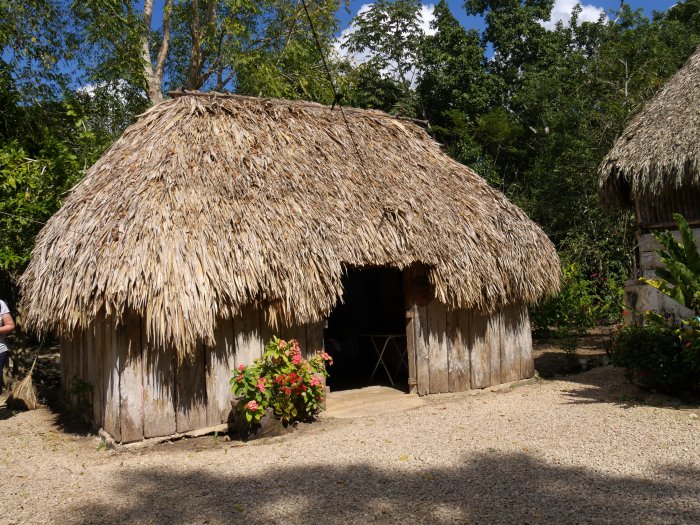 The majority of Mayans lived in huts with walls woven from branches, and wooden roofing covered with thatched palm straw or hay provided adequate protection from rain or snow, and walls were made of stone or mud. The Maya built their huts on low beat earth platforms or even stones that isolated them effectively from the ground.

Most huts had simple basic design without stairs or sculptures, and others had one or two sets of long and wide stairs, decorated along their sides with traditional sculptures.

Usually, the family (with grandparents, uncles, aunts) lived in a one-room hut on the city's edge. It often happened that a family or several families related to each other had more houses that formed a complex of buildings with a courtyard, a dump, storage pits, and a steam room.

Additionally, there was also a place of worship and public buildings, including a special place where the elders gathered. Even today, many Maya traditionally live in houses very similar to those in which their ancestors lived.

The furnishings of huts and houses included straw mats ("petate"), hammocks, stone fireplaces ("metate"), and various types of clay vessels, baskets, and other utensils for food preparation and eating.

The Maya Worked In Agriculture and Food Production

Archaeologists estimate that the Maya society required 75 percent of its population to be engaged in food production. Men were busy hunting and fishing (fish was probably raised in canals) and worked the fields and terraces for intensive agricultural production. The main crop was maize, beans, squashes, cotton, and tobacco. In some farms, the Maya produced cocoa, honey, and traded excess products.

Women maintained the household, searched for fruits and mushrooms in forests, and prepared the family's food. They worked as spinners, weavers, and dyers. By producing elaborate textiles, they largely contributed to the development of the textile industry. 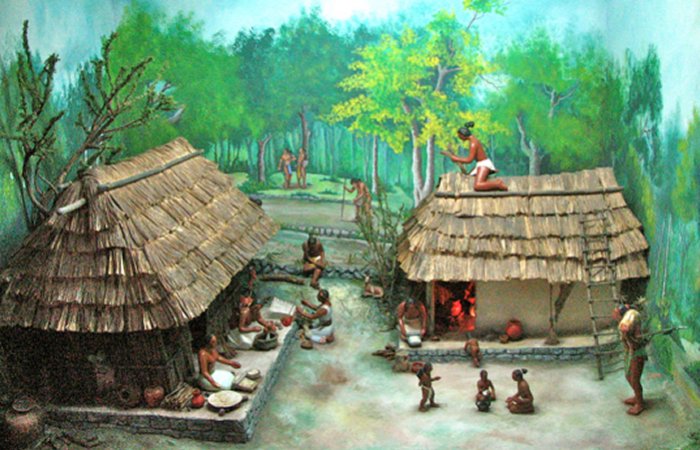 The farmers had turkeys and dogs, in some regions, also bees and ducks. The Maya women also cultivated kitchen gardens and backyard vegetable gardens. Most Maya did not work in the fields all year round, and during the dry season, people had other activities. Farmers repaired or made tools, worked as part-time weavers, or helped as construction workers. The remaining 25 percent included shaman priests, potters, sculptors,  painters, stonecutters, merchants, who delivered scarce goods in the region or particularly desired by the elite, and many others. 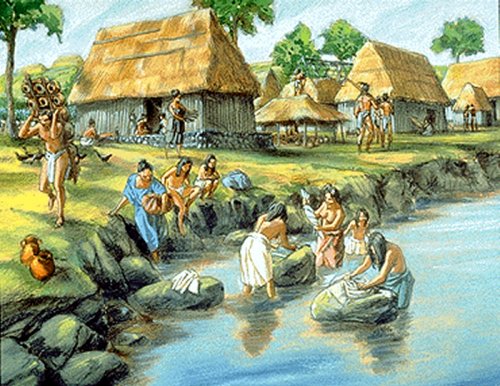 The ancient Maya worked hard for their families and the community, but they also had some time for religious ceremonies and entertainment that included music, dancing, and playing games. Their infamous game was Pok-A Tok that ancient Maya most probably inherited from the Olmecs. Pok-A-Tok was played since at least 1,400 BC by the pre-Columbian peoples of ancient Mesoamerica. Known among the Aztecs as "tlachtli," Pok-A-Tok was an essential part of their political and religious festivals.

The game had a religious meaning, and for winners playing, it symbolized victory over death. It was also played sometimes just for fun as pure entertainment.

Illegitimate Children Were Not A Problem With Marriage

Men in their 18-20s could marry, and in the case of women, the age was usually at least 15. The marriage could be dissolved when the woman was infertile or not a virgin – in the latter case, it was up to the husband. Illegitimate children were not a problem to marriage among the ancient Maya; however, the husband needed to know about them. The husband did not want to have at home an unfaithful wife, and it was her punishment. The husband had to live with his wife's parents and was obliged to help his father-in-law work on the farm for about six years.

Burial Of The Loved Ones

Deceased ancestors were usually buried beneath the floor of the family house, where they lived entire lives. Even after death, the loved ones were still present and included in the daily lives of their families. Also, ancestors could influence their living descendants or act as mediators between the living and the gods.

The ancient Maya believed that unhappy or dishonored ancestors could negatively influence their families by inflicting diseases originating from the underworld.