The discovery took place during surveying the site of a former Celtic oppidum in the village of Ceské Lhotice near the town of Chrudim in the Pardubice Region of the Czech Republic. 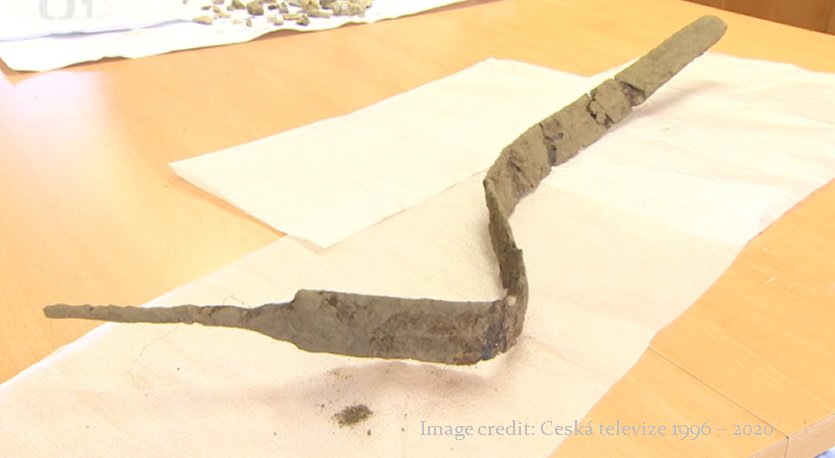 The unique sword dating back to the 2nd or 1st-century BC is among other iron artifacts unearthed at the site.

Ceské Lhotice is a fortified settlement north of the village of the same name in the district of Chrudim.

It is considered to be the only known Celtic oppidum in Eastern Bohemia. It was built no later than the second century BC.

The locality was inhabited in the Paleolithic, Neolithic, Eneolithic, Late Bronze Age, and Early Hallstatt. The last two periods include finds from the circle of Silesian plate culture. The surviving remains of the fortifications were built in the second century BC, during the late period of La Tène culture, a European Iron Age culture. This culture developed and flourished during the late Iron Age (from about 450 BC to the Roman conquest in the 1st century BC). 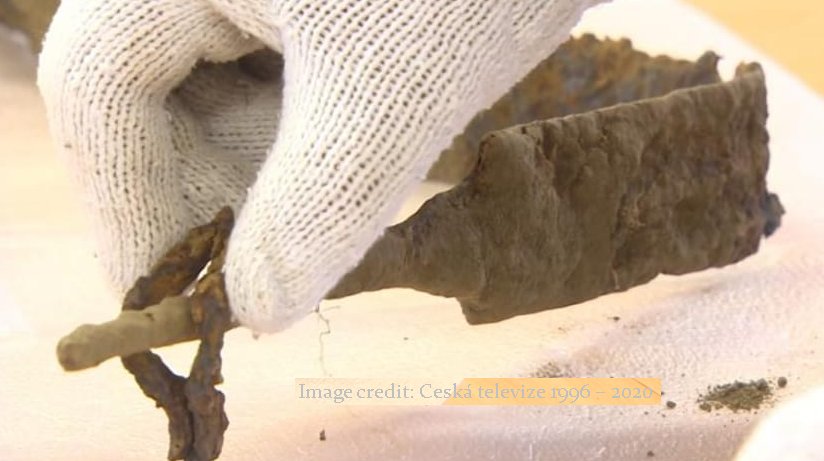 Ceské Lhotice was abandoned after the middle of the first century BC. Archaeological findings also supported settlement in the Roman era and during the Early and High Middle Ages, but the restoration of the fortifications was not documented in the early medieval period.

According to Mr. Vích, the discovery of this  2000-year-old sword is very unusual.

“The grassy area which is located near the oppidum had recently been ploughed up and we used the occasion to survey the place using metal detectors. Our search yielded a collection of iron artifacts, including arrow spikes and fragments of buckles," said archaeologist David Vích. 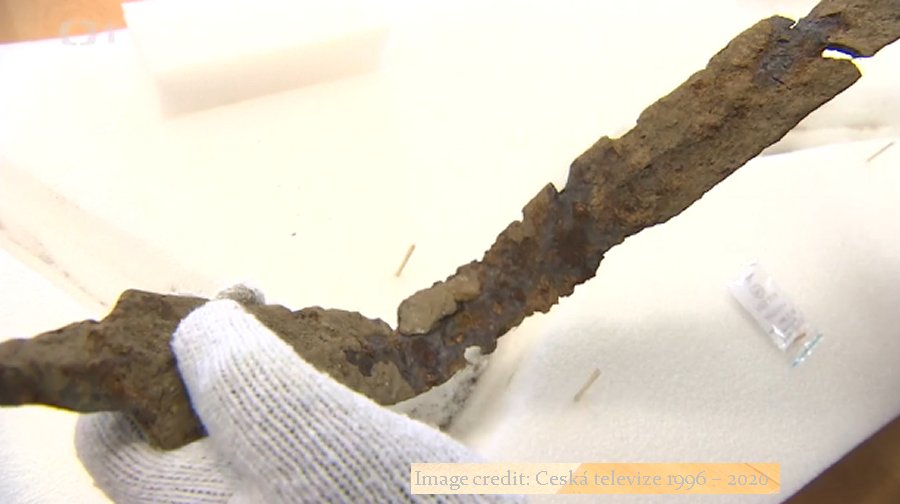 “The most significant discovery we made was a sword made in the late La Tène culture. It is a double-bladed weapon with a blunt tip and a rib in the middle of the blade. The handle of the sword was likely made from wood or leather, but unlike the metal part of the weapon, it hasn’t survived to this day.

" While the early Celts used to bury their dead with items next to their bodies to prepare them for the afterlife, they later started to burn the deceased on a pyre, leaving no traces. During the late La Tène culture, Celts started to bury people without leaving any archaeological traces. And without graves, you can hardly find any burial items,” the researcher told  Radio Prague International.

“Finding weapons from the late La Tène culture is very unique, unlike from the previous centuries when Celts buried their deceased in graves. Weapons dating to that era are discovered quite frequently.” 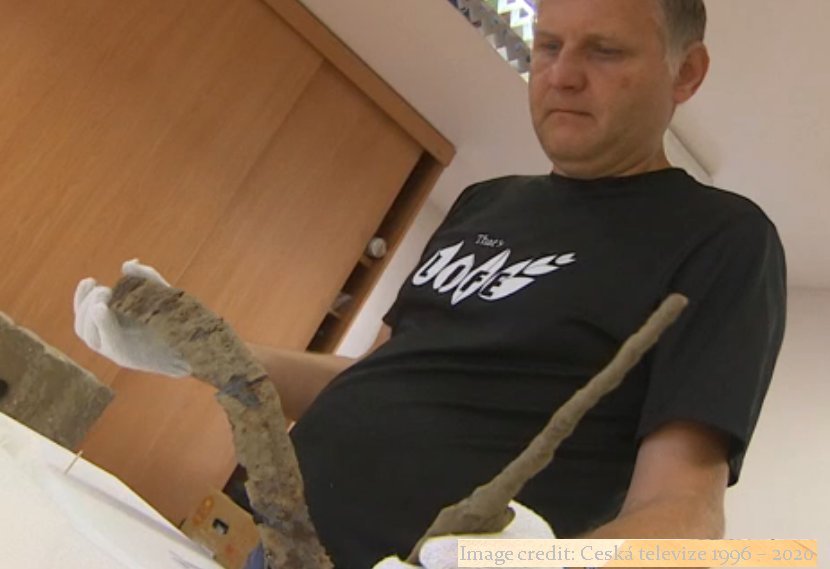 How the iron sword ended up buried in the ground will probably remain a mystery. According to Mr. Vích, it could have been linked to a ritual sacrifice. The oppidum in the village of Ceské Lhotice is one of the seven Celtic settlements discovered on the territory of the Czech Republic, and the only one located in East Bohemia.

“The oppidum in Ceské Lhotice is not as well-known as the other Celtic settlements. Excavations took place here mainly in the 1970s and then at the start of the new millennium. The artifacts discovered here include some ten bronze and ten glass objects and a few items made from metal, so the collection is not that extensive.

“That’s why we really welcomed the new discovery, which can shed some light on the life of the local community.”