AncientPages.com - The eminent historian, T.N. Colebrook has said, "Compared to the scientists of Europe, Acharya Kanad and other Indian scientists were the global masters of this field."

Our quest for lost ancient knowledge takes us this time to India where we encounter a very intelligent individual who was a great thinker far ahead of his time. 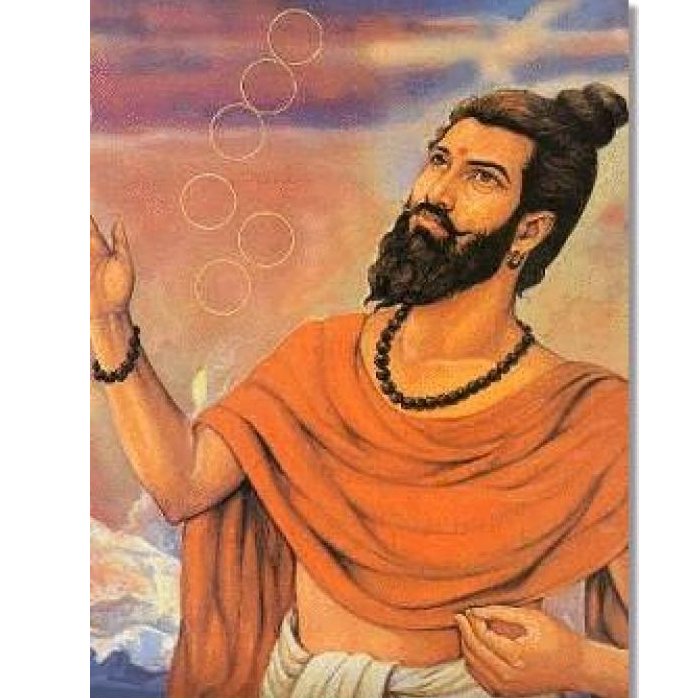 In 1803, during a lecture at the Royal Institution in London, John Dalton (1766-1844) an English chemist gave his first public account of the atomic theory. He proposed that atoms of different elements could be distinguished by differences in their weights. His theory was based on ideas that all matter is composed of atoms that cannot be made or destroyed and all atoms of the same element are identical.

He was also able to detect that different elements have different types of atoms and chemical reactions occur when atoms are rearranged.

In modern times, John Dalton has been credited as the inventor of the atomic theory.

However, he was not the first one to discover the concepts of atoms. About 2,600 years ago, Acharya Kanad, an Indian philosopher and a great thinker far ahead of his time, developed what we today call the atomic theory.

Born in in Prabhas Kshetra near Dwarika in Gujarat, India, Acharya Kanad expressed interest in tiny objects already as a small child.

Once, on his way to a Prayag on a pilgrimage, he saw thousands of pilgrims littered the town roads and the banks of river Ganga with flowers and rice grains which they offered at the temple.

To everyone's astonishment he started collecting the grains of rice. 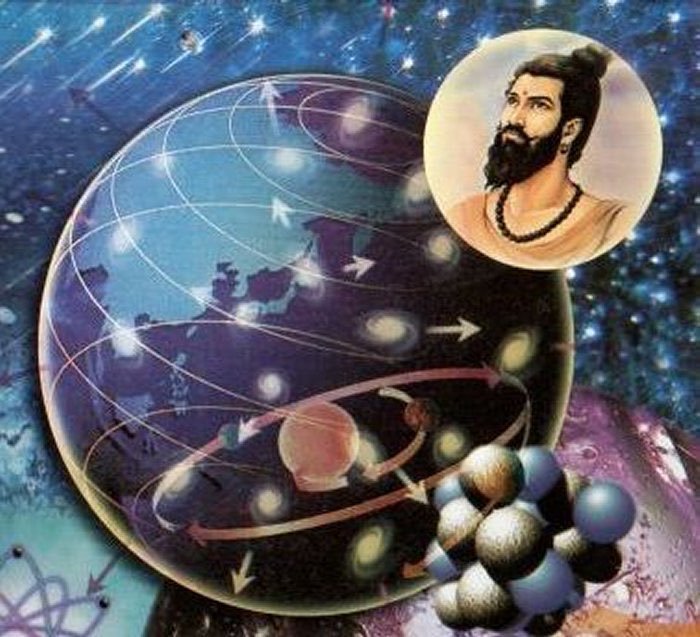 Crowd gathered around him and one person asked him why he was collecting the grains even beggars wouldn't like to touch these.

He told them that no matter how small the object could be, it is still a part of the universe. Individual grain might seem useless but the collection could serve as someone's meal."

Since then people started calling him "Kanad", as "Kan" in Sanskrit means "smallest particle" like grains.

Acharya Kanad was the first person in the world to discuss atoms and molecules.

He said that "every object of creation is made of atoms which in turn connect with each other to form molecules."

He found out that the universe is made up of "kana" means atoms. He studied atomic theory and found the way atoms move and react with each other.

In time, people started to call him "Acharya- the teacher", hence the name Acharya Kanad.

Acharya Kanad should be considered "The Father of Atomic Theory."

Another Indian philosopher, Pakudha Katyayana who also lived in the 6th century B.C. and was a contemporary of Gautama Buddha, also propounded ideas about the atomic constitution of the material world.

"Ancient Indian theories were brilliant imaginative explanations of the physical structure of the world, and in a large measure, agreed with the discoveries of modern physics, "A.L. Basham, Australian Indologist said.

So, once again, we have seen that so many of our modern inventions and theories are simple re-inventions based on the knowledge our ancestors were familiar with thousands of years ago.