AncientPages.com - The 1st century AD inscription printed on an ancient clay vessel in an ancient Thracian burial mound near the town of Tatarevo in Southern Bulgaria is a verse from the poem “Prayer to the Muses” by Ancient Greek poet and statesman Solon.

The inscription was found in August 2015 by the archaeologists excavating the so called Great Ancient Thracian Mound, repeatedly targeted by treasure hunters in Tatarevo, Bulgaria.

The vessel with the “printed” inscription in Greek is a balsamarium (an ancient vessel for holding balsam), reports Archaeology in Bulgaria. 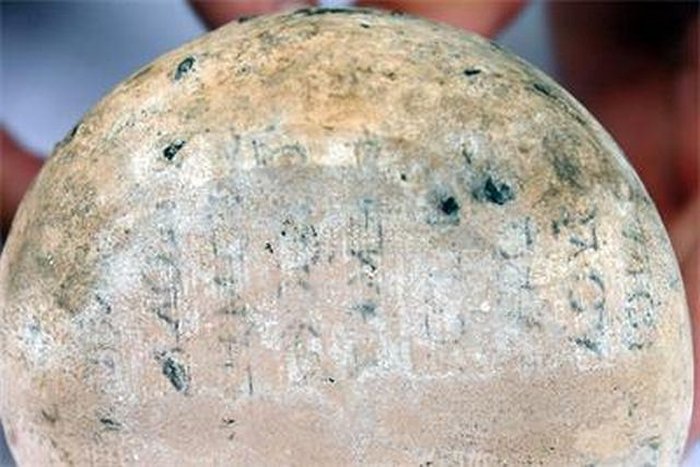 The inscription that was printed on the balsamarium found in a 1st century AD Ancient Thracian grave in Bulgaria’s Tatarevo after the vessel was wrapped in a parchment has turned out to be a verse from the Athenian poet and politician Solon. Photo: 24 Chasa daily

Usually, this kind of ancient inscriptions on vessels are engraved this particular inscription appears to have been printed, with straight lines of letters, the Bulgarian archaeologists have figured out that the “printing” on the balsamarium was most likely accidental, and appeared after the vessel was wrapped in a parchment on which the actual text was written.

The ancient Greek text on the balsamarium from the Great Ancient Thracian Mound in Bulgaria’s Tatarevo has now been deciphered, according to archaeologist Kostadin Kisyov.

It appears to be part of a quote from the poem “Prayer to the Muses” by the glorious Athenian politician and poet Solon (ca. 638 – ca. 558 BC), who, among other things, is credited with laying the foundations of the democracy of Ancient Athens. 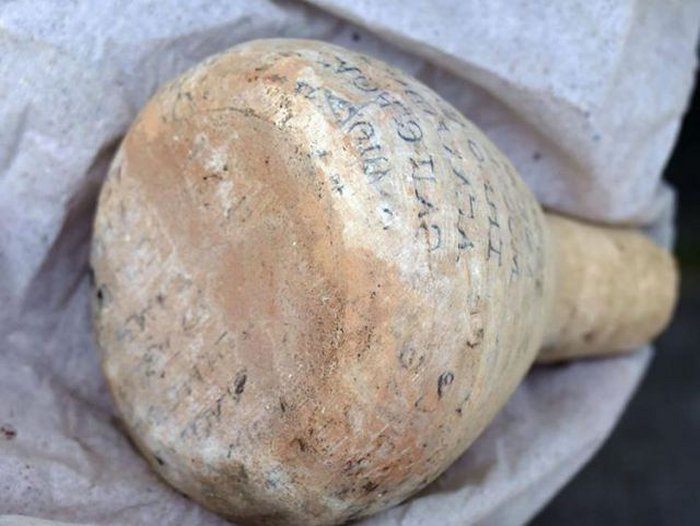 Another view of the inscription on the balsamarium. The vessel has been found in the main grave of the Great Burial Mound in Bulgaria’s Tatarevo. Photo: Parvomai.net

“[Grant me from the blessed gods prosperity, and] from all mankind the possession ever of good repute; [and that I may thus be a delight to my friends, and an affliction to my foes, by the first revered], by the others beheld with dread.”

The English translation of Solon’s “Prayers to the Muses” comes from here: http://thriceholy.net/Texts/Solon.html

“This is a unique find because it is the first time a parchment with the text of a literary work has ever been found in Bulgaria – and in a “negative” in which the letters are backwards,” says lead archaeologist Kostadin Kostadinov.

He concludes that the man who was buried in the fourth and deepest ancient Thracian tomb in the Great Mound in Tatarevo, and in whose grave the archaeological team found the balsamarium with the printed inscription, was likely a spiritual figure.

“Apparently, the buried [man] was not a warrior because there were no armaments or expensive decorations, which shows he was a spiritual figure. In the Antiquity, people like him were the most erudite,” explains the archaeologist.

Kisyov reminds that his team rescued in the last minute the Great Ancient Thracian Mound near Tatarevo from treasure hunters who had started to make tunnels into the mound in search for the Thracian tombs beneath.