AncientPages.com - Reconstruction of roads has led to the destruction of the unique, gigantic geoglyphs located in Torgay district (Kostanay region), Kazakhstan.

In 2007, a sensational discovery of 9 unique and gigantic geoglyphs in the south of Kostanay (Kostanai) region, Torgay (Torgai) steppes, Kazakhstan, attracted wide attention of scientists.

They are perfectly visible on Google Earth satellite images, made above the territory of the Torgay region but barely noticeable on the ground. The only thing that distinguished these "drawings on the ground" from the Nazca Lines - is that Kazakhstan geoglyphs are "made of mounds and barrows and exceed them in size". 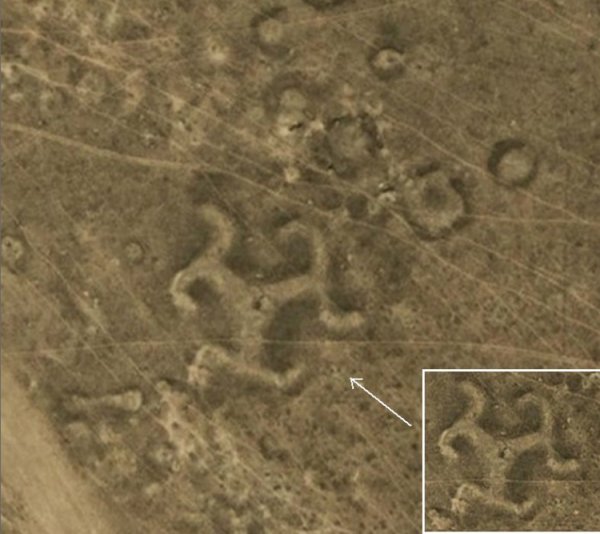 Swastika geoglyph has 90 meters in diameter and as other masterpieces can only be seen from above. Credit: DigitalGlobe/Google Earth

"Its size and accuracy of geometric shapes just amaze. The size of this square is 287 meters, i. e. 25% of the base of the Cheops pyramid," according to archaeologist Dmitry Dey, who worked in the area at the time.

It consists of 101 mounds. The 101st one is located in the center, on each side are 15 barrows and 10 barrows in each half-diagonal," said Dmitry Day, 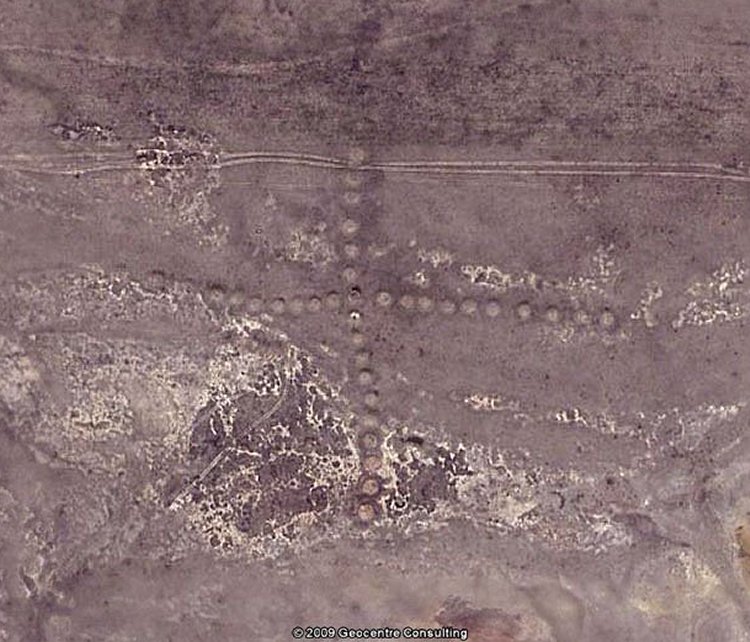 "Just imagine this was done on a large area of 83 sq m. We do not know how many people and hours were spent to create such monument."

The largest object discovered in the area is the so-called "Ushtogaysky square". Another objects are Torgay (Torgai) three-fold swastika of 90 meters in diameter, Ekindynsk crosses, as well as flat circles. 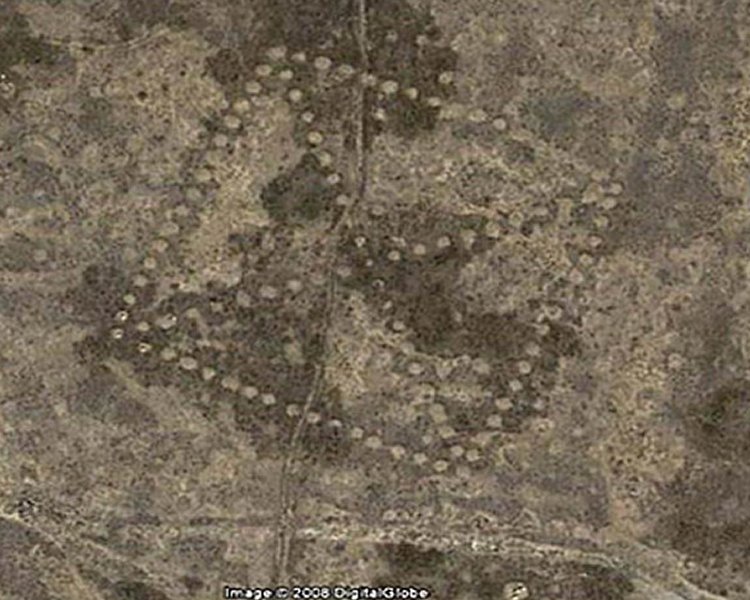 The largest object is the so-called "Ushtogaysky square". "Its size and accuracy of geometric shapes just amaze. The size of this square is 287 meters, i. e. 25% of the base of the Cheops pyramid.

Clearly seen from the air but, the glyphs come in an array of patterns ranging from simple squares, rings, and crosses to more complicated swastikas and triskeles (a three-armed spiral).

Experts are already comparing the find to the famous Nazca Lines in Peru, which like their Kazakh counterparts can only be seen from above. Also, like the Nazca Lines, some of the Kazakh glyphs are huge: One measures 1,312 feet in diameter, longer than modern-day aircraft carriers."

For now, the purpose of the ancient earthwork patterns in Kazakhstan is unclear, but at the moment, there are over 50 confirmed and all of them are the work of ancient people.
Another earthwork, the swastika, for example, is an ancient symbol often attributed to the Sun, and is still used in Buddhist sects today. Triskeles were favored by the Celts in their art and coinage. 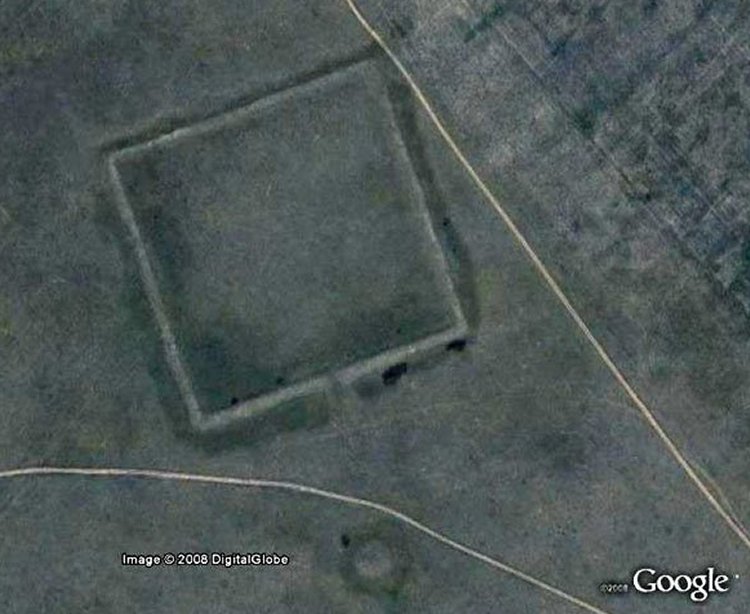 Central Asia' s territory is dotted by several mysterious earthen constructions whose age stretches deep into prehistory. Several expeditions have been organized to  Kostanay region and in  the summer of 2013 the Torgay objects were visited by a scientist from Oxford (UK) Motuzayte Giedre. She took soil samples from the mound, which was best-preserved geoglyph in order to establish their date.

British scientists found out that "the youngest" Torgay geoglyph was constructed 3 thousand years ago. Meanwhile, ancient Torgay geoglyphs, which can be viewed only from space, can be aged between 7000 years of age and older.

The archaeologists wanted to see these historical sites secured and been designated the UNESCO World Heritage List, however,  it's doubtful whether the Kostanay geoglyphs will be investigated.

Kazinform news agency recently informed that "reconstruction of roads in Torgay district (Kostanay region) has led to the destruction of the unique archaeological site." Additionally, the Ministry of Culture informed that the acquisition of the necessary assets, including laboratories, equipment, supplies, etc., to study Torgay geoglyphs is not funded.