Conny Waters - AncientPages.com - We need to dispel the arrogant and misguided idea that modern humans are superior to earlier human species. It is thanks in part to all our predecessors such as Neanderthals that we are who we are today. This is according to Marie Soressi, Professor of Hominin Diversity Archaeology. 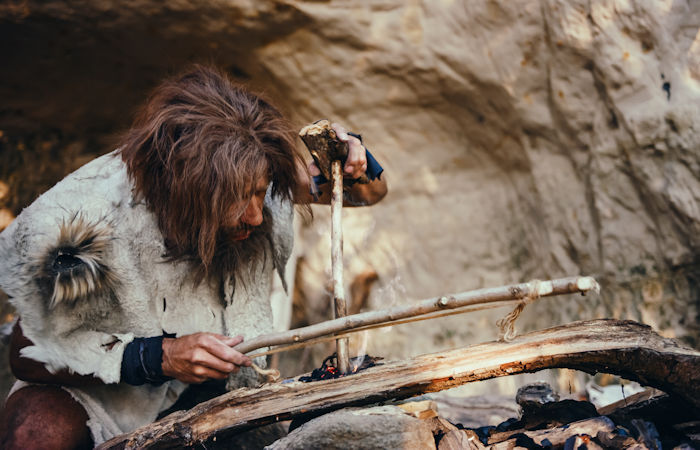 The image of simple Neanderthals has shifted considerably in recent decades. For long, this human species, which is thought to have disappeared some 40,000 years ago (after giving us some genes), was considered far less intelligent than modern humans: Homo sapiens, the wise human. Since the publication of the neanderthal genome in 2010, we have discovered that we all still have a piece of neanderthal DNA. We should be pleased with this, says Soressi: some of these old genes help boost our immunity and fight disease. She has had her own DNA tested: "I've got four percent Neanderthal DNA, which is double the average two percent that most Europeans have."

Soressi, along with other Leiden archaeologists, published a startling discovery a few years ago in PNAS. Neanderthals turned out to have had ingenious tools: a handy bone knife with a polished side for working animal hide. Such knives, known as lissoirs, are still used by leatherworkers today. And the team of Leiden professor Wil Roebroeks recently concluded that Neanderthals were able to use fire to keep the landscape open and bend it to their will. Soressi argues that all these insights force us to fundamentally change our thinking about the outdated, hierarchically structured classification of human species.

Soressi therefore argues for a "postcolonial" approach: "Researching how Homo sapiens benefited from extinct human species makes us less arrogant towards earlier humans because it no longer puts us in a superior position." She also warns about reducing people to their biological identity, because they are so much more than that. Earlier this year, she and a group of colleagues published an article in Nature on ethics in DNA research on human remains.

So how should we relate to past human species? Soressi uses the metaphor of a tulip bulb: it consists of several layers, and each layer is necessary for the tulip to bloom. Our human identity is similarly layered with our external envelope signaling who we are as individuals: "Our language and manners indicate from where we are coming from; deeper inside are our physiology and anatomy as well as all the things like DNA—including some Neanderthal genes—that we share with all other living beings past and present."

But there is one important difference. Today we probably use the same number of objects in a single day that a person used in their entire life 5,000 years ago, objects produced from natural materials that are only available in limited amounts.

"Our current extreme entanglement with objects is something to take into account when dealing with the current climate change emergency. Realizing how linked we are with nature helps us to better understand what we have in common with all other humans, and all other living beings on planet Earth."