AncientPages.com - The well-preserved shipwrecks discovered at Yenikapı in Istanbul, Turkey are an important new source of information on the maritime commerce of Constantinople and the gradual shift from shell-based to skeleton-based shipbuilding in the Mediterranean during the second half of the first millennium AD.

An inventory of the types of wood used in the production of 37 sunken ships discovered in Istanbul’s Yenikapı neighborhood during the construction of the city’s Marmaray subway project has been taken, shedding light on ancient ship production techniques.

Scientific study of the shipwrecks had continued after the end of the excavations in Yenikapı, in a written statement. 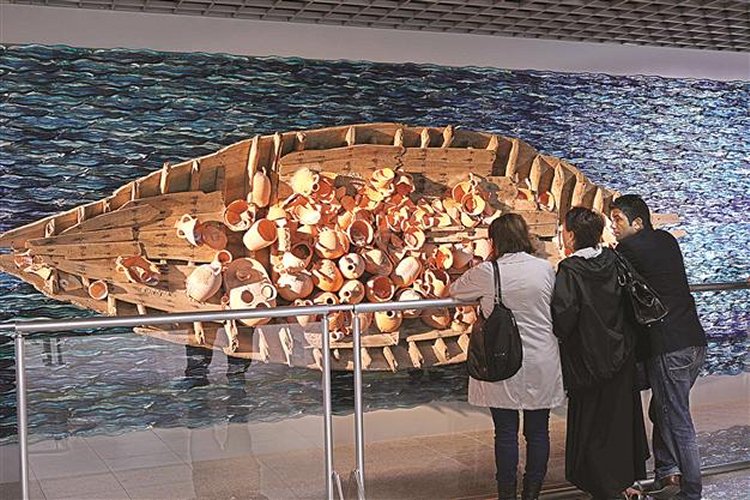 It takes years to work on the anatomy of a ship and it is hard work.

Associate Prof. Ufuk Kocabaş from Istanbul University’s Department of Conservation and Restoration, said the teams from the Istanbul Archaeology Museum were carrying out the documentation and protection of thousands of artifacts which were obtained during excavations between 2005 and 2013.

The conservation work for 27 of 37 shipwrecks found in the Byzantine-era Theodosius Harbor was continuing at the Yenikapı Shipwrecks Research Lab, adding the most important findings at Yenikapı were the shipwrecks from various periods and were unique sources to learn about the function of the harbor and ship production technology in the ancient era.

There is an evident change in the material of ships between the 5th and 11th centuries. 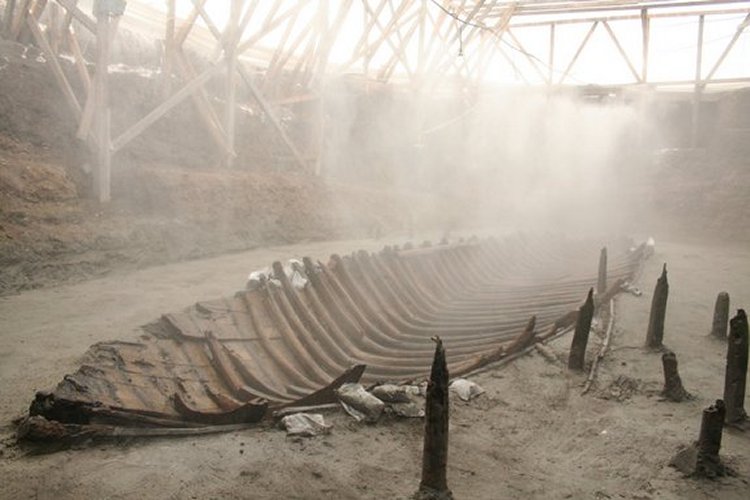 The Yenikap ı shipwreck called YK 14 was a 9th-century merchant ship. Courtesy of the Institute of Nautical Archaeology at Texas A&M University /M. Jones

“The Yenikapı shipwreck numbered 112 was studied at the university as a doctorate thesis and it was the first shipwreck whose examinations have been fully completed. The next [step] is to work on its details. It will be the first archaeological sample whose construction technology will be examined by Turkish academics.

It takes years to work on the anatomy of a ship and it is hard work. We try to find a sponsor for the books that we write on this issue.”

The researchers's goal is to release 20 academic books on these findings which will bring us the world’s largest shipwreck museum in Istanbul; they had been working on a detailed map showing Byzantine-era trade and products as well as drawings of Byzantine-era artifacts and the locations of harbors.

Stating that the variety of shipwrecks provided a unique opportunity to understand the development of ship production technologies in the Mediterranean, Kocabaş said,

“I have compared shipwrecks from the 5th and 10th centuries, which are of various sizes and were constructed with different techniques. The galleys, which are very different from trade ships with their long and naïve body structures and wood types, are the first archaeological samples dated back to the Byzantine era. Galley remains are rarely seen in underwater archaeology works. Since the galleys used in the Byzantine fleet have been so far examined in iconographic sources, these first samples provide a unique opportunity for the examination of ship construction technology.”

Scientific work on the shipwrecks has been continuing, said Kocabaş, adding the restoration of nearly 1,500-year-old wooden remnants might take many years.