The surviving recorded graffiti written on the walls of a cave in central Asia may tell a 500-year-old story of climate change.

Scientists have found unique writings on the walls of a cave in central China, which describes the effects of drought on the local population.

The inscriptions were found on the walls of Dayu Cave in the Qinling Mountains of central China. These inscriptions, though, describe the impacts of seven drought events between 1520 and 1920. The climate in the area around the cave is dominated by the summer monsoon, in which about 70 percent of the year's rain falls during a few months. 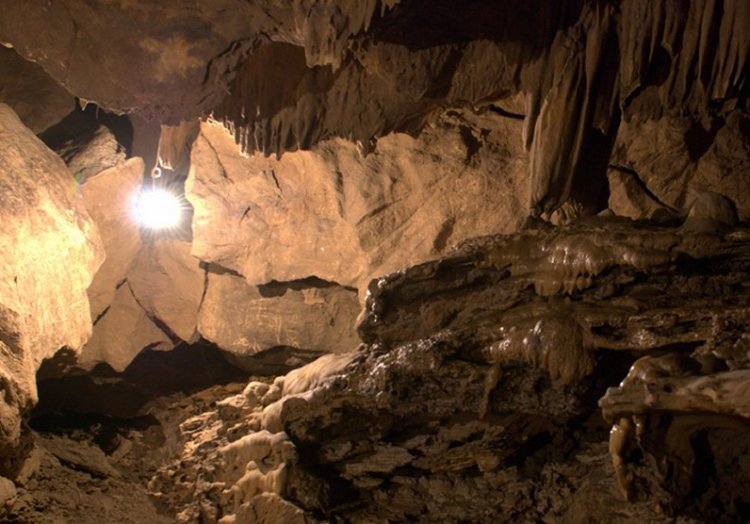 Dayu Cave is located in the Qinling Mountains of central China.

This means that when the monsoon is late or early, too short or too long, it has a major impact on the region's ecosystem.

"In addition to the obvious impact of droughts, they have also been linked to the downfall of cultures-when people don't have enough water, hardship is inevitable and conflict arises," said Sebastian Breitenbach, one of the researchers from the University of Cambridge, in a press release.

"In the past decade, records found in caves and lakes have shown a possible link between climate change and the demise of several Chinese dynasties during the last 1800 years, such as the Tang, Yuan and Ming Dynasties." 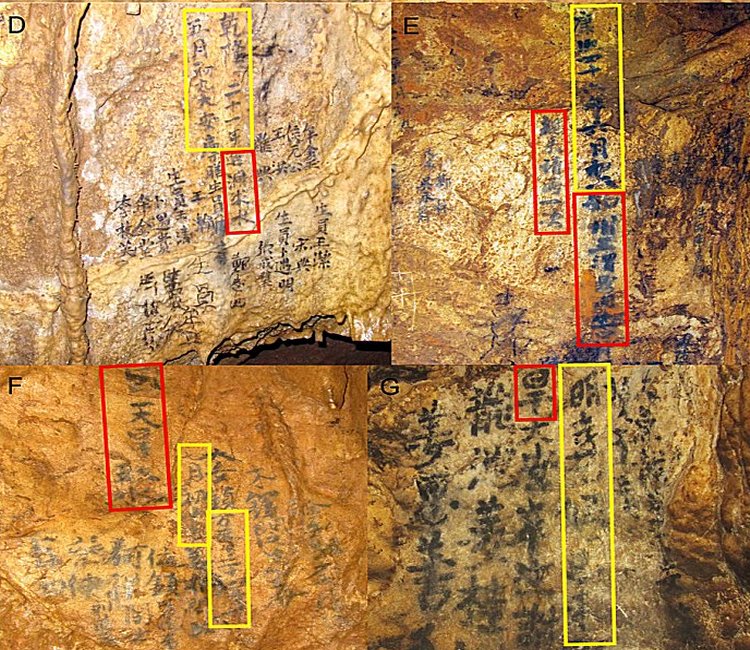 The yellow and red panels mark dates and the descriptions of drought events, respectively. All photos were taken in Dayu Cave by L Tan.

According to the inscriptions found in the cave, residents would come to the cave both to receive water and to pray for rain in times of drought. An inscription from 1891 reads,

"On May 24th, 17th year of the Emperor Guangxu period, Qing Dynasty, the local mayor, Huaizong Zhu led more than 200 people into the cave to get water. A fortune-teller named Zhenrong Ran prayed for rain during the ceremony." 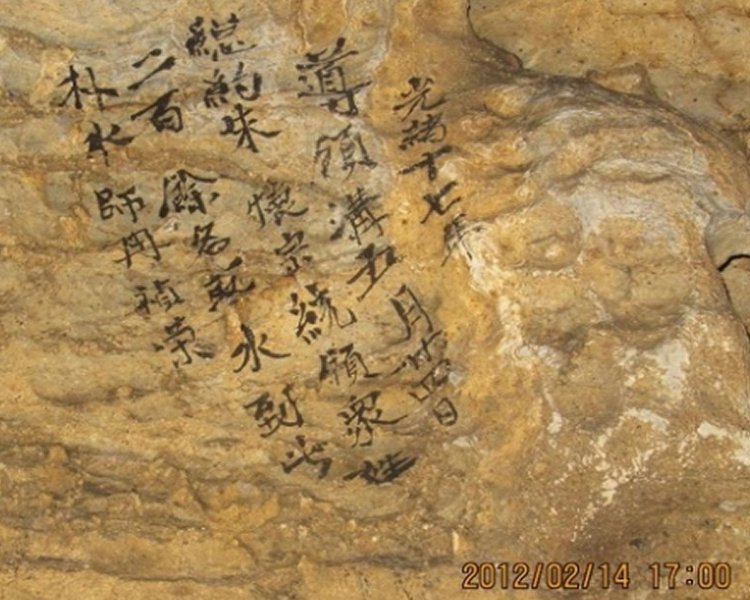 Chinese cave "graffiti" may tell a 500-year story of climate change. This is an inscription from 1891 found in Dayu Cave. It reads: On May 24th, 17th year of the Emperor Guangxu period (June 30th, 1891 CE), Qing Dynasty, the local mayor, Huaizong Zhu led more than 200 people into the cave to get water. A fortuneteller named Zhenrong Ran prayed for rain during a ceremony. Photo credit: L. Tan

Another inscription from 1528 actually reads," Drought occurred in the 7th year of the emperor Jiajing period, Ming Dynasty. Gui Jiang and Sishan Jiang came to Da'an town to acknowledge the Dragon Lake inside in Dayu Cave."

The droughts of the 1890s actually led to severe starvation and trigger local social instability, which eventually resulted in a fierce conflict between government and civilians in 1900s.

The drought in 1528 also led to widespread starvation, and there were even reports of cannibalism.

The scientists also removed sections of cave formation and analyzed the stable isotopes and trace elements contained within. This told them about the past climate conditions. Then, they used their results to construct a model of future precipitation in the region, starting in 1982. Their model correlated with a drought that occurred in the 19902 and suggests another drought in the late 2030s.

The findings reveal a bit more about the climate of this region, which may allow researchers to better understand what conditions this area may face in the future.

The findings are published in the journal Scientific Reports.