Conny Waters - AncientPages.com - He was the founder of the second-largest empire in history stretching from the Pacific Ocean to the Carpathian Mountains of Europe.

But when he wasn't marauding across massive swathes of land and leading the Mongols on a series of invasions to expand the empire, Genghis Khan was bunkering down in his winter camp. Now researchers say they have found it. 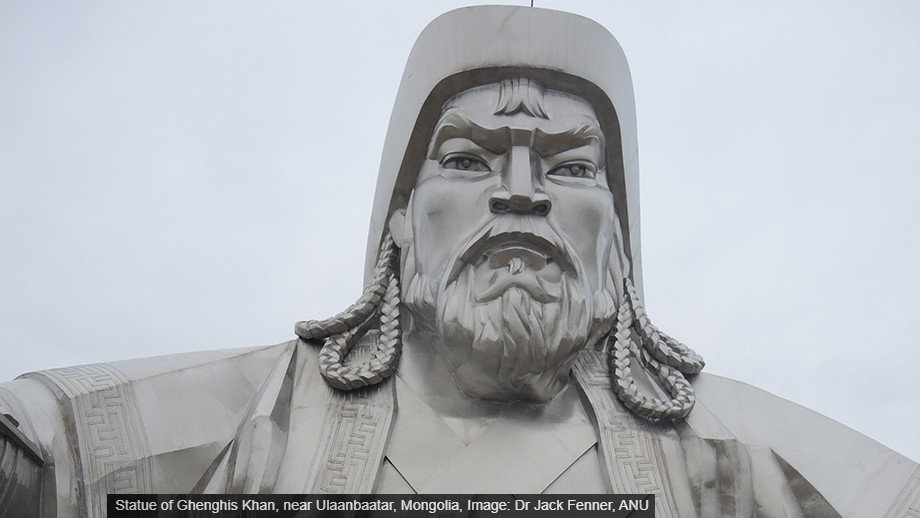 New research from ANU has provided some of the best evidence yet that the site of Avraga in eastern Mongolia was the winter base camp, or ordū, of Genghis Khan.

The location of the command post from where the Mongol leader staged his invasions has been the subject of lengthy debate among historians and archaeologists.

A team led by ANU archaeologist, Dr Jack Fenner, took a series of radiocarbon dating samples from what little remains of the main part of Avraga.

They showed conclusively that the site was occupied during the lifetime of Genghis Khan and extended beyond the time his son, Ogedei Khan, took over after his father's death.

Genghis Khan, known as Chinggis Khan in Mongolia, lived from about 1162 until 1227 AD.

"Our research supports Avraga as Chinggis Khan's ordū, and while we still have no conclusive link to him, in my view, Avraga is more likely than not to have been his base camp. We also see evidence of religious or ceremonial functions at Avraga that we see extending into the Yuan Empire in China, which was part of the Mongol Empire's southern expansion," Dr Fenner said.

Some researchers have suggested the desire for millet, a staple of the Mongolian diet, was a key motivator behind the expansion of the Mongolian Empire, but Dr Fenner's analyses of livestock bones from Avraga do not support this.

"Our analyses of the differences in the chemistry of the bones from both high and low-status individuals are caused by environmental factors rather than from differences in diet," he says.

"It goes back to the saying 'you are what you eat' and we found that aridity affecting the food sources of the Mongols is behind what we're seeing in the bones, rather than a change in what they ate to include millet.

"We've determined that the elites in Mongol society ate roughly the same diet as the commoners - mainly meat and animal products - despite having access to a variety of foods.

"The historical documentation appears to indicate the one at Avraga was his main camp, probably for both Spring and Winter, so this research is significant because it provides the natural science-based proof for the findings of historians," she says.

"This was the camp where Chinggis Khan started his campaign against his southern neighbors and Dr Fenner and his team's work support this; it's a great contribution to historical research."