Conny Waters - AncientPages.com -  Significant findings have been made during excavation works by a joint team of archaeologists from the University of Udine in Italy and their Kurdish colleagues working at an ancient site in the Kurdistan Region's Duhok province. 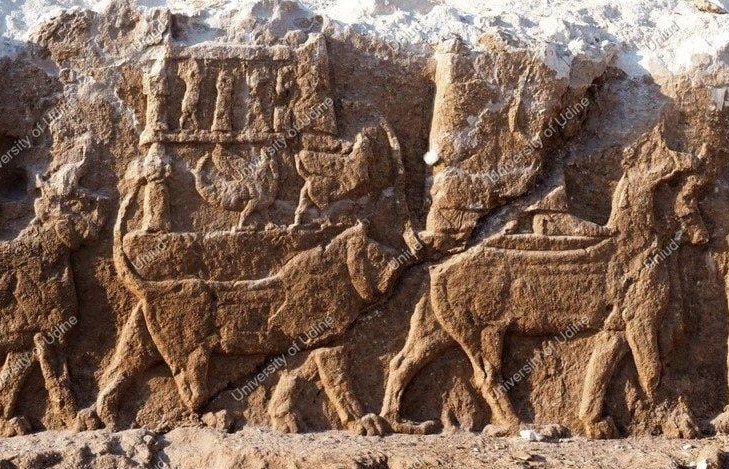 The new discovery includes 10 new rock reliefs show the Assyrian ruler Sargon in the presence of the gods of Assyria sculpted along a large rock-cut irrigation canal, AINA reports.

The discovery dates back to  705-720 BC and took place along an ancient irrigation canal approximately seven kilometers long in the Faida district, located 20 kilometers south of Duhok. 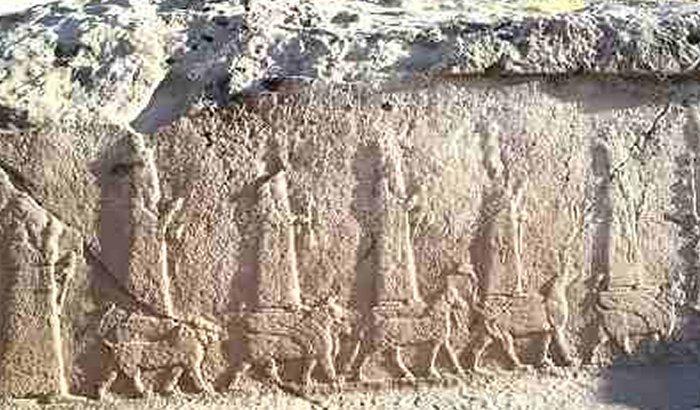 Both teams work within the “Kurdish-Italian Faida Archaeological Project”, co-directed by Prof Daniele Morandi Bonacossi (University of Udine – Italy) and Assis. Prof Dr. Hasan Ahmed Qasim (Directorate of Antiquities of Duhok – Kurdistan Region of Iraq). The project "Land of Nineveh" started in August 2012 with support from the Kurdistan Regional Government (KRG) and the University of Udine in Italy.

The joint project, called "Land of Nineveh," began in August 2012 with support from the Kurdistan Regional Government (KRG) and the University of Udine in Italy. 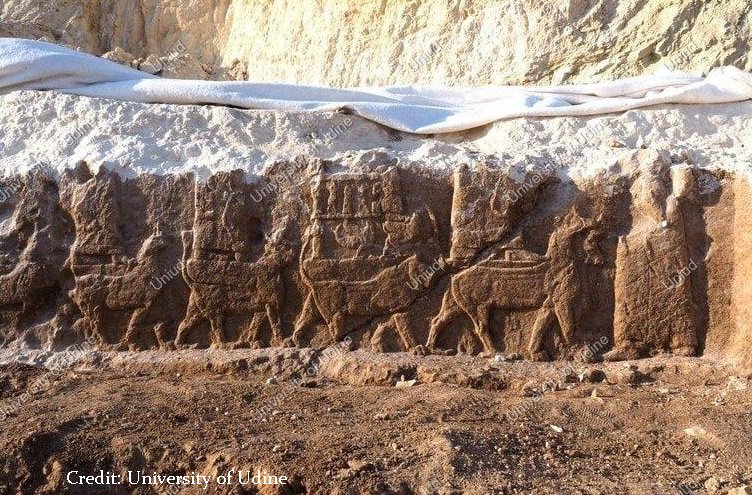 Throughout history to the present time, Duhok has acquired a strategic position historically and geographically.

Between the 25th and 22nd century BC, it changed hands between the Akkadians, Sumerians, Assyrians, Amorites, Gutians, Hurrians and Hattians, before becoming an integral part of Assyria from the mid 21st century BC until the dissolution of Assyria (then known as Athura/Assuristan) in the mid 7th century AD after the Arab Islamic Conquest.

During the Assyrian period, the town was named Nohadra (and also Bit Nuhadra or Naarda). During Parthian-Sassanid rule in Assyria (c. 160 BC to 250 AD) Beth Nuhadra gained semi-independence as one of a patchwork of Neo-Assyrian kingdoms in Assyria, which also included Adiabene, Osroene, Assur, and Beth Garmai. During the Christian era, it became an eparchy within the Assyrian Church of the East metropolitanate of Hadyab (Erbil). 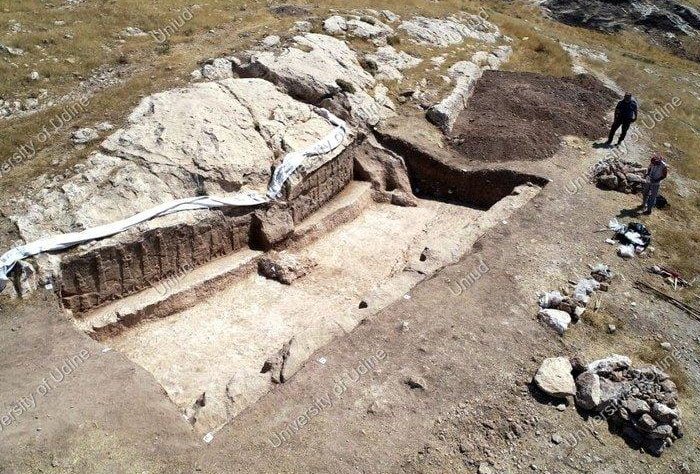 Ekurd .net writes that once, the Faida canal, had an average width of 4 m and today is buried under deposits eroded from the mountain. From the primary canal, several offtakes diverted water into secondary canals to irrigate the neighboring fields and thus improve the agricultural production of the countryside in the hinterland of Nineveh, the last capital of the Assyrian Empire.

The canal was possibly planned by the Assyrian king Sargon (720-705 BC) and along its east bank the king had panels – almost 5 m high and 2 m wide – sculpted, showing the ruler on both sides of a line of deities mounted on their sacred animals.

Before the excavation, only the upper parts of the sculpted panel frames emerged from the colluvial deposits and in some cases, it was possible to recognize the crowns of the deities depicted on the buried panels.