Twelve newly sequenced ancient Japanese genomes show that modern day populations do indeed show the genetic signatures of early indigenous Jomon hunter-gatherer-fishers and immigrant Yayoi farmers—but also add a third genetic component that is linked to the Kofun peoples, whose culture spread in Japan between the 3rd and 7th centuries.

The Japanese archipelago has been occupied by humans for at least 38,000 years but Japan underwent rapid transformations only in the last 3,000 years, first from foraging to wet-rice farming, and then to a technologically advanced imperial state.

Jomon potteries excavated from the Odake shell midden (Early Jomon). A buried skeleton in this site had a specific burial practice in which the body was placed in a flexed position with bent legs. Credit: Shigeki Nakagome, Lead researcher, Assistant Professor in Psychiatry, School of Medicine, Trinity College Dublin.

The previous, long-standing hypothesis suggested that mainland Japanese populations derive dual-ancestry from the indigenous Jomon hunter-gatherer-fishers, who inhabited the Japanese archipelago from around 16,000 to 3,000 years ago, and later Yayoi farmers, who migrated from the Asian continent and lived in Japan from around 900 BC to 300 AD.

But the 12 newly sequenced ancient Japanese genomes—which came from the bones of people living in pre- and post-farming periods—also identify a later influx of East Asian ancestry during the imperial Kofun period, which lasted from around 300 to 700 AD and which saw the emergence of political centralisation in Japan.

Shigeki Nakagome, Assistant Professor in Psychiatry in Trinity College Dublin's School of Medicine, led the research, which brought together an interdisciplinary team of researchers from Japan and Ireland. Professor Nakagome said:

"Researchers have been learning more and more about the cultures of the Jomon, Yayoi, and Kofun periods as more and more ancient artefacts show up, but before our research we knew relatively little about the genetic origins and impact of the agricultural transition and later state-formation phase."

"We now know that the ancestors derived from each of the foraging, agrarian, and state-formation phases made a significant contribution to the formation of Japanese populations today. In short, we have an entirely new tripartite model of Japanese genomic origins—instead of the dual-ancestry model that has been held for a significant time."

In addition to the overarching discovery, the analyses also found that the Jomon maintained a small effective population size of around 1,000 over several millennia, with a deep divergence from continental populations dated to 20,000-15,000 years ago—a period which saw Japan become more geographically insular through rising sea-levels.

The Japanese archipelago had become accessible through the Korean Peninsula at the beginning of the Last Glacial Maximum, some 28,000 years ago, enabling movement between. And the widening of the Korea Strait 16,000 to 17,000 years ago due to rising sea-levels may have led to the subsequent isolation of the Jomon lineage from the rest of the continent. These time frames also coincide with the oldest evidence of Jomon pottery production.

"The indigenous Jomon people had their own unique lifestyle and culture within Japan for thousands of years prior to the adoption of rice farming during the subsequent Yayoi period. Our analysis clearly finds them to be a genetically distinct population with an unusually high affinity between all sampled individuals—even those differing by thousands of years in age and excavated from sites on different islands," explained Niall Cooke, Ph.D. Researcher at Trinity. "These results strongly suggest a prolonged period of isolation from the rest of the continent." 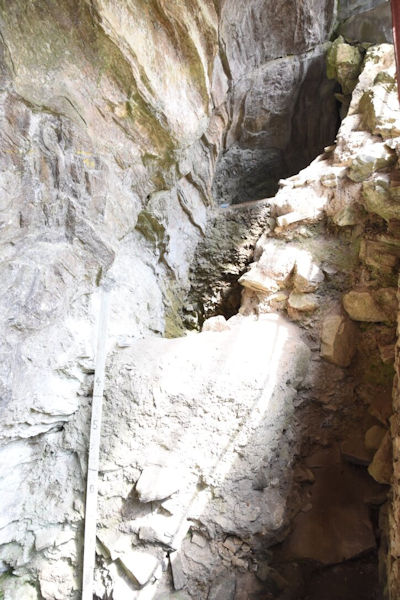 The spread of agriculture is often marked by population replacement, as documented in the Neolithic transition throughout most of Europe, with only minimal contributions from hunter-gatherer populations observed in many regions. However, the researchers found genetic evidence that the agricultural transition in prehistoric Japan involved the process of assimilation, rather than replacement, with almost equal genetic contributions from the indigenous Jomon and new immigrants associated with wet-rice farming.

Several lines of archaeological evidence support the introduction of new large settlements to Japan, most likely from the southern Korean peninsula, during the Yayoi-Kofun transition. And the analyses provide strong support for the genetic exchange involved in the appearance of new social, cultural, and political traits in this state-formation phase.

"The Japanese archipelago is an especially interesting part of the world to investigate using a time series of ancient samples given its exceptional prehistory of long-standing continuity followed by rapid cultural transformations. Our insights into the complex origins of modern-day Japanese once again shows the power of ancient genomics to uncover new information about human prehistory that could not be seen otherwise," added Dan Bradley, Professor of Population Genetics in Trinity's School of Genetics and Microbiology, who co-led the project.