A. Sutherland - AncientPages.com - These amazing engravings were drawn, long before ancient Egypt as we know it existed! 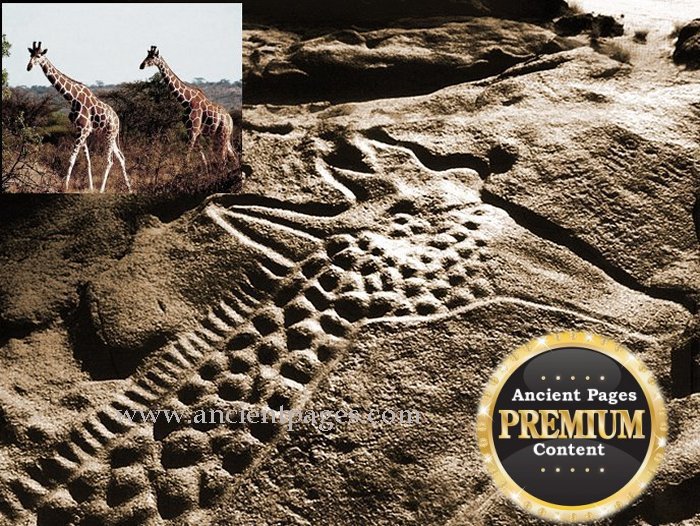 The carvings are 20 feet in height and consist of two life-size giraffes meticulously carved into one specific rock. One large male, which is more than 18 feet tall, was carved in front of a smaller female. Both were engraved side by side on the sandstone affected by time and weather.

Who were these prehistoric creators of gigantic engravings?

There are traces of two populations...