Jan Bartek - AncientPages.com - We will now have the possibility to explore King Herod’s magnificent palace as never before. Israeli authorities are set to unveil previously off-limits structures within King Herod's palace-fortress Herodium and rest assured this is certainly no ordinary ancient place. 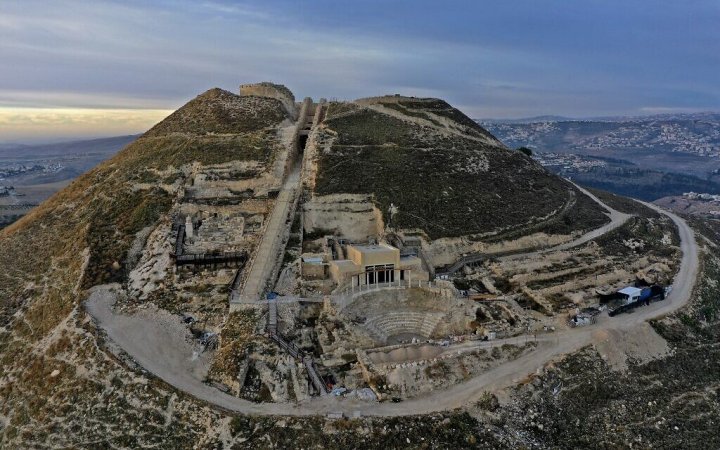 The Herodium fortress, with King Herod's tomb site and the theatre he built between 23-15 BCE in the Judaean desert, southeast of Bethlehem in the occupied West Bank. Credit: Menahem Kahana AFP

Located near Bethlehem in the West Bank, Herodium has long been a popular tourist destination, but we haven’t been able to see everything this fortress has to offer. This can change now as Israel's Nature and Parks Authority plans to open the revamped site on Sunday, allowing visitors to see for the first time Herodium's arched stairway, foyer and private theatre.

Herod the Great (72 B.C. – 4 B.C.) was granted the title of "King of Judea" by the Roman Senate, and he built many fortresses, aqueducts, theatres, and other public buildings. 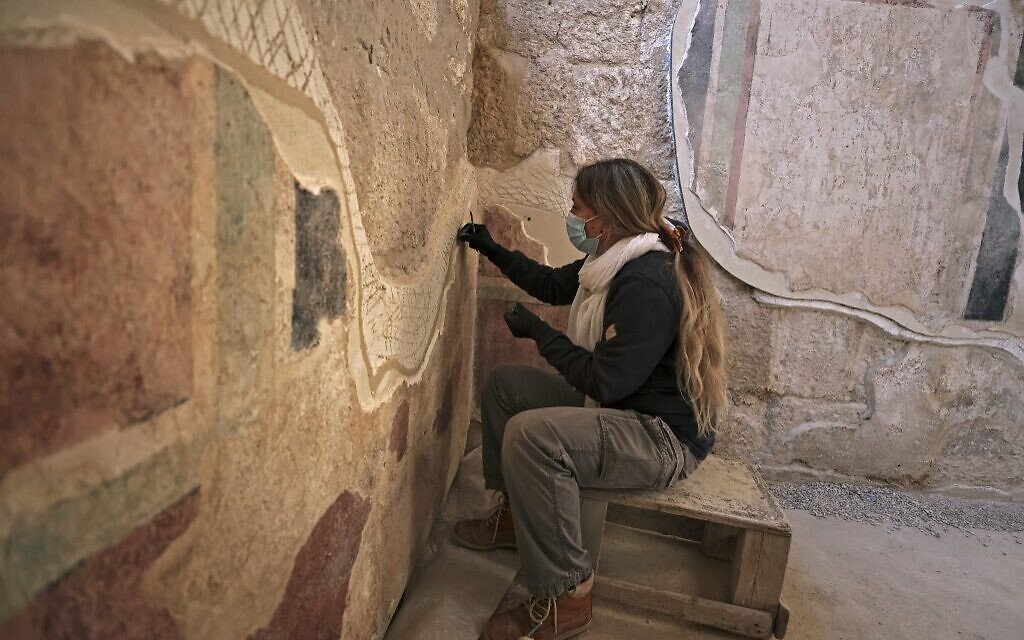 A conservator of the Israel Antiquities Authority restores ancient frescoes at the arches corridor leading to the Herodium palace built by Herod the Great between 23-15 BCE in the Judaean desert, southeast of Bethlehem. Credit: Menahem Kahana AFP

In the Bible, King Herod is depicted as a monster who tried to kill baby Jesus. In the King James Version of the Bible, the text reads: Then Herod, when he saw that he was mocked of the wise men, was exceeding wroth, and sent forth, and slew all the children. that were in Bethlehem, and in all the coasts thereof, from.

In his dream Joseph was warned that King Herod intended to kill Jesus, so he and his family fled to Egypt. When Herod realized he had been fooled, he gave orders to kill all boys of the age of two and under in Bethlehem and its vicinity. Joseph and his family stayed in Egypt until Herod's death, then moved to Nazareth in Galilee to avoid living under Herod's son Archelaus.

Much can be said about King Herod, but one look at his incredible fortress tells more than a thousand words. King Herod had a high opinion of himself and he wanted to be left in peace after he died. This is why Herodium is such an extraordinary ancient place. 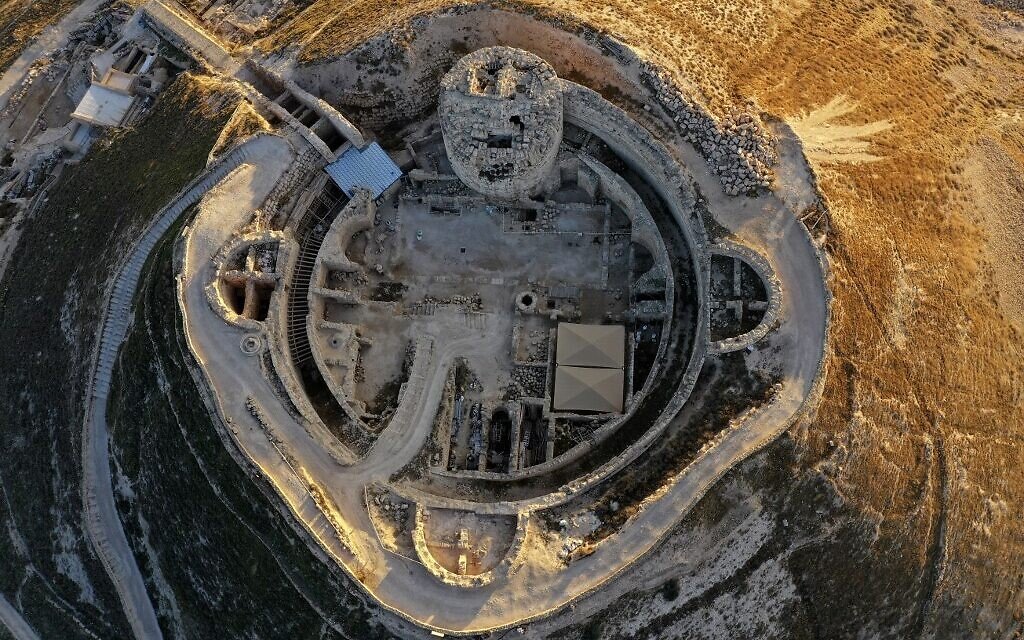 This picture taken on November 25, 2020 shows an aerial view of the Herodium fortress, with the King Herod's tomb site and the theatre built by Herod the Great between 23-15 BCE in the Judaean desert, southeast of Bethlehem. Credit: Menahem Kahana AFP

Of all places constructed by King Herod, the hilltop palace, its main entrance facing Jerusalem, was his favorite, and this is where he wanted to be buried, but not in an ordinary way.

A mere burial plot would not have satisfied Herod, who wanted his final place of rest to overshadow his palace. 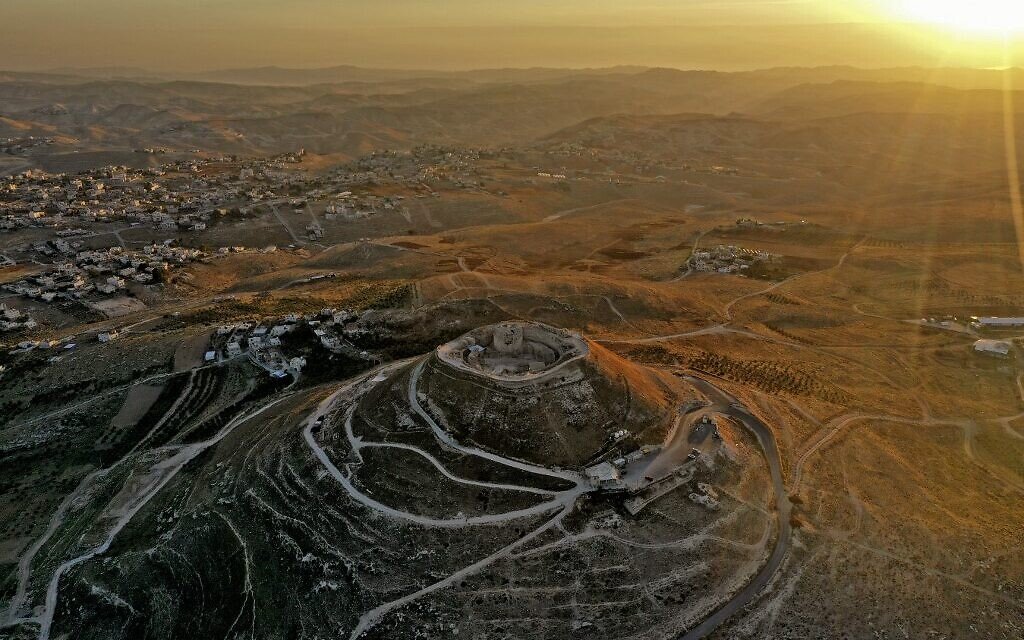 Aerial view of the Herodium fortress, on November 25, 2020, with the King Herod's tomb site and the theater built by Herod the Great in 23-15 BCE in the Judaean desert, southeast of Bethlehem. Credit: Menahem Kahana AFP

“That’s why he covered the mountain, including the palace, to emphasize it,” said Eran Kruzel of the Israel Nature and Parks Authority.

While burying the palace during his lifetime provided the Judean King with the satisfaction of knowing his grave would stand out. It also helped preserve and protect the site for 2,000 years.

“This is an unparalleled archaeological laboratory,” Roi Porat, the Hebrew University archaeologist in charge of the excavations said, comparing it to Pompeii’s preservation in lava.

According to the Times of Israel visitors will be able to see a previously off-limit broad staircase leading up the graveside to the palace's main foyer.

“There are three tiers of support arches above the foyer, from when Herod decided to bury his palace but still needed access while he was still alive.

The foyer itself contains striped frescos in their original auburn, green and black, creating patterns mimicking marble panels, in line with the Judean royal style. 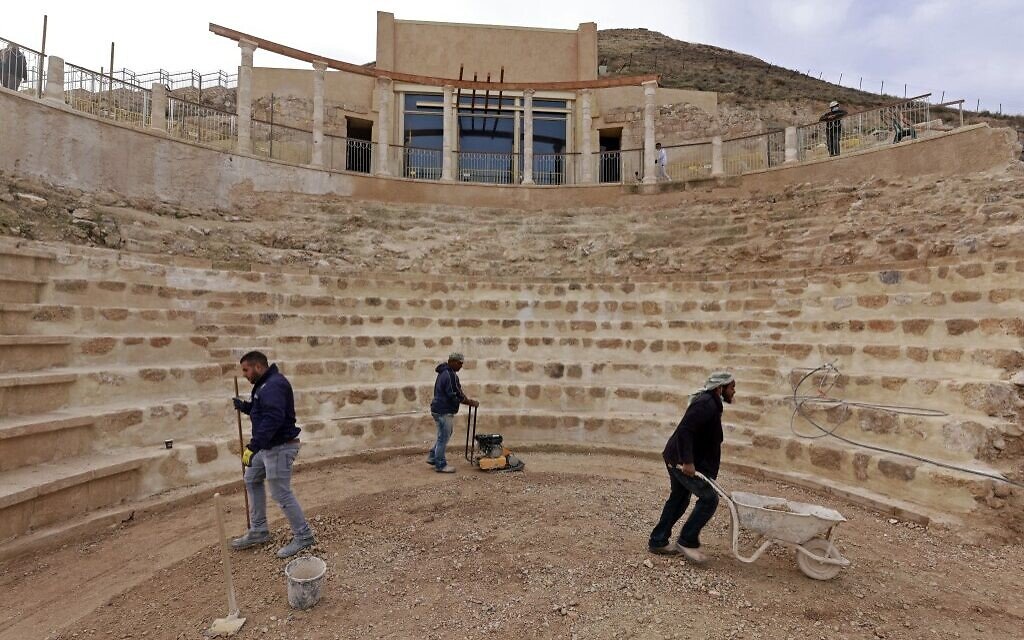 Workers keep flat the restored floor of the ancient theatre built by Herod the Great between 23-15 BCE in the Judaean desert, southeast of Bethlehem in the West Bank, on December 7, 2020. Credit: Menahem Kahana AFP

At the bottom of the stairs on the other side of the grave is the theatre with around 300 seats, and the private booth and royal visiting room overlooking it.

Herod hosted Marcus Agrippa, the second-in-command to Caesar Augustus, in that room in 15 BC, according to Porat. 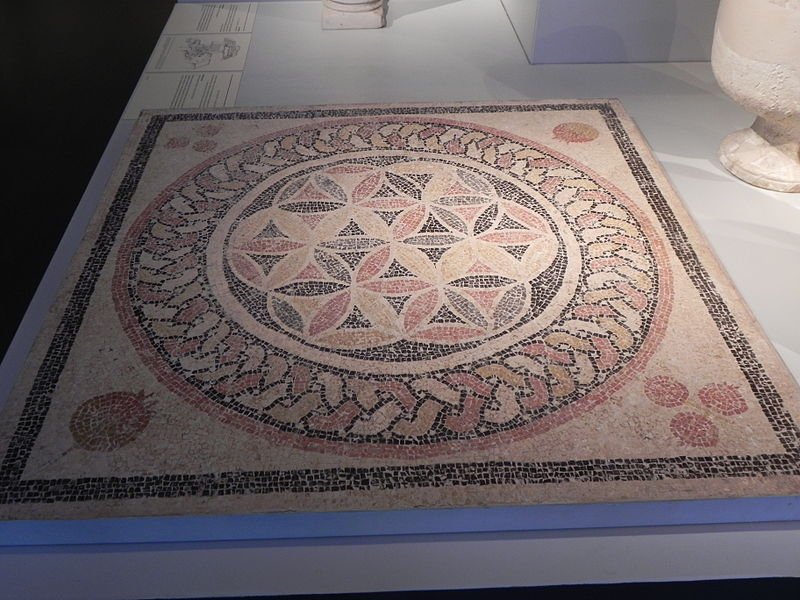 "This was an extremely important visit for Herod," Porat noted, with the Judean ruler redecorating the visiting room to include a series of drawings mimicking open windows and depicting Agrippa's conquest of Egypt, with bold and lavish stucco reliefs above.

"Prior to this, Herod followed Jewish tradition that avoided images of animals and people, but here, anything was possible," Porat said.

"It's truly a Roman capsule in Judea."

The excavation and preservation of the latest parts of the palace began some 13 years ago with the discovery of Herod's grave.

To Porat, the site illustrates Herod's mindset, "when all he's concerned with is how to preserve his memory to eternity."

"His name has been preserved here," Porat said.

"For the better or for the worse, the landscape here in this region south of Jerusalem has been changed."