Ellen Lloyd - AncientPages.com - At first glance the Karelian rock carvings do not appear to be different from other carvings around the world. However, these petroglyphs are considered some of the most complex and expressive examples of rock art in northern Europe.

What is extraordinary about them is that they display special light effects. Watching some of the Karelian rock carvings is like viewing a movie in a prehistoric cinema. 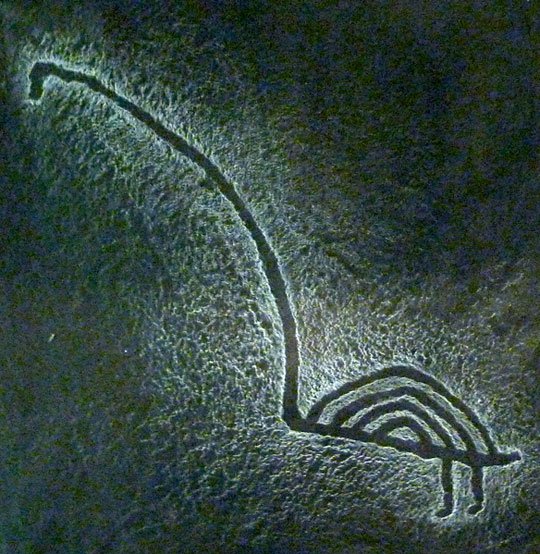 The rock carvings show scenes our ancestors wanted to preserve for future generations. It's quite remarkable how much time and effort the ancients must have put into these stunning ancient creations.

On the eastern bank of, the second largest lake in Europe archaeologists discovered about 1,200 rock drawings that are estimated to be from 5 to 6 thousand years. Lake Onega is found in the Republic of Karelia, Russia.

Although the Karelian rock carvings have been known for more than a hundred years, it took a long time before scientists made an effort to interpret and analyze the individual motives.

“With knives only made of rough stone, the artists cut figures of men, animals, birds, fish, reptiles, lunar and solar symbols, all on hard granite.

These men must have had a clear idea of what they wanted to show, also acute vision and steady hands, since a wrong cut in the silica could have ruined the picture for good. Granite is a canvas that will not allow corrections.

The choice of site is also interesting since they picked on rocks rising vertically from the lake waters, “said Konstantin Lauskin, a Russian archaeologist. 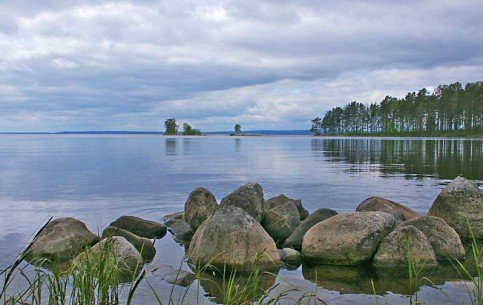 Why would our ancestors bother to carve images on difficult accessible hard rocks when it was much easier to construct the rock drawings in other places?

Was it because the ancients wished to create a prehistoric cinema for future generations? A study of the site indicates that the ancient artists were very familiar with various light effects.
“The designs on the cliffs become clearer in the sun’s rays at sunset, and it is clear that the artists chose them precisely because of the light-effects, not because of wishing to run risks,” explained Lauskin who had the luck to see some of the prehistoric drawings during the summer solstice.

“Before the sun went down the designs were confused, so that they could hardly be distinguished from below. But when the sun neared the horizon the granite shone dark-red and the variously colored lines of patterns were very clear.

This is a magnificent spectacle that can be scientifically explained. 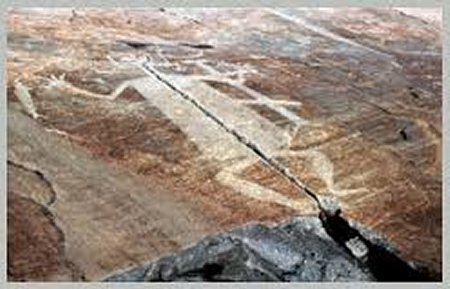 ding areas. Thus the incisions become alive, though the such luminous effects are not the only ones they have,” said Lauskin. 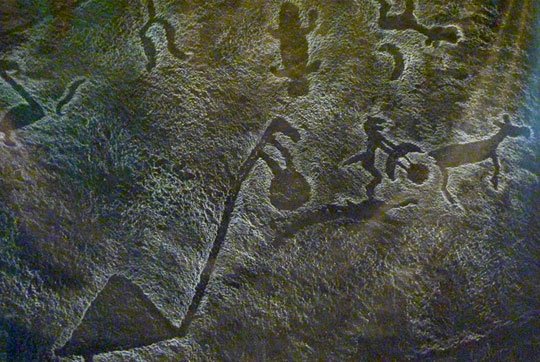 When you look at the rock drawings they appear primitive and insignificant, but they will surprise you. The carved images become alive almost before the sun rays touch the rocks! The depiction of the frog seems to turn into an elk. The hunter makes a movement with the hand and the campfire flickers. The entire spectacle on the granite lasts for a quarter of an hour until the setting sun makes the designs grow weaker.

The images on the rocks are also moving, but there is a scientific explanation for this phenomenon.

“Think of some luminous signs: if the light goes on and off regularly the signs will seem to be moving. The same effects can be seen here – groups of tiny prisms on the unequal surfaces of the designs act like lamps so that in certain moments some will become more luminous than others. The intensity of the light reflected will thus be different, as certain parts will shine more than others.

Both light sources are moving and whilst the sun is setting the angle of incidence of its rays is constantly changing likewise; whereas the water plays the part of a reflector. The incidence of the rays makes the various groups of prisms shine which gives the onlooker the impression that the whole design is moving,” Lauskin explained.

The creation behind the Onega petroglyphs is the work of a group of intelligent people. Watching the carvings when the sun rays touch the rocks, is like watching a movie that has reached us from the late Stone Age. History is alive in Karelia and the ancient movie is still playing…