AncientPages.com - The Classic Maya revered their divine rulers and treated them as living souls after death. In northern Guatemala, archaeologists have now unearthed an ancient tomb belonging to a Maya ruler.

Located at El Perú-Waka, about 40 miles west of the famous Maya site of Tikal near the San Pedro Martir River in Laguna del Tigre National Park, the tomb is of great historical interest because it is the oldest royal tomb yet to be discovered at the site.

In the Classic period, this royal city commanded major trade routes running north to south and east to west. 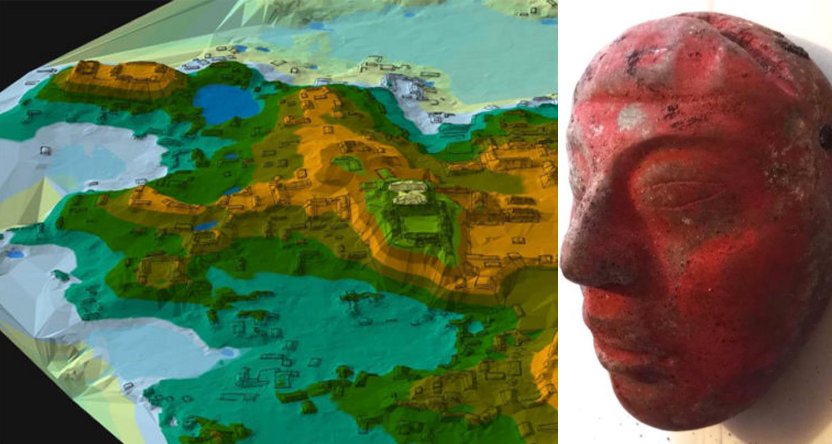 “This king’s tomb helped to make the royal palace acropolis holy ground, a place of majesty, early in the history of the Wak — centipede — dynasty. It’s like the ancient Saxon kings England buried in Old Minister, the original church underneath Winchester Cathedral,” David Freidel, professor of anthropology in Arts & Sciences at Washington University in St. Louis said.

The tomb, discovered by Guatemalan archaeologists of the U.S.-Guatemalan El Perú-Waka’ Archaeological Project (Proyecto Arqueológico Waka’, or PAW), has been provisionally dated by ceramic analysis to 300-350 A.D., making it the earliest known royal tomb in the northwestern Petén region of Guatemala.

Previous research at the site has revealed six royal tombs and sacrificial offering burials dating to the fifth, sixth and seventh centuries A.D.

Archaeologists are not entirely certain, but inside Burial 80 were remains of a mature man who most likely was King Te’ Chan Ahk, a historically known Wak king who was ruling in the early fourth century A.D. Unfortunately, the skeleton was not accompanied by inscribed artifacts and conclusive evidence is still lacking. 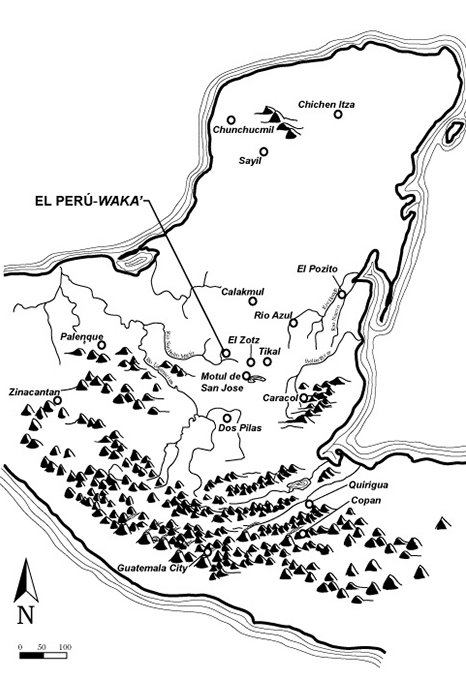 Map of the Maya world courtesy of Keith Eppich

Identification of the tomb as royal is based on the presence of a jade portrait mask depicting the ruler with the forehead hair tab of the Maize God. Maya kings were regularly portrayed as Maize God impersonators. This forehead tab has a unique “Greek Cross” symbol which means “Yellow” and “Precious” in ancient Mayan. This symbol is also associated with the Maize God. 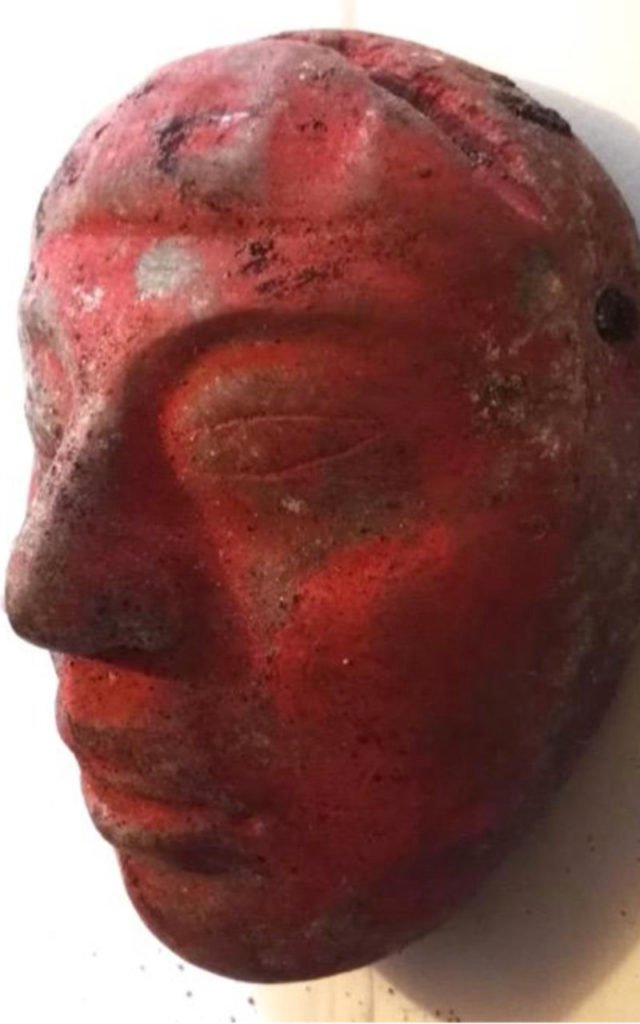 Jade mask from Burial 80, painted red with cinnabar paint. (Image: Courtesy of Proyecto Arqueológico Waka’ and the Ministry of Culture and Sports of Guatemala)

Robles and Menéndez discovered the mask under the head of the ruler, and it may have been made to cover the face rather than as a chest pectoral.

Archaeologists at Tikal in the 1960s discovered a similar greenstone mask in the earliest Maya royal tomb, dating to the first century A.D. 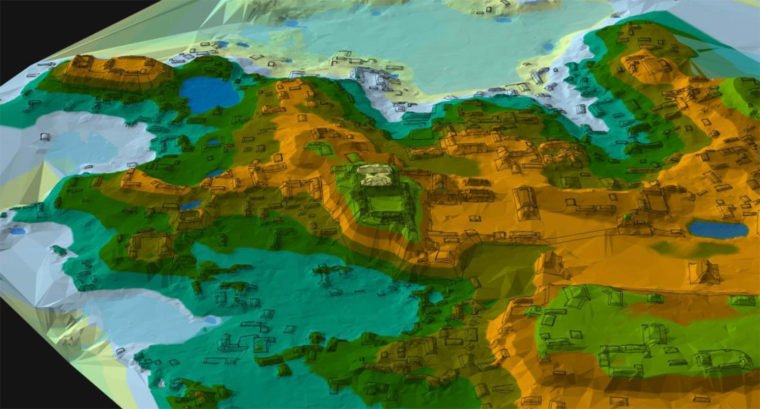 Palace Acropolis at the Maya city of El Peru-Waka in northern Guatemala. (Map by Damien Marken)

The remains of the ruler and some ornaments like the portrait mask were painted bright red. Burial 80 was reverentially reentered after 600 A.D. at least once, and it is possible that the bones were painted during this reentry.